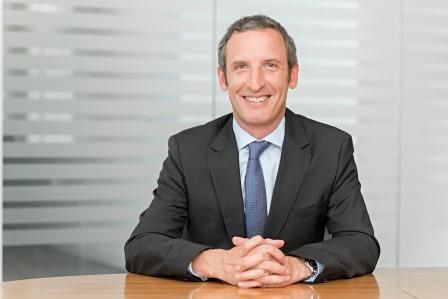 The global transition to renewable energy sources is now being driven by profit potential and no longer by government policy and subsidies.

The global transition to renewable energy sources is now being driven by profit potential and no longer by government policy and subsidies.

That’s the message from fund managers, ahead of the United Nations’ High-level Political Forum for Sustainable Development, which takes place in New York over 10 days, beginning on Monday 9 July.

The UN forum will include several events dedicated to monitoring progress in renewable energy adoption, including a review of Sustainable Development Goal seven (SDG 7) “Access to affordable, reliable and sustainable modern energy for all”.

In a statement released ahead of the event, the UK’s Association of Investment Companies (AIC), published a series of investment commentaries from British fund managers outlining the commercial appeal of renewables despite differing levels of support from governments around the world.

Jon Forster, co-manager of the Impax Environmental Markets fund, said: “President Trump’s withdrawal from the Paris Agreement may have grabbed headlines and suggested that the US has stepped back, but… at a state, city and corporate level, decision making is far more supportive.”

Ben Goldsmith, chief executive officer of Menhaden Capital Management, agreed, explaining that businesses have become much more aware of the financial advantages of embracing renewables that any reduction in support from government will not impact levels of progress.

He explained: “Businesses across industrial sectors are increasingly awake to the fact that using energy, water, raw materials and other resources more efficiently is a substantial money saver.

“So, irrespective of who is in the White House or what governments are doing to encourage investment into efficiency, it’s happening and on a huge scale.”

This week’s UN Sustainable Development Forum also includes a series of fringe events specifically dedicated to the future of renewable energy, including a seminar entitled “Bridging and Building to a Renewable Energy Future” on Thursday.

Philip Kent, director at GCP Capital and lead adviser of GCP Infrastructure, noted there remains more to do to reduce carbon emissions, however, with the UK’s Committee on Climate Change recently reporting net increases in emissions from transport and only minor reductions in farming emissions between 2012 and 2017.

He said: “The competitive tension between energy cost, security of supply and the green agenda will continue to challenge support mechanisms targeting all forms of renewable energy.”