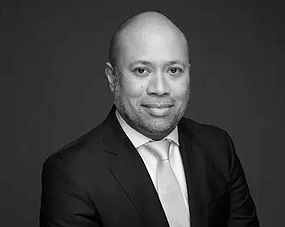 Without the participation of conventional sources, the UK will be subject to real issues of energy intermittency, says Victory Hill's Richard Lum

The need for countries around the world to transition away from fossil fuel dependence is clear. The central ambition of this year’s COP26 conference is to “harness the innovation and commitment of all…to move the global economy to net zero” in efforts to limit the damage wreaked on our environment. A number of governments have committed to this shared goal, with the UK administration aiming to hit the holy grail of net zero carbon emissions by 2050.

The UK, with its green consensus and vast technical expertise in the sector, could very well take the lead on sustainable energy on the global stage long after this year’s international conference has ended. It is already among the leading nations making progress to further its net-zero aims, primarily through the incentivisation of investment into more domestic renewable generation sources.

Successive governments have sought to position themselves as the administration that will ‘fix’ the issue of balancing the UK’s hunger for energy with the need to decarbonise the economy. Most recently the prime minister listed a 10-point plan designed to spark a “green industrial revolution”, a plan that, if successful, will see wind farms ramp up activity to produce four-times the energy they currently do by 2030.

However, more renewable generation is only part of the solution, and needs to be supplemented by further investment into demand side solutions, such as behind the meter distributed energy and energy efficiency projects, and the continued promotion of a balanced energy mix with less pollutive sources of conventional power (such as turbines run on natural gas) helping to firm supply on the domestic electricity grid.

Without the participation of conventional sources of energy, the UK will be subject to real issues of energy intermittency. This risk has already been evident. January saw the fourth warning this winter from the National Grid that the margin between the supply of energy against the demand was tight due to colder temperatures, low renewable output and low generator availability. Before this winter, there had not been such a ‘market warning’ for four years.

The UK government claims hydrogen will heat an entire town by the end of the decade; it has warned that buying gas-guzzling cars will be banned in the not-so-distant future; and it has pledged half a billion pounds to building out nuclear power options.

Combined, they make for an admirable roadmap. However, attention must also focus on reimagining the electricity network to be able to handle this influx of more localised power generated from cleaner sources. The now ageing network was originally designed to handle and connect energy generated from a few, large, conventional powerful plants running on fossil fuels such as coal, fuel oil and natural gas, not the varied and increasing number of individual generators the country now has.

The balancing system needs to adapt to the reality of incentivising standby capacity on the grid to accommodate fluctuating power from renewable sources, for example enabling greater capacity to store extra power generated on sunny or windy days in order to be despatched on grey, flat days – of which the UK has many.

UK energy infrastructure is the most important component to get right to ensure cleaner energy can be used efficiently and have its intended impact – that is displacing the need for fossil fuels by supplying consistent and reliable power across the country.

This will be the key if the UK is to lead the charge of decarbonisation. Working out how to balance ageing systems with the need to build out renewable power is a priority for many countries around the world. Harnessing the skills to solve the imbalances on UK shores will be crucial as the country steps out of its ‘carbon bubble’ and looks to joined-up efforts to tackle this global problem.

2021 could well mark a prime opportunity for the UK to take the reins of the climate change debate, particularly as the world waits to see how the US will make an impact under a climate-conscious Biden administration.

However, it is only after we acknowledge and address the shortcomings of its own system that the UK can lead the way in ensuring not only a cleaner, but a more sustainable energy system for the future – one that does not have to sacrifice the natural environment in order to grow.