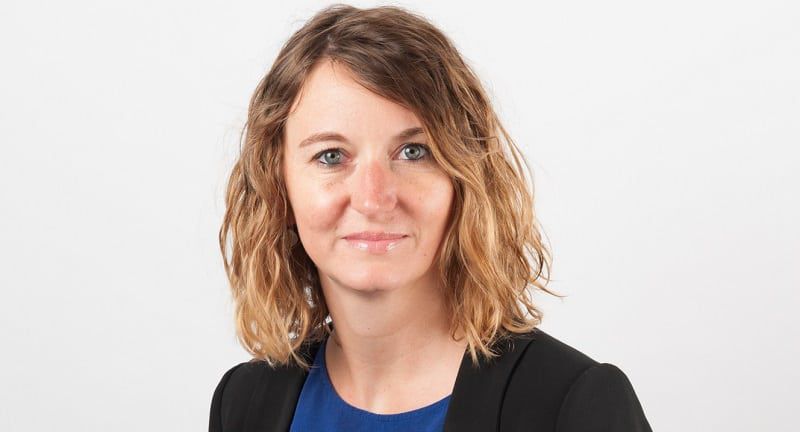 “Many companies claim a bond is green or ethical,” says Noelle Cazalis

On paper, it sounded like an obvious investment for Rathbone Ethical Bond Fund, which focuses on socially-responsible fixed income instruments. But Rathbones turned it down.

The problem was that Unilever still engaged in animal testing.

“We had a lot of debate about whether we should invest in it,” explains Noelle Cazalis, assistant fund manager at Rathbones. “It’s a green bond to help the transition towards more energy-effective business. But we took the view that this does not mitigate against the other reasons why it was excluded.”

“The industry as a whole has needs to be as transparent as possible and make sure all the information is available – only then can investors properly assess whether it meets their criteria.”

“Many companies claim a bond is green or ethical,” Cazalis adds. “You need to be rigorous [in your analysis].”

Jones and Cazalis conduct investment analysis at Rathbones’ London HQ while a team of researchers at the group’s Bristol office probe an issuer’s compliance criteria.

“We had a few investments that we thought would pass our criteria but our research team flagged risks in terms of governance, so we decided to avoid them,” she says.

A TEST OF TRANSPARENCY

Another warning sign can be an issuers’ lack of transparency Cazalis says, adding that a couple of years ago, a prominent British supermarket chain refused to answer questions the fund sent in, which was enough to mark it down to exclusion.

“The industry as a whole needs to be as transparent as possible and make sure all the information is available – only then can investors properly assess whether it meets their criteria.”

The European SRI Transparency Code provides a reasonable benchmark for the industry, Cazalis says, “but it’s only a start”.

The Ethical Bond Fund is invested in a number of charitable trusts and social housing organisations and the bonds are typically between 7-13 years in length.

The Canal & River Trust recently issued a private placement of about £100m (€112.5m) to a handful of institutions. The trust took over the running of Britain’s rivers and docks from the British government five years ago. “They do a lot in terms of transforming the canals and the waterways around the country,” Cazalis says.

The trust owns of a lot of property assets around Britain’s waterways which it rents out. Bondholders have the security of the asset to fall back on should it default.

Another investment is British social housing association Places for People which manages for more 182,000 homes sits on assets in excess of €3.3bn.

“As a social housing provider, it puts a strong emphasis on building communities around their new developments,” Cazalis says.

“As a not-for-profit a lot of the revenues get reinvested creating a kind of virtuous cycle. They cover all their costs from the social housing, which has very reliable cash flows. The group has very low voids and are always running at full capacity which means that in terms of servicing their debts they are very predictable,” she adds.

“And they are very transparent.”