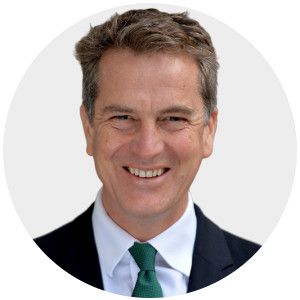 Liontrust has unveiled the board members of its upcoming ESG Trust, as well as a timetable of expected dates.

The UK-listed fund manager announced its plans to launch an investment trust in April, a first for the company, citing client demand for exposure to its sustainable investment team via a closed-ended mandate.

Peter Michaelis, lead fund manager of the new trust, also told ESG Clarity the structure of the vehicle will enable the team to move further down the cap scale and access smaller, less liquid companies that are offering pure plays in sustainable themes.

In the latest announcement, has announced Richard Laing as chair of the board and three other directors, including two women.

Laing is on the board of Tritax Big Box REIT, Leeds Castle Foundation and JP Morgan Emerging Markets Investment Trust, and also chairs 3i Infrastructure.

Clare Brook and Kunle Olafare join the board as non-executive directors, while Sarah Ing takes the position of chair of the audit and risk committee.

Ing is currently a non-exec director at CMC Markets and XPS Pension Group, where she is also char of the ESG committee, while Olafare has been the chief executive and client director of SK Financial, a London based independent financial planning firm, since 2016.

Liontrust also announced its expected timetable (above) with the trust to begin trading on the London Stock Exchange on 5 July.

The Liontrust ESG Trust will be managed by Michaelis, Simon Clements and Chris Foster, part of the 13-strong Liontrust Sustainable Investment team that run around £10bn in assets under management across a range of open-ended equity and fixed income strategies.

It will be managed following the same process used across the open-ended range, but will have the capacity to focus on companies that come up in research at the smaller end of the scale that are not frequently included in the OEICs.

Michaelis told ESG Clarity: “We don’t launch new products lightly – our last was in 2014 – but there is clear demand for ESG products. We have been running the open-ended funds over 20 years so the growth to £10bn hasn’t happened overnight, although it has been strong over the past five years.

“While there is this clear demand, there isn’t much product in the closed-ended space, and we have a contingent of investors that like the investment trust structure for our sustainable future approach.”

Another key differentiator of the trust from the open-ended range is 10% of the management fee will be used to fund research to identify and develop financial instruments covering those UN Sustainable Development Goals (SDGs) that are currently uninvestable.

Michaelis said when assessing the funds’ exposures to the SDGs they realised there were a number of significant Goals that were not being addressed.

“There aren’t any large investment options to deliver on poverty, hunger and biodiversity, for example.

“We felt we should start to develop ways to support those SDGs from an investment perspective but working with partners such as Fair Finance, who figure out ways to lend to people that do not fit classic credit scores.

“This is a very long-term project will combine our investment expertise with that of our partner to create a scalable investment that could lead to an ESGT investment in the future.”