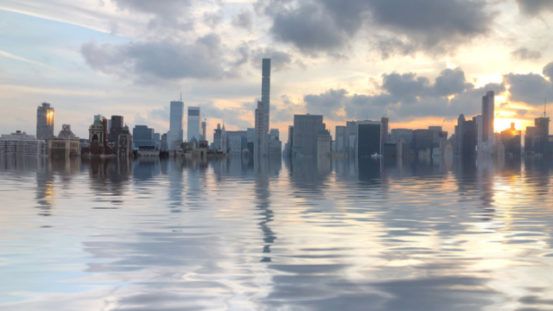 Exceeding global warming by 1.5°C, even for a short time, will bring irreversible impacts for people and planet, according to the latest Intergovernmental Panel on Climate Change (IPCC) report.

In the second assessment report WGII – Impacts, Adaptation and Vulnerability, which follows the IPCC’s first report on the impact of climate change in eight years released last August, a world-leading group of scientists warned there is a fast-narrowing window of opportunity to address the climate crisis

“If global warming transiently exceeds 1.5°C in the coming decades or later then many human and natural systems will face additional severe risks, compared to remaining below 1.5°C.

“Depending on the magnitude and duration of overshoot, some impacts will cause release of additional greenhouse gases and some will be irreversible, even if global warming is reduced,” the report stated.

The dangerous disruption to nature from man-made climate change is already affecting billions of people and it is the people and ecosystems least able to cope which are being hardest hit, the scientists said.

Commenting on the risk of overshoot, Hoesung Lee, chair of the IPCC, said: “This assessment for the first time analyses assesses in great detail, the impact of a temporary overshoots.

“And the report clearly indicates that there will be some impacts that will be irreversible, even if the temperature will return to 1.5°C at the end of the century. That is one of the major findings of this report.”

Lee said the report was “a dire warning about the consequences of inaction.”

He continued: “It shows that climate change is a grave and mounting threat to our wellbeing and a healthy planet. Our actions today will shape how people adapt and nature responds to increasing climate risks.”

The report authors warned that increasing numbers of extreme weathers across the world such as heatwaves, droughts and floods are exceeding plants’ and animals’ tolerance thresholds. The trend is driving mass mortalities in species such as trees and corals and the “cascading” impacts are becoming increasingly hard to manage, the authors stated.

The IPCC condemned action on adaptation to climate change so far as being “uneven”, stating there are growing gaps between action taken and what is needed to deal with the increasing risks. These gaps are largest among lower-income populations, the authors noted.

“This really raises the profile of the adaptation agenda because we need to think about not only how we adapt to those changes in ecosystems… but what do we do with the human societies that are impacted by these changes?

“Again, this talks to the need to tie in our climate change response with a strong development response so vulnerable communities have social safety nets – we put in place basic infrastructure, we think about realignment of financial resources.”

With more than half the world’s population living in cities, the IPCC stated there needs to be action taken to make these places more resilient to the impacts of climate change.

Dr Roberts spoke of the combination of growing urbanization with climate change creating “complex risks” for those in cities.

She expressed some optimism for the chance to drive adaptation efforts in urban areas:

“There is no doubt that cities offer us an important global scaled, but time-limited, opportunity to act to increase our adaptive capacity.

“The opportunities in urban areas are multiple – around planning and design of infrastructure, bringing nature back into the city.

“So often we’ve thought about nature as something that occurs outside city borders. But our report points out very clearly that if we bring nature back into the city, protect our floodplains have trees along our streets, we can do a great deal to increase our adaptive capacity to deal with the impacts of floods, heat stress, improve health.”

The two reports are due to be followed up with a paper from the third working group, WGIII – Mitigation of Climate Change, and three special reports – Global Warming of 1.5°C, Climate Change and Land and The Ocean and Cryosphere in a Changing Climate.