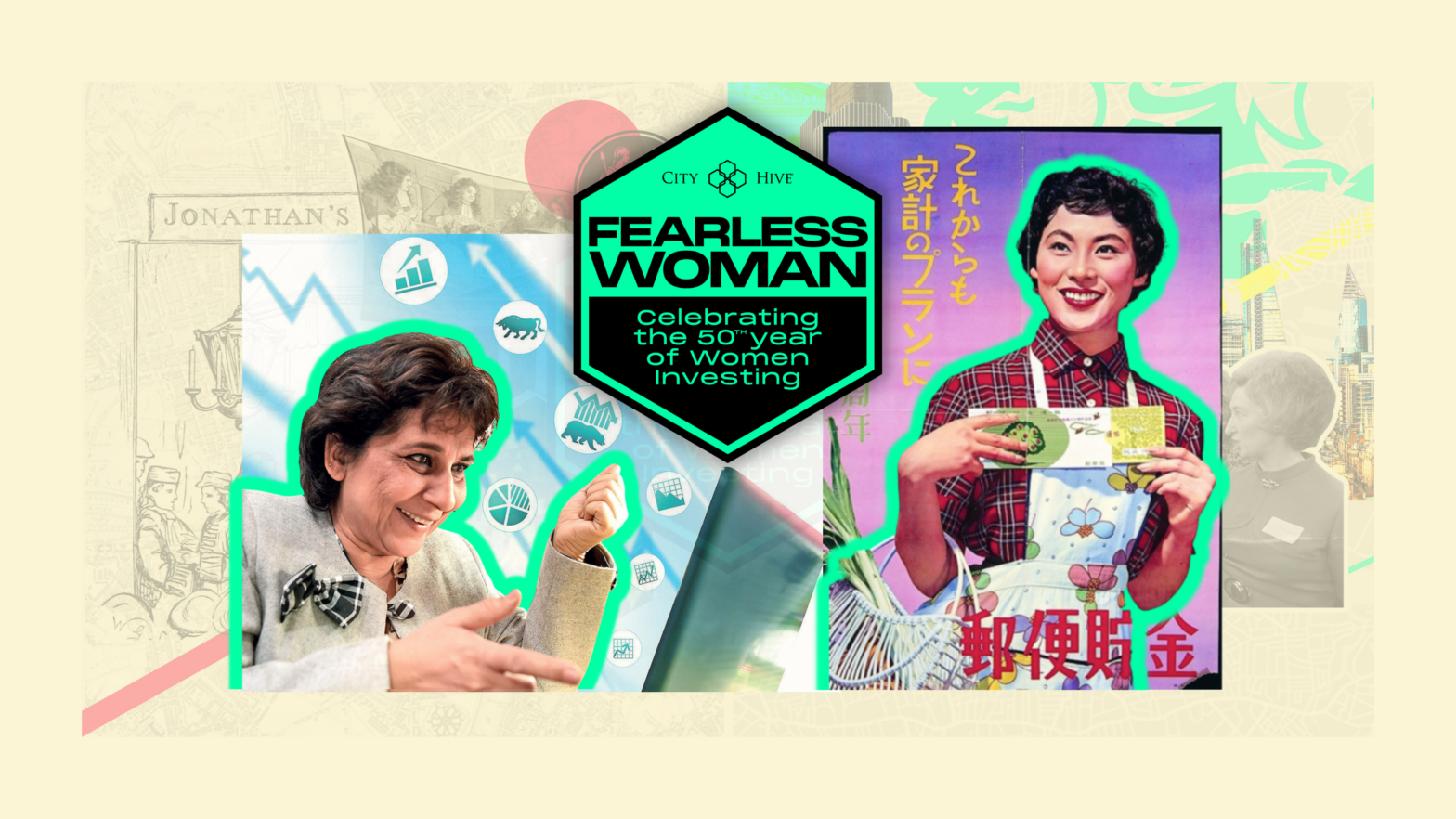 ESG Clarity is delighted to support the City Hive campaign celebrating 50 years of women investing in the UK. In this piece, the organisation takes a look at the impact of the gender data gap on women.

With women finding themselves feeling excluded from the investing world, we’ve witnessed the rise of financial influencers using their platforms to make investing more inclusive, opening the space up to a wider audience who may not have previously felt encouraged to engage with the industry.

We tend to associate this movement more with present day social media platforms. However, back in the early 2000’s, women were still finding alternate ways offline to encourage fellow women to break into investing, even when it seemed inaccessible them. One unlikely yet successful example of this in international markets is the trend of Mrs Watanabe.

Rather than being an individual, Mrs Watanabe (a common Japanese surname) is the collective term used to describe the Japanese housewives who created a financial and cultural phenomenon. These unlikely investment mavens rose to prominence in the early 2000’s when, in a bid to maximise their family savings in the face of low interest rates, they began engaging in currency trading. The women did this by buying yen at low rates, then made a profit by trading it for a high growth currency, often Australian dollars.

As the yen continued to fall over the course of the decades, Mrs Watanabes across Japan began to make high risk, high reward trades, having such an impact on both Japanese and global markets that they’ve been credited with helping to stabilise the fluctuating yen. This determination to grow their family pots, led to the Mrs Watanabe movement reaching cult status, and inspiring similar phenomenon’s such as India’s Mrs Gupta.

In the same vein as Mrs Watanabe, Mrs Gupta is characterised as a typical traditional Indian housewife who has made an unexpected entrance into the world of investment and encouraged others to follow suit. In February 2020, only 10% of intraday traders in India were women. According to India’s retail stock brokerage Sharekhan from January 2020 to January 2021 the number of women opening Demat accounts, which are required for equity trading, rose by 77%. While the Mrs Gupta movement hasn’t quite followed the same path as Mrs Watanabe, when coupled with the impact of the global pandemic, it has reportedly led to a rise of female day traders in India.

This boom in day trading is an opportunity for Indian women to make a real impact on the traditionally male-dominated market and establish themselves as an investing force to be reckoned with. In addition to this, a recent study by Len Den Club, India’s top peer-to-peer lending platform, found a 430% rise in investments by millennial women in peer-to-peer lending.

Women have repeatedly demonstrated their ability and desire to navigate their own investment path, even when excluded. While the far-reaching influence of the Mrs Watanabe and Mrs Gupta movements will long remain the stuff of legend, the continued emergence of alternative routes of investing highlights our industry’s failure to engage, serve and help all.

The outcome of this is women being driven to seek information and support elsewhere. While this can be seen as empowering, there is also the risk of seeking advice from unregulated, and in some cases unqualified sources, a topic that we will explore further in coming weeks.