Do you mined? Impact of electric vehicles 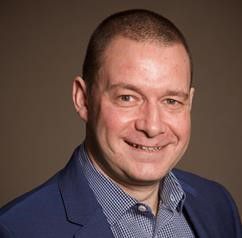 The widespread adoption of electric vehicles (EVs) and renewables in general, is key to the decarbonisation of our society, with the transportation sector emitting roughly 16% of global CO2 emissions.

This transition though, does not, and will not, come without its challenges.

Mined raw earth materials are used in the production of electric vehicles and various renewable assets, whilst energy consumption to make an electric vehicle battery is generally above the consumption of an Internal Combustion Engine. However, the long term positive impact, and the necessity to transition to a low carbon society, means these investments have a long term role to play.

The raw material demand for a battery in an EV does attract a lot of attention for both environmental and social reasons, with many raising concerns over the implications of mining.

The most common type of battery used in an EV is lithium-ion, a battery type that has advanced following its use in portable devices such as laptops and phones to now be more stable and have increased longevity versus its peers.

Lithium is either sourced from salt lakes in Chile and Argentina (lithium carbonate) or from hard rocks in Australia (lithium hydroxide). Lithium hydroxide has become a more popular lithium chemical as its better suited for long distance vehicles, however this means the production has shifted to hard rock sources, meaning the process uses higher carbon intensive technologies to extract the material, and is therefore more carbon intensive versus lithium carbonate.

A recent FT article highlighted other environmental concerns with battery material mining, this time with the dumping of mining waste by Chinese firms in Indonesia; a country set to account for the vast majority of growth in nickel mining. Demand for nickel is expected rise by 6 times between now and 2030, with batteries now increasingly reliant on nickel due to it improving the density and therefore range of an EV.

Llithium, nickel, cobalt, and other materials that make up the EV’s battery all carry a carbon footprint for mining, processing, and cathode material manufacture. A recent FT article highlighted that carbon taxes will provide some incentive for companies to shift to greener mining and production, although they suggest a price rise to $110 a tonne by 2030 is required to meet the two degree scenario of the Paris Climate Agreement. Some way to go from the $31 level at current.

This also raises the question over who is going to fund the transition. In the latter part of June, Europe’s largest steelmaker ArcelorMittal warned that it would cost up to €40bn to decarbonise their operations, with many other carbon intensive industries looking at hefty bills and potential stranded assets along the road.

The commitments to transition in mining will likely fall on mobility, by moving away from diesel machinery and carbon intensive transportation, with electrification the most likely scenario but also some years away. Other technologies are being trialled, such as Anglo American’s move to convert some of their large-scale mine trucks to hydrogen power, with a full rollout expected should the technology prove resilient.

Beyond environmental, the societal impact is also rather alarming. Due to the reliance on minerals in certain underdeveloped regions, the prospect of labour issues within the supply chain, including child labour concerns, general health and safety issues as well as corruption issues, are heightened.

Much of the focus here is on the Democratic Republic of Congo due to the 150,000 ‘artisanal’ or informal miners conducting activity in small areas where large industrial scale mining companies neglect.

This raises the prospect that cobalt which is illegally mined by children makes its way into the supply chains, predominantly via Chinese refineries, where by this stage, the original source is more often than not, simply not traced.

This raises questions over producers of electric vehicles (and other manufacturers) for failing to carry out full due diligence and ensure the minerals confirm to the OECD guidance on Responsible Supply Chains.

One approach to combat this is to allow the informal minors to form licensed co-operatives whereby there is an added level of scrutiny to help reduce accidents and child labour. In return, the informal miners receive a cut from their mined goods that are sold onto designated buyers, with many also receiving financial support to pay medical bills etc.  Due to the reliance on the commodity for the local community, you feel this approach is more suitable, with added scrutiny on the ground, which assists with supply chain due diligence.

See also: The underappreciated consequences of the EV revolution

Tesla said it “recognizes the higher risks of human rights issues within cobalt supply chains, particularly for child labour in the DRC we have made a significant effort to establish processes to remove these risks from our supply chain”.

Tesla have in place human rights and conflict minerals policy as well as a supplier code of conduct. They also collect data and map their supply chain to the Responsible Minerals Initiative (RMI) Cobalt Reporting template which allows companies to conduct due diligence according to OECD and UN principles. They also require all battery suppliers to complete third party audits to ensure they comply with the OECD guidelines and the commitments adopted by the RMI.

Tesla and CEO Elon Musk have been open about phasing out the reliance on the controversial mineral, with Tesla’s batteries favouring nickel over cobalt, meaning there is less reliance on the metal than other battery suppliers. How

In China, they use CATLs lithium-iron phosphate battery cells that use no cobalt, although this means the vehicles have a lower range. Tesla are working alongside CATL to develop next-generation technology and we await Tesla’s ‘Battery day’ in September where they are expected to announce some game changing developments.