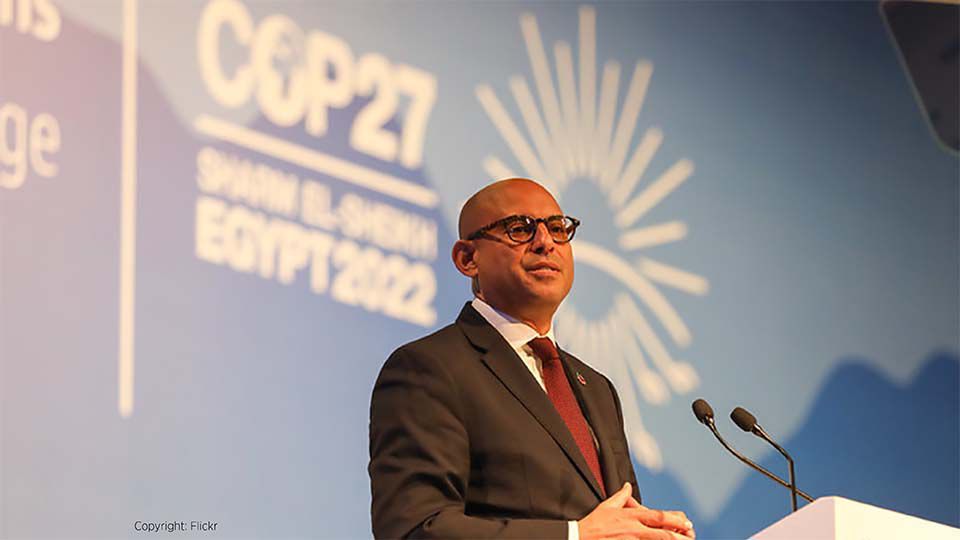 The message for world leaders to come together and prioritise tackling climate change over other crises was hammered home in the opening speeches at COP27.

As proceedings kicked off in Red Sea resort of Sharm el-Sheikh, Egypt, the UN’s climate change executive secretary Simon Stiell (pictured) said it was “vital” for countries to work together as greenhouse gas emissions are not coming down at the required speed or scale, and that leaders shouldn’t let war or food and energy crises get in the way.

“The fear is other priorities take precedence. And they are important, but not one single crisis is more impactful and critical than climate change.

“It is vital to come together to tackle climate crisis. If we are able to do that than we have a chance to move the agenda forward. We will be supporting parties to come with as much ambition as possible.”

After reiterating again the need to come together at COP27 – which has the theme ‘together for implementation’ – he added: “The delegation and parties now need to decide how much of the politics influences the technical progress we need to make.”

Both Stiell and Sameh Shoukry, COP27 president, also pointed to climate change effects seen in the past year as a reason to propel actions forward:

“Science is telling us and what we are seeing all around the world is climate change is ever present and will only get worse,” Stiell said noting the floods in Pakistan, which has displaced communities and caused loss of life, and the heatwave in Europe.

Shoukry added that ‘loss and damage’ had been added to the agenda for the first time at a COP, which he described as: “A fundamental issue that has to be addressed. We have seen the consequences of climate change just in last year affecting millions of people around the world.

“We hope that parties continue in the spirit of finding common areas to agree on the process that loss and damage can be managed in a timely manner….It is inherent on us all in Sharm el-Sheikh to demonstrate our recognition of the magnitude of the challenges we face and our steadfast resolve to overcome it.”

UN secretary-general Antonio Guterres also issued a stark warning to COP27 delegates that “we are in the fight of our lives” and “on a highway to climate hell with our foot on the accelerator”.

Sharing Stiell’s calls for leaders to prioritise the climate crisis, Guterres said climate change is “central challenge of our century” and that putting it on the “back burner” would be “unacceptable, outrageous and self-defeating”.

“Global temperatures keep rising. And our planet is fast approaching tipping points that will make climate chaos irreversible,” he said.

Meanwhile, UK prime minister Rishi Sunak, who arrived in Eqypt on Sunday night after reversing a decision to not attend, talked about “collective will” to cap the global rise in temperature.

He confirmed the UK will stick to its commitment of providing £11.6bn in climate funding – and it will triple its funding on adaptation to £1.5bn by 2025, Sky News reports.