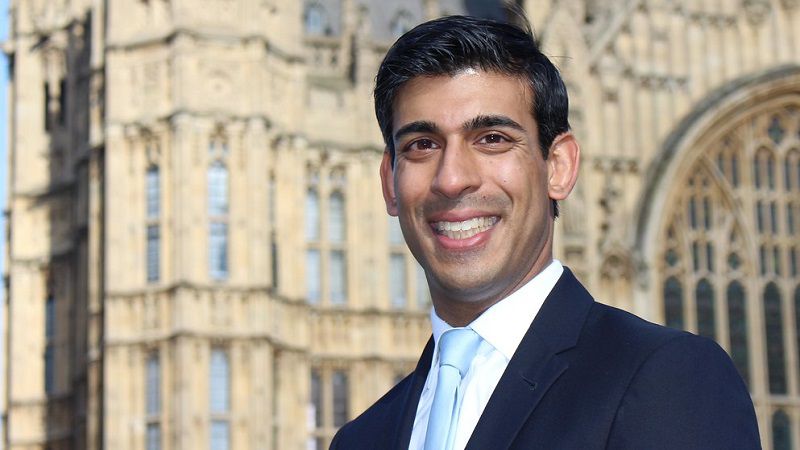 “This will be the first in a series of new issuances, as we build out a ‘green curve’ over the coming years helping to fund projects to tackle climate change and create green jobs,” he said on 9 November.

Announced in Parliament and again at the Green Horizon Summit, the Chancellor set out three plans intended to “ensure a positive and fair transition to net zero.”

The first was the sovereign green bond announcement, about which Nick Robins, professor in practice – sustainable finance at the Grantham Research Institute, London School of Economics and Political Science, said: “A UK green gilt will be a powerful mechanism to mobilise private capital for key national priorities on climate action and recovery from Covid-19. It will be a powerful signal to companies and communities of the potential to use finance to enable a just transition to a sustainable economy.  It will also open up new avenues for international cooperation on sovereign bonds in the run-up to COP26.”

It has been welcomed by many fund managers, who may now be able to buy government bonds for the first time.

For example, Rathbones fixed income fund manager Bryn Jones said: “Until now, we have been unable to hold conventional gilts in the Rathbone Ethical Bond Fund because the proceeds of these can be used, for example, for armaments, which contravenes our exclusion criteria.”

He added: “The step to issue ring-fenced sustainable gilts is something we have been calling for from the UK Treasury for many years. Clearly, the new sustainable bonds will need to meet the financial criteria as well. They will provide another tool to manage duration, liquidity and risk.”

Meanwhile, Simon Bond, director of responsible investment portfolio management at Columbia Threadneedle Investments, commented: “Green gilts have the potential to scale up the UK’s drive to a net-zero carbon economy and reinforce its reputation as a centre for financial innovation. They can also help ensure that the drive towards net-zero doesn’t come at a cost to those members of society who are least able to bear it, especially following the coronavirus pandemic.

“To that end, I can see green gilts underpin economic recovery and level up infrastructure spending across the country. Proceeds can be directed into projects such as renewable energy provision or better transportation systems. Importantly, those projects will also create much needed green collar jobs. So, it’s not just about the environment – there are huge potential social benefits, too.”

The second announcement from Sunak was the UK will be the first country in the world to make Task Force on Climate-related Financial Disclosures (TCFD) aligned disclosures mandatory.

“It is as important for Fidelity to perform as highly against the broad spectrum of ESG principles as the clients we serve and companies in which we invest. That’s why we have taken the decision to publish our own TCFD report by year end.”

Saker Nusseibeh, CEO at the international business of Federated Hermes, said: “Requiring UK companies to make mandatory disclosures against the TCFD framework will move discussions from the ‘whether’ to the ‘what’ and ‘how to’ stage: this is an extremely positive development.”

Sunak also announced the UK will also implement a green taxonomy to better understand the impact of firms’ activities and investments on the environment and support the transition to a sustainable economy.

The UK taxonomy will take the scientific metrics in the EU taxonomy as its basis and a UK Green Technical Advisory Group will be established to review these metrics to ensure they are right for the UK market.

Meanwhile, during a speech also given at the Green Horizon Summit, Bank of England governor Andrew Bailey announced a new deadline for banks and insurers to publish climate stress tests, after it was postponed this year when the pandemic hit.

Banks and insurers will need to explore three different climate scenarios, testing different combinations of physical and transition risks over a 30-year period, from June 2021.

Bailey said in his address: “Last year, we became the first central bank and supervisor to set out supervisory expectations for banks and insurers on the management of climate risks.

“As a central bank we are not only concerned with resilience at a micro-level, but also at a macro-level. That is why in July 2019 we announced our plan to launch a climate stress test exercise. When the pandemic hit, we decided to postpone the exercise in light of strain on firms’ resources, and to ensure the ambitious scope of the exercise could be maintained. We have used the extra time to continue our work on the design of the exercise, and firms have been busy preparing for it. And today I am pleased to announce a launch date, June 2021.”

The governor added the exercise will size the risks faced in the three climate scenarios, and understand “how different bank and insurance business models will be affected and how they might respond”. It is also hoped it will improve firms’ risk management processes.

He also added that the BoE has consulted with groups and will share more details on the key aspects of the reporting, for example around data requirements and scenario variables, in due course.

“As we have set out in our supervisory expectations, firms must assess how climate risks could impact their business and review whether additional capital needs to be held against this. Investments that look safe on a backward look may be existentially risky given climate risks. And investments that might have looked speculative in the past could look much safer in the context of a transition to net zero. Uncertainty and lack of data is not an excuse.

“We expect firms to make reasonable judgements rather than default to “zero”. UK banks and insurers must work to develop these capital assessments over the coming year and the Bank will be working in tandem to develop its approach to reviewing them,” Bailey added.