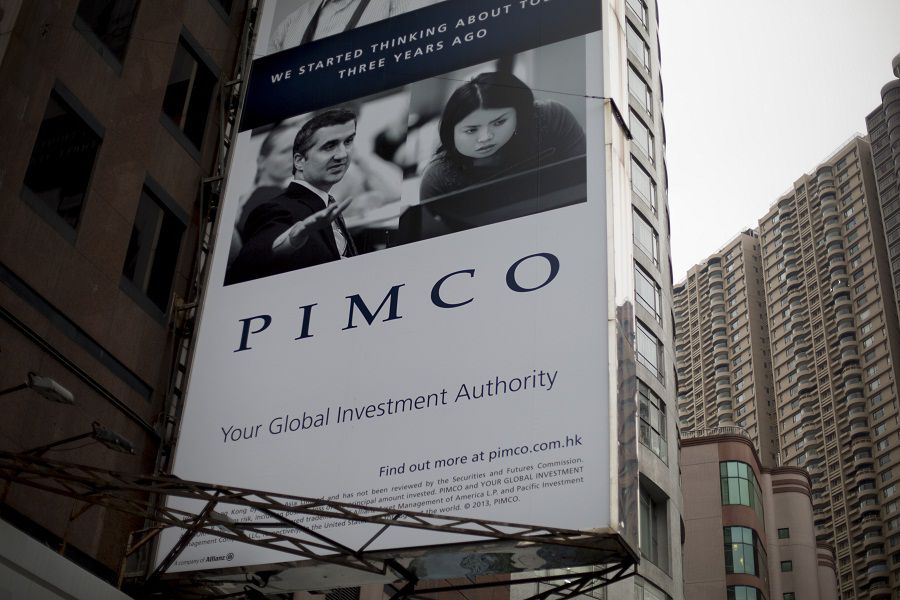 A group of Wall Street giants has decided to sit out one of the industry’s biggest coalitions: the Glasgow Financial Alliance for Net Zero.

In total, the eight holdout firms Bloomberg News contacted represent more than $17trn in assets, which is more than the combined gross domestic product of the European Union. Asked why they opted out, the asset managers pointed to their fiduciary duty and to a reluctance to be bound by external rules.

Mark Carney, the co-chair of GFANZ, has spent much of 2021 trying to appeal to the financial behemoths steering capital flows to commit to decarbonization. He’s sought to cater his arguments to a community that’s laser-focused on making money.

In a recent interview, the 56-year-old assured skeptics that a commitment to net-zero carbon emissions needn’t hurt their bottom lines. “Certainly not on a risk-adjusted basis,” Carney said.

But his efforts have fallen flat in some key circles. And even though Carney occupies a seat on Pimco’s advisory board, the $2.2trn asset manager insists that joining would be a dereliction of its fiduciary duty. (Pimco’s owner, Allianz, is a member of three GFANZ sub-alliances.)

Ryan Korinke, managing director and global head of sustainability at Pimco, said the firm “strongly supports climate and sustainability related initiatives”. It also offers a “full range of strategies and products” that allow it to manage client money in a manner that’s consistent with net-zero goals, he said, describing Pimco as “a leader” in incorporating environmental, social and governance considerations into its investment process.

“However, as a fiduciary, we don’t believe it’s appropriate to make specific commitments on our clients’ behalf, especially given the complexity of the long-term challenges ahead,” Korinke said. For that reason, Pimco hasn’t joined GFANZ, he said.

A spokeswoman for Fidelity Investments, which manages $4.2trn, said “we very much agree with what zero emission pledges like GFANZ is doing.” Fidelity has “approached these issues with a thoughtful and strategic investor mindset,” and after careful consideration, the company has opted to “make independent commitments rather than sign on to shared pledges”, she said.

Capital Group, which manages $2.6trn, is “making progress” on the same issues being targeted by GFANZ, said Jessica Ground, its global head of ESG. The firm is “aligned with the underlying objectives” of GFANZ, and is “committing significant resources to assessing the progression and impacts of this structural challenge”, Ground said. But it too has so far avoided the alliance.

“However, we will only do so once our data gathering and analysis is complete on how emissions cuts can best be implemented,” she said in an emailed statement. Moret added that Northern Trust already employs “many of the practices outlined” within the framework, and is “committed to provide transparency around our plans once the data gathering and analysis are completed”.

GFANZ was convened by the United Nations in April and comprises six sub-alliances, plus the Paris Aligned Investment Initiative. Michael R. Bloomberg, the owner and founder of Bloomberg News parent Bloomberg LP, has been co-chair of GFANZ together with Carney since November.

A spokeswoman for GFANZ said the group has “engaged with firms across the entire global financial spectrum”. The alliance “would encourage anyone not part of GFANZ to join the race to zero and work with their peers, scientists, the UN and NGOs to accelerate the transition to a net-zero global economy”, she said.

Achieving net zero no later than 2050 is crucial to limiting the average temperature rise to 1.5 degrees Celsius. If humanity fails to meet the moment, the planet faces a potentially catastrophic trajectory of overheating, the UN has warned.

“It matters that some of the world’s largest asset managers refuse to act on climate change and continue to actively exacerbate the climate crisis,” said Colin Baines, investment engagement manager at Friends Provident Foundation, a charity that uses its endowment to push for a fairer and more sustainable economy.

He characterized the fiduciary concerns raised by some firms as “an excuse” for inaction. “There is nothing to stop asset managers adopting minimum standards or acting responsibly. It is entirely about the will to do it.”

While some climate activists have lambasted GFANZ as being a toothless branding exercise — Reclaim Finance called it “all talk, net-zero action” — few question the make-or-break necessity of achieving climate neutrality by 2050.

The more than 450 GFANZ signatories representing 40% of global finance assets — including BlackRock Inc., Vanguard Group Inc., JPMorgan Chase & Co. and Citigroup Inc. — have promised to use science-based guidelines to reach net-zero carbon-dioxide emissions by mid-century, and to provide 2030 interim goals.

While GFANZ is a voluntary alliance with no enforcement mechanism, the UN has said it’s working on a framework to monitor net-zero goals that will help ensure those making such pledges are held to account.