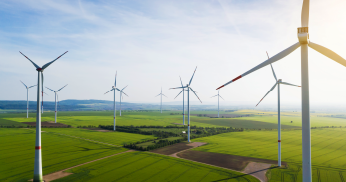 Zero Emissions Day today is a chance to give the world a breather from greenhouse gases. But it faces a bigger challenge than ever as fossil fuels demand rebounds.

The movement, marked each year on 21 September, aims for a global 24-hour moratorium on the combustion of fossil fuels.

Last year, with countries all over the world in lockdown due to the Covid-19 pandemic, global CO2 emissions declined by a record 5.8%, or almost 2 Gt CO2, to 31.5 Gt according to the International Energy Agency (IEA).

One day without energy-related CO2 emissions in 2020 would have meant 86.3 megatons less of carbon dioxide going into the atmosphere.

This year, with energy-related emissions projected to go up 4.8%, a successful one-day moratorium would bring the Earth respite to the tune of 90.4 megatons of CO2.

The UN has recently expressed concern about the trajectory of carbon emissions. Following a synthesis report on states’ nationally determined contributions, the UN said it is worrying the commitments made by signatories to the Paris Agreement will lead to GHG emissions going up 16% from 2010 to 2030. The UN said this could lead to a 2.7C global temperature rise by the year 2100.

In response to the pressure to reduce emissions there have been plenty of innovations from groups attempting to play their part in achieving the Paris Agreement goal of keeping global temperature rise to 1.5C by the end of the century.

Here are some of the best decarbonisation innovations, initiatives and milestones ESG Clarity has seen in the past 12 months:

A landmark ruling for Shell

Within days of the International Energy Association saying fossil fuels must be phased out urgently if we are to meet the global target of being net-zero by 2050, Shell was ordered by a Dutch court to bring its emissions reductions in line with the Paris Agreement. It was a landmark ruling, setting a new precedent for oil majors’ responsibility to people and planet.

A hugely significant pledge in a year of many pledges to reduce carbon emissions. As ODI senior research officer Laetitia Pettinotti said: “If achieved, China’s carbon neutrality would lower the projected rise in average global temperature by an estimated 0.2 to 0.3°C.”

The sixth UN Intergovernmental Panel on Climate Change (IPCC) report said we are in very deep water and current government targets are insufficient to avoid devastating climate change. This was a loud and sobering call for urgent decarbonisation from the scientific community.

The Active Net Zero Clean Energy Index tracks companies actively helping others in the transition to a net-zero world, rather than simply pledging to achieve net zero themselves.

The fund manager is supporting the search for pathways to climate transition with this award for research on climate change mitigation.

In December of last year 30 founding signatories with a combined $9trn of asset under management kicked off this industry-wide net-zero initiative.

Less than half of asset managers decarbonising portfolios

The CDP published a damning report stating financial institutions are underreporting portfolio emissions and most are not yet reporting risks like stranded assets.

Ninety One commits to Say on Climate initiative

Speaking exclusively to ESG Clarity, Ninety One explained why it signed up to the initiative, which aims to strengthen engagement between companies and their investors on sustainable transition plans.

Most ESG and climate funds not Paris-aligned

Another reality check for the decarbonisation efforts of the sector with Influence Map’s research showing 55% of $67bn worth of climate-themed funds are out of step with the global climate targets agreed in Paris in 2015.

Asset managers joined forces to call for clearer and stronger policy that would better enable the decarbonisation of finance. It has been a recurring theme in a year where the investment community seeks clarity and a strong pathway to follow in this unchartered territory.