Why investors need to embrace an LGBT+ Lens 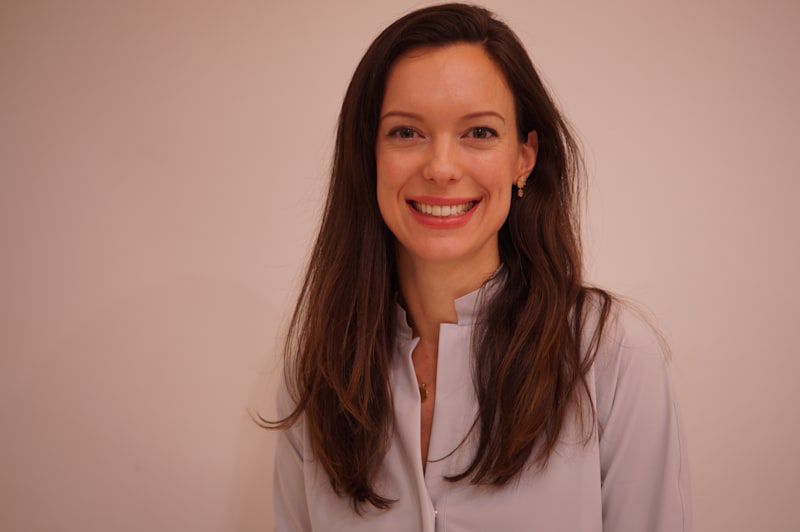 Equality Group CEO Hephzi Pemberton shares reasons behind the report A New Frontier: LGBT+ Lens Investing for the 2020s, due to be released in autumn

As we enter a new decade, the four crises of a global pandemic, economic recession, climate change and deep social and racial inequalities are forcing us to do things differently

As Einstein once said, “we cannot solve our problems with the same thinking we used when we created them”. There is a general consensus that our thinking and our investing must become more sustainable if we are going to solve the global problems we currently face. Fully understanding and integrating ESG factors into our decision making will be essential. When it comes to social sustainability, adopting an LGBT+ lens will be one of the ways that investors can begin to understand the inherent risks of social exclusion and discrimination, as well as the huge opportunities that come with making investment choices that benefit the LGBT+ and ally community.

The social dimension of ESG, like its position in the acronym, is often left in second place. This is despite the overwhelming evidence of its contribution to business innovation and growth. Decades of research has shown that diversity and effective inclusion brings greater levels of innovation, fosters creativity and improves financial performance. Multiple voices lead to new ideas, services and products and encourage out-of-the-box thinking. Importantly, this positive effect is amplified during economic downturns. When leaders and companies reaffirm their commitment to diversity & inclusion (D&I) it makes a significant difference to how quickly they can innovate and subsequently outperform theirpeers. McKinsey’s recent D&I research demonstrated that companies with greater gender diversity are 25% more likely to financially outperform their peers and those with ethnic diversity even better at 36%.

LGBT+ diversity and inclusion is a core part of social sustainability

When it comes to LGBT+ diversity and inclusion, there is evidence to show that companies who embrace positive policies and practices improve their corporate performance. Credit Suisse research demonstrated that companies with openly LGBT management, companies voted in a recent survey as a leading LGBT company, or companies whose employees are openly members of local LGBT business networks, outperformed global stocks by 3% over 6 years. Amundi Asset Management recently published a report to show the outperformance of an investment universe based on the relative contribution of companies to social inequalities, outperformed its index by 119 basis points over the period February-April 2020.

The extent to which financial outperformance against peers by companies with effective LGBT D&I programming is based on causality or correlation can be debated, and the answer is likely ‘elements of both’. However, there is solid anecdotal and research-based evidence to indicate that effective LGBT+ D&I enhances performance via factors such as propensity to innovate and create, staff recruitment and retention, and productivity gains to name a few.

This is augmented by the very significant LGBT+ purchasing power and household wealth numbers and significant brand loyalty towards companies with demonstrated LGBT+ credentials. In a recently released report, LGBT Capital estimated that the Global LGBT per-annum purchasing power (LGBT-GDP, measured as nominal GDP) stood at $3.9trn in 2019 – and growing – and similarly for the LGBT+ community’s household wealth, which stands at a staggering estimate of $20trn.

See also: – How can CEOs improve diversity in ‘build back better’ plans?

In short, being at the forefront when it comes to LGBT+ friendly policies and procedures positions companies and their shareholders to benefit from both internal performance improvements and potentially also, from the queer community’s billions of pink dollars. The global growth of LGBT+ issues can be seen in the Pride movement from a few hundred people in 1970 to an annual event across over 160 countries, which attracts millions of queer and straight supporters every year. In fact, the purchasing power and wealth of the LGBT+ Ally community, which tends to be younger, urban and relatively better educated is a segment potentially even more important than the LGBT+ community itself.

LGBT+ is a way to look at social intersectionality

LGBT+ is often seen as an ‘icebreaker’ approach to changing corporate culture to be more receptive and effective in its pursuit of wider diversity and inclusion. One of the reasons for this is because by its very nature addressing the topic of LGBT+ rights requires organisations to think in much more nuanced ways about the meaning of gender, sexuality and identity. Where the Gender Lens approach has often taken a heteronormative, cis-gender and binary understanding of diversity, the LGBT+ Lens encompasses many more forms of gender expressions, sexual orientations, lifestyle norms and expectations.

An LGBT+ Lens also expands our understanding of “invisible” diversity factors, which covers many other forms of identity, such as religion, neurodiversity, hidden disabilities and mental health.Despite this, a reasonable pushback would be that this could perpetuate a ‘siloed’ approach to diversity on a diversity-by-diversity basis, often resulting in potentially damaging competition for resource allocations and management awareness between diversity segments, such as gender vs LGBT+. In fact, it is exactly as a tool to drive diversity and inclusion more generally that LGBT+ D&I is in the spotlight.

The recent events and global uprising for Black Lives Matter (BLM), demonstrates the very critical point of understanding the specific issues and barriers that different groups face. Where BLM highlighted the need for anti-racist education and behaviour in organisations to counter deep racial inequalities, so an understanding of LGBT+ encourages employees to feel comfortable and safe being out and authentic at work, if their diversity is otherwise ‘invisible”. With Stonewall showing that over a third of UK employees are still not comfortable being out at work and Equality Group’s report showing that almost 40% of employees believe their management are under-equipped to address issues of homophobia at work, there is still some way to go in a country that prides itself on values of respect and free speech. Consider how much untapped potential, wealth and prosperity there is from the LGBT+ community in a country like Nigeria, where over half of LGBTQ people experience threats to their lives and extreme prejudice and stigmatisation.

Furthermore, in the quest for diversity more generally, recognising and addressing topics and barriers within ‘intersectionality’ become critically important, e.g. when looking at race with LGBT+ or religion with LGBT+.  In short, different groups must be recognised to have potentially differing needs and drivers to participate in a quest for wider diversity and inclusion.

Similar to the history of the Gender Lens, which began gaining traction in the investment community around a decade ago, the LGBT+ Lens is one that requires further research and education before it can be more widely adopted. As well as being an important element in social intersectionality, there is also some potentially significant value to investment managers and ultimately investment funds in adopting an LGBT+ Lens. This is not just from an enhanced return perspective, though that in itself could be significant, but also from a competitive advantage, as funds align themselves with the LGBT+ consumer, retail investor and allies.

The current approach to LGBT+ Lens investing across the investment management industry is one that is limited and requires more research and understanding. With the growing business case for integrating social sustainability into the investment process, and the huge global shifts that are happening within society currently, there are clear risks to performance when not considering LGBT+ issues and more significantly valuable upside that can be captured from forward-thinking and inclusive investors.

Those investors that can learn to capture the hidden aspects of diversity and inclusion through adopting an LGBT+ Lens will be the ones that end this decade better than it started. They will be the ones who have found new ways of thinking, being, and hopefully, solving our current problems.

LGBT Great, LGBT Capital, Equality Group and Bisi Alimi Foundation have collaborated to research and produce the report A New Frontier: LGBT+ Lens Investing for the 2020s for release in November 2020. The group will be engaging with heads of investment, research and distribution across the asset management industry to discuss current approaches and future ambitions for LGBT+ Lens.

If you would like to be part of the research, and you are an experienced investor or part of a distribution team, then please contact Matt Cameron, global managing director of LGBT Great: matt@lgbtgreat.com