Who will win the BP climate battle? 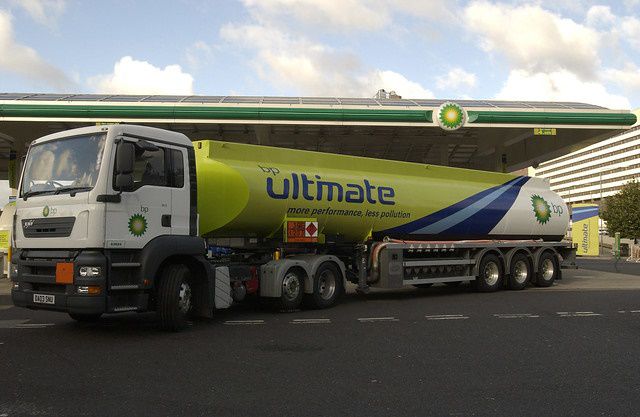 This week, BP hoped to show investors that it is on the right path when it comes emissions reductions. Its first quarter results summary, published Tuesday (30 April), it included an infographic which emphasised that “strong progress” has been made towards emissions reduction targets during 2018.

Since the start of the year, BP has bathed in a mixed bag of publicity. Back in February, it was certainly in investors’ good books.

Having promised to embrace a business strategy that respects the Paris Climate Agreement, and introduce greenhouse gas reduction targets, investors were impressed. The company even said it was in favour of linking executive remuneration to the progress it makes in these areas.

Signatories of the institutional investors group on climate change – the IIGCC – were quick to applaud BP for earmarking climate change as “a priority”.

“It’s encouraging to see major companies such as BP moving in the right direction,” cheered Stephanie Pfeifer, chief executive officer of the IIGCC. Pfeifer, and her colleagues at investment managers across Europe commended the news with much enthusiasm.

“This is a great example of investors and BP committing to the goal of building a low carbon future,” said Sacha Sadan, corporate governance director at Legal & General Investment Management.

The IIGCC’s endorsement has clout. After all, the group represents some 170 members in 13 countries with a whopping €23 trn under management.

But, despite the widespread appreciation for BP’s efforts, not all investors were on board. Follow This, the respected activist shareholder group which successfully lobbied for changes to corporate targets at rival Royal Dutch Shell, wanted more.

At the beginning of April, the group rubbished BP’s claims that the oil giant was doing all that it could on climate change, saying its own proposals for targets fail to include one set of emissions – those of customers using BP’s products.

As a result, Follow This proposed a resolution (resolution 23), which would force the company to set new targets for emissions which would give due consideration to the emissions from customers using BP products.

Unhappy at the suggestion that its own proposed targets weren’t tough enough, BP hit back, writing to shareholders and asking them to vote down the proposal by Follow This.

Things went quiet for a few days as both sides regrouped, but Follow This fired the next warning shot in response to comments made in the company’s quarterly results, which it said were incorrect.

Mark van Baal, founder of Follow This, released a statement saying that BP’s claim of “emissions down while production up,” were disingenuous.

“These five words expose the course of most oil majors,” he said. “Oil majors think ‘as long as we decrease our operational emissions, we can increase the emissions of our products.’

“If production is up, overall emissions have gone up,” van Baal said. “An oil major without targets for Scope 3 can never commit to Paris.”

While Follow This represents a smaller investor group than the IIGCC, it has a strong track record. The group previously pursued Royal Dutch Shell, eventually getting the company to agree to implement new targets based on estimates of the emissions of customers using its products.

Should the campaign group be successful in forcing BP to do the same, it could trigger a watershed moment in how all oil majors report targets.

“When energy companies do not decrease the emissions of their energy products, we will never reach the goal of the Paris Climate Agreement,” warned van Baal.

Investors following the saga can expect further exchanges in the days leading up to the annual general meeting on 21 May.

Whatever the outcome, one thing is for sure. This very public form of corporate engagement is a departure from that with which investors are more familiar. And, if Follow This are unsuccessful this time around, you can be certain they will challenge once more in the years ahead.