What does the US election mean for responsible investing? 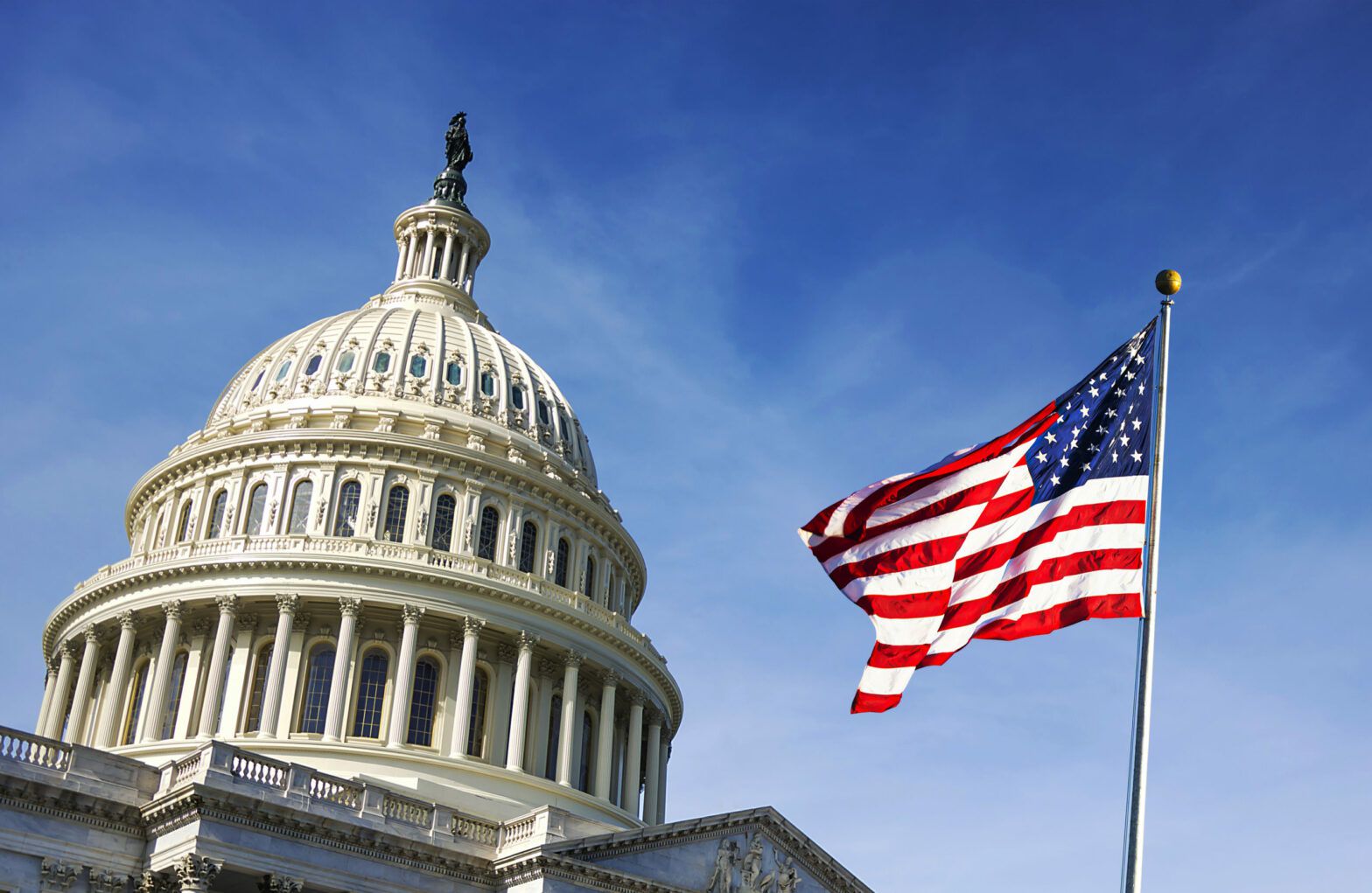 American flag waving with the Capitol Hill in the background

After what has felt like an ultra-marathon of an election campaign, the US presidential race is entering its final stages. The campaigning home straight always commands a great deal of attention, but the stakes seem somewhat higher this time.

In an election where the two major candidates have very different views on the environment as well as social issues the outcome could be profound for climate change and society as a whole.

Whenever a US presidential election rolls around, the candidates exchange the usual barbs about the other being in the pockets of Wall Street and corporate America. Corporate lobbying has long been a fixture of the presidential campaign, but in this cycle Biden has been described by Trump campaigners as being in the pocket of “Big Tech, Big Pharma, and Big Banks”. This is despite President Donald Trump also receiving corporate backing, particularly from the oil and gas sector, which has donated around US$2.5 million as of 11 September, according to the Center for Responsive Politics.

Differing views on the environment

It’s no secret that Biden and Trump have contrasting views on climate change. Trump, who once described climate change as a “hoax” and pulled the US out of the Paris accord, in 2017. His position on climate has remained unchanged since he came to power.

Over the past four years Trump has reversed many of the climate and environmental policies and regulations enacted during President Barack Obama’s administration. He has scaled back or eliminated more than 150 environment measures, defunded clean energy programmes, and nominated officials with ties to the fossil fuel industry to top government positions.

By contrast, Biden has proposed what may be the most ambitious programme to tackle the climate crisis of any US president. His plan includes a $2trn clean energy and climate change package that would be spent over four years; supporting renewable power, overhauling heavy industry, transportation and electricity. Biden’s goal is a carbon and pollution-free power sector by 2035, with net-zero emissions throughout the economy by 2050.

See also: – Message from America: ESG investing is a drop in the ocean here, but it’s growing

However, lobbying from the big fossil fuel companies continues to hinder climate policymaking in the US. In recent years, oil and gas companies have tried rebranding to appear more environmentally friendly – with the obvious question being whether they are truly committed to the cause.

A step back for ESG investing?

In recent years, asset managers across the industry have been paying greater attention to investing along ESG principles. In the US alone, 2019 was a record-breaking year for sustainable funds, with Morningstar data showing $20.6bn of net inflows.

If anything, the lockdown prompted by the coronavirus pandemic may have been positive for responsible investing as it helped shine a light on corporate responsibility and the role businesses play in society. Not only that, but lower levels of fossil fuel consumption meant noticeably lower pollution levels in cities around the world.

Yet at the same time, the US Department of Labor (DOL) has proposed a new rule that would change the Employee Retirement Income Security Act of 1974 to require financial advisers that offer pension and 401(k) plans to invest in funds that offer the highest possible return without the consideration of so-called non-pecuniary goals. The term non-pecuniary goals is another way of saying non-financial goals, a term that is often associated with ESG factors. However, this is under heavy debate as many investors believe ESG principles are in fact financial issues because they can have an impact on a company’s financial performance and share price.

This proposal has the potential to put US pension fund managers in a difficult position, making it harder for them to include funds that consider climate change in portfolios and retirement plans. The move will add to the burden of proof, requiring fiduciaries to demonstrate ESG funds have exactly the same profile as their non-ESG alternatives.

The Trump administration claims the proposals will protect retirees, but the concern is that the move will benefit the fossil fuel industry at a time when many asset managers have been engaging with carbon-intensive companies in order to understand their climate transition plans, or in some cases excluding the sector altogether.

By contrast, European regulations to be introduced in 2021 will require investment managers to detail the impact of their investments, disclosing information about pollution or environmental impact. It is hoped this will reduce the so called “greenwashing”, where companies make false claims about their green credentials.

What does this mean for UK investors?

As UK investors, we can only monitor the US elections as interested observers rather than active participants. But as the world becomes increasingly globalised and interconnected, what happens in a country as significant as the US has an impact everywhere. This is especially the case for air pollution and greenhouse gas emissions.

While environmental policy in the European Union is seeking a climate neutral economy by 2050 in the shape of the European Green Deal, it seems as though the US is currently heading in the opposite direction as regulators put up roadblocks to sustainable investing.

With the presidential election just around the corner, there is no doubt we are at a tipping point. If Biden wins, there is every possibility that he will follow through on his climate change agenda, which should give a boost to sustainable investing. If Trump wins, we may see environmental protections eroded further, or at least a continuation of the status quo.