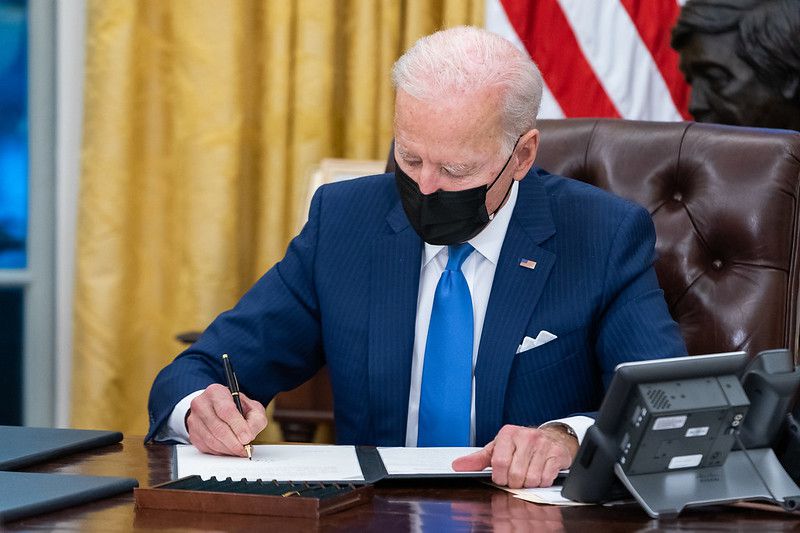 The US has today officially re-joined the Paris Climate Agreement, one of Joe Biden’s first acts as new President, and responsible investment professionals predict this will only further “bullish momentum” in mitigating climate change.

At his inauguration on 20 January, Biden gave 30 days’ notice for the US to officially join the global climate pact where countries around the world are aiming to reduce greenhouse gas emissions with the ultimate goal of limiting global warming to well below 2, preferably to 1.5 degrees Celsius, by 2030. Biden’s predecessor Donald Trump withdrew the US from the agreement in 2020 amid much criticism.

See also: –Biden’s approach to ESG will likely diverge from the UK’s: A new gold-standard is imminent

The US being back on board is a “watershed moment” that will have wide implications for international climate policy and the country’s relations with the EU and China, said Hege Fjellheim, head of carbon research at Refinitiv, although there may not be immediate changes in local carbon markets.

“Re-joining the Paris Agreement under a more climate-friendly US president bodes well for international cooperation on climate change mitigation,” she said. “However, we will not see a change in existing US regional carbon trading systems on the back of the US being ‘back in the game’ on reducing emissions, and a national cap-and-trade programme is not in the cards for the US even under the new more climate-friendly administration.

“But the importance the country now places on mitigating climate change will have indirect positive effects on emissions reduction efforts globally, which could over time add bullish momentum to carbon markets worldwide.”

Duncan Goodwin, manager of the Global Sustainable Growth Fund at Premier Miton, agreed the US re-joining the international climate change efforts will further boost momentum in an area that has seen an explosion of interest over the past few years.

“As the second largest emitter of global CO2 emissions, the US commitment to re-join the Paris Agreement is a clear positive for any company already tackling climate change,” he said. “This move accelerates the need for change for any company that is part of the problem. Longer term, the next generation of solutions to tackle climate change are also emerging in the US and with renewed political support, we believe the transition from concept to reality will be faster.

“Finally, the re-emergence of the US as a force for change on the global stage can only help momentum, as the numerous political promises made to date move to tangible actions.”

The political importance of the world’s richest and second-highest emitting country being back onboard is huge, added Fjellheim, and the first action needed to be taken is the US needs to update its original “nationally determined contribution” to climate change mitigation (NDC) of a 26-28% cut in GHGs below 2005 levels by 2025.

“We assume the Biden administration will submit a “placeholder” NDC until it prepares one for COP26 in Glasgow. For carbon markets, however, the act of acceding to the Paris Agreement has no immediate implications…or likely even longer-term ones,” said Fjellheim.

Furthermore, Biden has discussed incorporating environmental interests (particularly climate change mitigation goals) into US trade policy, which has involved discussion of carbon border adjustments, which the EU is also looking into parallel to and in the context of EU ETS revision.

“Companies affected by such policies are changing their stance accordingly, following the shift in power from Trump to Biden: the US Chamber of Commerce (the country’s biggest business lobby) opposed carbon pricing and other climate change mitigation policies under Trump, but since January its website says the group “supports a market-based approach to accelerate GHG emissions reductions across the US economy,” said Fjellheim.

Energy companies such as Shell have also publicly endorsed Biden’s act of re-joining the Paris Agreement, saying it reinforces their long-term moves away from fossil fuels toward renewable energy, she added.