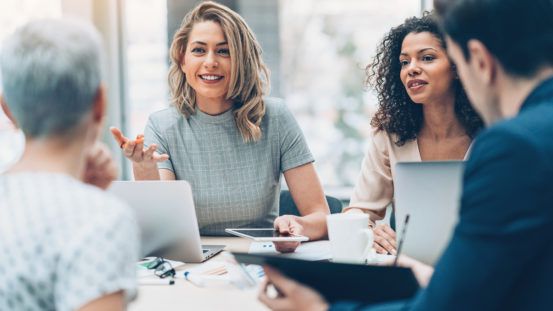 Women working in the venture capital sector are better educated than men, a new study has found.

According to Diversity VC’s 2019 UK Venture Capital report, female venture capitalists typically have a higher level of education than men in the sector, with women in the sector holding an average of 1.5 degrees, compared to just 1.3 for men.

The report said the data show that “women have more to prove before they are given an opportunity to start in the industry, or that the bar is higher for women to be promoted to senior levels.”

The number of women working in the UK venture capital community has steadily increased in the past two years, the study shows. The number of junior analysts, associates or equivalent have risen by 8% since 2017, from 29% of the workforce to 37%.

The number of mid-level principals or equivalent has also edged up from 25% in 2017 to 26% in 2019. The number of senior female figures in the VC community, however, has remained at 2017 levels at just 13% of the workforce.

In total, women now comprise 30% of venture capital personnel, the report stated, up from 27% in 2017. The report said that this represented “better representation” that in the private equity industry or directors in the technology industry.

The gender split is also equalising when it comes to single sex investment teams. The number of firms with all-male investment teams has now fallen from 48% in 2017 to 37%.

Diversity VC’s report also found that a third of UK venture capital firms were graduates of Oxford, Cambridge, Harvard or Stanford. The report said that the industry could benefit from better returns if it hired graduates of a wider pool of universities.

It cited data from Gompers & Kovvali which showed that “investment teams with diverse educational backgrounds are 11.5% more likely to realise an exit on their investment portfolio than peers with homogeneous teams.”