US government to mandate emissions disclosure for contractors 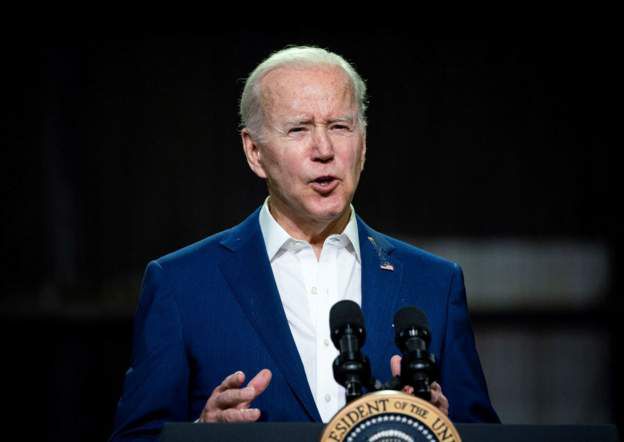 Carbon emissions and climate risk disclosure by major companies would get a major boost under a federal supplier proposal published last week by the Biden administration.

The federal government would require all but the smallest businesses in its supply chain to publicly report greenhouse gas data as well as climate risks. Contractors that have more than $50m in annual business with the government would have to disclose Scope 1, 2 and 3 emissions. Those with $7.5m to $50m in contracts would be required to report Scope 1 and 2 data, and those with less than $7.5m in business would be exempt.

The proposal was made just ahead of US president Joe Biden’s visit to COP27 in Sharm el-Sheikh, Egypt, where he announced other federal efforts to help curb global warming.

Thursday’s supply chain proposal would effectively force major US companies to report climate data that many currently do not. The requirements would be similar in concept to those floated by the Securities and Exchange Commission, whose climate risk disclosure rule for public issuers is being revised.

Scope 1 refers to emissions made directly by a business, while Scope 2 includes that of the energy they use in operations. Scope 3, which is by far the most expansive for manufacturers, includes emissions from suppliers and end users.

Such information has been widely sought by asset managers, as carbon footprints are increasingly viewed as material for assessing companies’ risks.

Currently, about half of the companies with government contracts voluntarily disclose carbon emissions, the White House stated in its announcement.

“These Federal contractors are among the 18,700 companies globally—worth more than half of global market capitalisation—that voluntarily disclose emissions and climate risk through CDP, including 1,800 small and medium-sized enterprises,” the statement read.

The US federal government spends an estimated $630bn annually on supplies and services, according to Ceres.

“President Biden has set a goal to reduce the nation’s emissions by 50-52% by 2030. As the largest buyer of products and services in the world, the US government has a unique opportunity to demonstrate best practices in reducing climate risk to its own assets and society as a whole,” Steven Rothstein, managing director of Ceres Accelerator for Sustainable Capital Markets, said in a statement.

“This requires identifying and selecting suppliers that are themselves reducing climate risk, including by working diligently toward achieving net-zero greenhouse gas emissions.”

The government would rely on third-party systems and standards for the disclosures, including those of the CDP, the Task Force on Climate-related Financial Disclosures and the Science Based Targets Initiative.

The proposed rule was issued by the Federal Acquisition Regulatory Council, which includes the Department of Defense, the General Services Administration, NASA and the Office of Federal Procurement Policy in the Office of Management and Budget.

“Both US as well as global companies will be impacted by the new rule. The aerospace and defense, cement and steel industries will be particularly affected, as they make up a significant part of total federal spend,” CDP said in a statement, adding that 63% of companies in those sectors have been working with it in some capacity.

“On the other hand, this new rule will drive uptake of science-based targets in these high impact sectors, as only 20 companies across these three key sectors have such targets validated.”