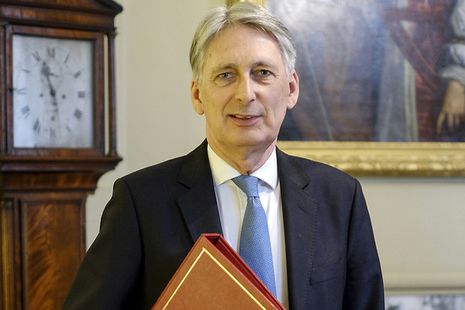 Philip Hammond is travelling to Washington to speak at the annual International Monetary Fund and World Bank Spring Meetings, taking place from Friday 12 to Sunday 14 April

Hammond is to speak at the annual International Monetary Fund and World Bank Spring Meetings in Washington, which take place from Friday 12 to Sunday 14 April.

In a statement released prior to his departure, the UK Treasury confirmed that he would be stressing the ongoing threat of climate change and highlighting the economic initiatives which have the greatest potential to protect the global economy for the long-term.

“Britain is at a turning point and our future is bright. We must work together with our partners across the world to create a safer, more prosperous and more sustainable economy for future generations,” Hammond said.

“I will be in Washington this week to showcase our world-class expertise and experience in tackling some of the urgent challenges of our time, from climate change to trade and big data.”

Hammond also plans to attend the latest meeting of the Financial Action Taskforce, which sets standards for anti-money laundering and counter terrorist financing – to sign a mandate which encourages greater global co-operation. It will be the first time that members of the taskforce have met, at ministerial level, since 2012.

The Treasury confirmed that the chancellor also plans to meet with the US Treasury Secretary Steve Mnuchin, Chinese Finance Minister Liu Kun and the Brazilian Economic Minister Paulo Guedes.