The risks to investors from modern slavery 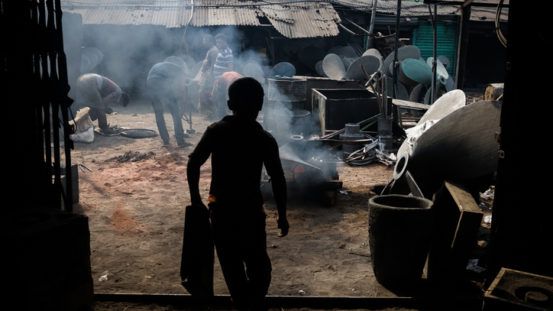 Modern slavery has been thrown into the public spotlight over the past two years as global governments have ramped up efforts to hold companies accountable for the working conditions of staff.

In November 2018, the Australian government passed the Modern Slavery Act 2018 which mandates that businesses report on modern slavery in their operations and supply chains, while in 2019 the Netherlands introduced its Dutch Child Labour Due Diligence Law.

Similarly, the UK government’s recent review of the 2015 Modern Slavery Act, published in May, said companies must consider the entirety of their supply chains and embed modern slavery reporting into their business culture.

Failure to fulfil modern slavery statement reporting requirements, or to act when instances of slavery are found, should be an offence under the Company Directors Disqualification Act 1986, the review proposes.

“Aside from the fact some investors are themselves captured by the reporting requirements of these regulations, modern slavery can pose significant reputational and operational risks to companies and can negatively impact their long-term performance,” Leon Kamhi, head of responsibility at Hermes Investment Management, said.

Brand value and social license to operate can both be severely harmed if such conditions are found in a company’s operations or supply chain, Kamhi added.

“Understanding how companies manage modern slavery risks is therefore of key importance if investors are to fully comprehend the risk profile of their portfolio and make better-informed investment decisions” Kamhi said.

Data reveals modern slavery is widespread. According to the International Labour Organization, 40.3 million people were enslaved in 2016, with nearly 25 million being in force labour – including 16 million in the private economy.

Indeed, Bettina Reinboth, head of social issues at the UN-backed Principles for Responsible Investment (PRI), said in a recent blog modern slavery is not limited to certain geographies or sectors. “It’s a global systemic issue – with risks that can be found virtually in any industry.”

However, according to fund managers, some industries are more high risk, such as agriculture, extractives and construction where companies tend to rely on third-party labour recruiters to bring in workers, and in industries with complex supply chains such as fishing and clothing manufacturing.

Other sectors with clear links to modern slavery include those with high volume and low margins where manufacturers try to keep costs as low as possible, including food industries (such as rice and spices), and drink (including tea and coffee), fund managers told ESG Clarity.

In high income countries, modern slavery and human trafficking may also occur in sectors such as entertainment, domestic care and personal services.

Mark Wade, head of industrials and utilities credit research at Allianz Global Investors and member of Allianz GI’s global ESG committee, believes benchmarking and the development of a ‘best in class’ standard will allow investors to better identify modern slavery threats within companies and help mitigate risks posed by certain firms and sectors.

“By playing an active role in stewardship, active asset managers can apply pressure not only on companies, but then sectors more broadly, to create a best in class with the intent for this to migrate to best and standard practice.

“Stewardship can ensure the provision of financing to companies is dependent not only upon ensuring the supply chain is robust and does not include any risks, but also ensuring companies can provide enough data, metrics and transparency on the topic,” Wade said.

The Benchmark assesses 101 of the largest publicly traded companies in the world on a set of human rights indicators including transparency and disclosure, respect and human rights due diligence, and response to allegations.

“Companies do not currently disclose enough information relating to human rights, with modern slavery being a key risk. Lack of disclosure prevents investors from fully understanding how companies govern and assess modern slavery risks throughout their supply chain,” an Aviva Investors spokesperson said.

“Modern slavery and forced labour is a key human rights risk that is embedded throughout this Benchmark and specifically considers bonded labour and restrictions to movement of workers. The Corporate Human Rights Benchmark will also expand in 2019 to 202 companies,” the spokesperson added.

Hermes said its stewardship team screens clients’ aggregate holdings for environmental, social and governance (ESG) characteristics to identify risk of modern slavery, while its Controversial Companies Report highlights to subscribing clients those companies that are in violation of internationally recognised guidelines.

“The report also highlights for each company where we are engaging on these issues. Such monitoring should be informed and supplemented by engagement and voting, in order to better understand the risk of modern slavery at a particular company and to enhance human rights where any such risks are detected,” Kamhi said.

According to the Liechtenstein Initiative – a partnership between governments, banks and associations to put the financial sector at the heart of efforts to end modern slavery – investors, especially on the private equity side, are also exploring new methods for sourcing and aggregating data, including from workers themselves, and from firms and NGOs working with vulnerable populations.

With the Liechtenstein Initiative due to reveal its modern slavery plan of action later this year, there has never been a more pertinent time for investors and fund managers to influence business action on modern slavery.