The risks and rewards of aquaculture 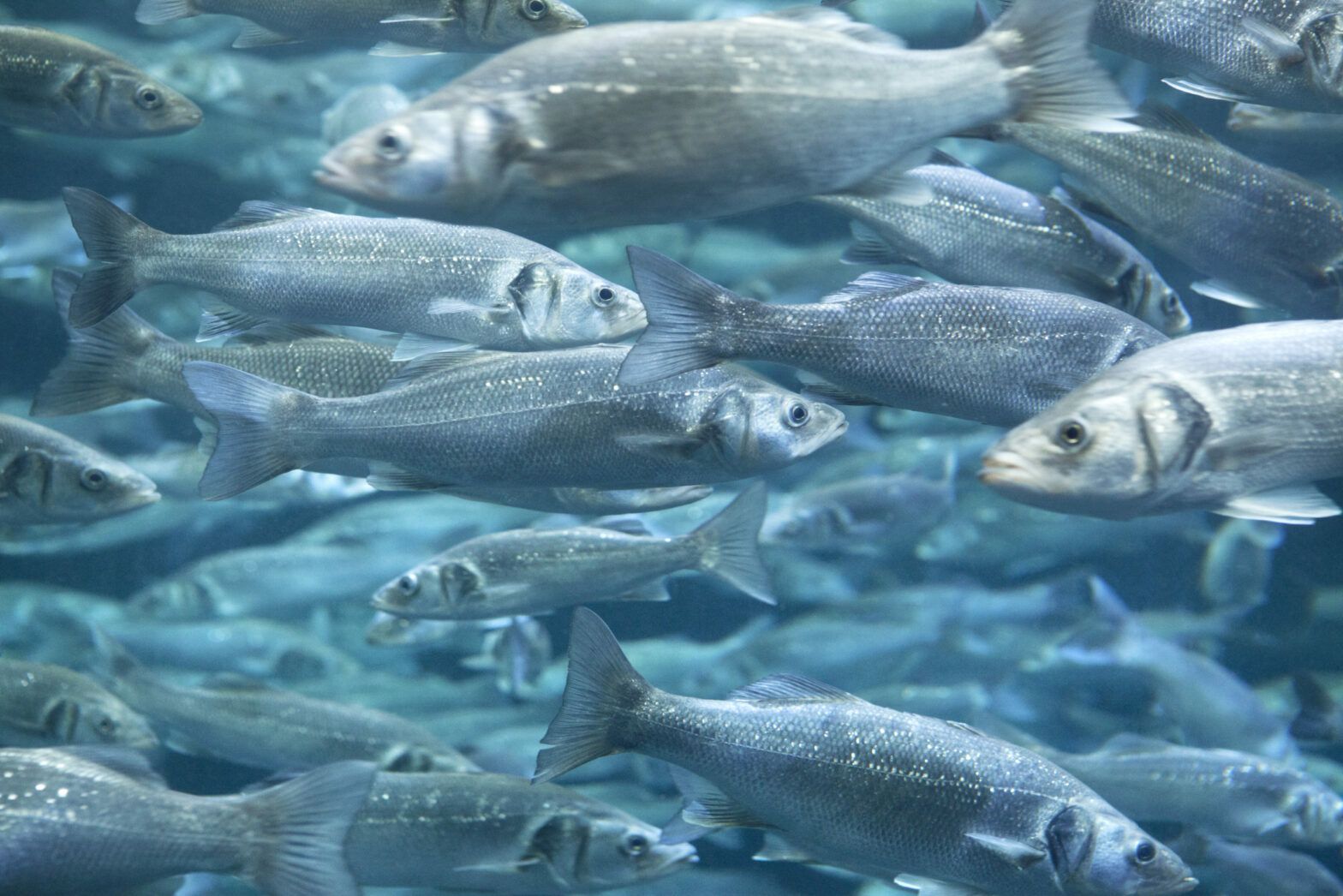 A large group of European sea bass (Dicentrarchus labrax) swimming about. The European sea bass is a highly regarded table fish and the most cultured fish in the Mediterranean area with annual production of more than 120,000 tonnes (2010).

Aquaculture is a booming industry, and its growth outlook is strong. As natural fish levels continue to deplete, the aquaculture industry will continue to play a role in meeting the global demand for protein.

Environmental and health impacts from agriculture and other traditional protein sources may lead producers and consumers to explore different options. While aquaculture presents such an alternative, there are risks that an astute investor should consider when assessing this sector.

Aquaculture is the farming of fish, crustaceans, molluscs, aquatic plants, algae, and other organisms and involves cultivating freshwater and saltwater populations under controlled conditions.

It sits within two expanding but delicate economies: the ocean economy, which the OECD forecasts will grow at twice the rate of the mainstream economy by 2030, and second, the protein industry, which WHO reports is growing at an unprecedented rate due to population growth, rising incomes and urbanisation.

Furthermore, the average per capita seafood consumption has doubled globally since the 1960s and the aquaculture sector, which has provided more fish and seafood than wild fishing since 2014, is growing at 6% annually. China’s aquaculture production has tripled in two decades and growth is set to continue, according to FAIRR. Aquaculture is already a core part of many other countries’ economies and some countries ― Chile, Canada, Scotland, Norway ― have significant growth plans.

Will a decline in livestock farming bolster aquaculture?

The farming of livestock is under increased scrutiny for its environmental impacts, as it reportedly contributes around 20-25% of total global carbon dioxide equivalent emissions, the majority from livestock (methane).

Health concerns related to the consumption of red meat are also more prevalent, many governments are looking at increasing taxes on red meat and higher meat tax proposals have been introduced in Germany, Denmark and Sweden.

See also: – The interconnected nature of all things

How sustainable is wild fishing?

The other inherent advantage of aquaculture is that it does not rely on wild stocks. Wild commercial fishing still faces significant management issues. For instance, the International Council for the Exploration of the Sea (Ices) 2019 report found that cod is being harvested unsustainably and North Sea cod sources have dropped by 31% since 2015.

Some aquaculture companies do use wild fish sources in their fish feed and may still be exposed to this risk. Indeed, the World Bank predicts that fish feed and fish oil prices are set to rise by 90% and 70% respectively over 2010-2030 due to limits in wild caught fish, according to FAIRR.

There are, however, alternatives to using wild fish in feed in fish farming: one Norwegian company has built a fish feed production facility and uses the remaining parts of the fish that aren’t going to the end customers, reducing waste and reliance on volatile feed prices.

Swimming against the tide

Seafood is the most highly traded food commodity, meaning aquaculture revenues are at risk of trade restrictions. In 2018, the US government announced its intention to become more self-sufficient in seafood supply, criticising low standards in importing nations. The US FDA subsequently blocked 26 shipments (more than total for all of 2017-2018) of Indian Shrimp due to the detection of banned antibiotics.

There is also a high-risk of food fraud in seafood. Studies have found that one third of seafood sold in the US and Canada are mislabelled, with lower value fish being passed off as higher-value fish.

Labour standards and community resistance are also growing concerns. The European Commission warned Thailand that imports may be blocked due ongoing allegations of slave labour and poor labour standards in the shrimp industry and supply chain. In 2018, the Washington state senate voted to stop salmon farming by 2025 in response to local community protests.

Climate change is a risk factor for aquaculture, which is impacting production levels and causing disruption in current fish farms. Southeast Asia, one of the world’s most productive aquaculture regions, is expected to experience a 10% – 30% drop in marine fish production by 2050.

Algae blooms are also proving costly. In 2019, in northern Norway, algae blooms rose to their highest levels in 30 years, amounting to losses of over €339m. The World Bank is estimating sector losses of $6bn per year and in Norway, salmon farms are estimated to lose 9% of revenues each harvest due to disease related costs.

Aquaculture will continue to be a strong growth area, with some risks, most manageable, but some inherent.

Companies are increasingly taking steps to manage risks and mitigate impacts on the marine ecosystem by fish farming on land or leveraging technology at sea (using underwater cameras and drones to monitor fish, reduce feed and respond quickly to broken nets which reduce the impact of escaping fish and contamination). However, more can be done to ensure a systematic approach across operations.

For the inherent risks, such as algae and climate change, we believe that as investors these are growing material issues for discussion with companies that we invest in.