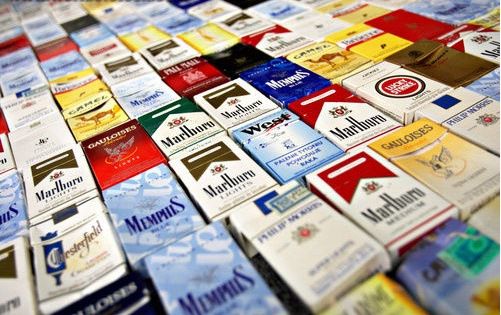 With the US Food and Drug Administration considering a ban on menthol cigarettes, is it time to evaluate the ESG credentials of tobacco stocks?

Tobacco has long been among the exclusions in ethical investors’ portfolios. More recently, investors looking at environmental, social and governance metrics have also considered the implications of holding tobacco stocks.

Some investors believe that the harmful consequences of smoking are at odds with the UN’s Sustainable Development Goals, specifically number three which promotes universal “good health and well-being.”

But others say that Big Tobacco’s plans to increasingly generate more of their revenues from e-cigarettes and smoking alternatives shows that they are responding to investor concerns about their social impact on society.

Unlike the exclusion policies operated by most ethical fund houses, asset managers with company-wide ESG policies, are often able to invest in tobacco companies if they consider the companies to be a good long-term investment.

Last year, in an interview with fund ratings agency Morningstar, the co-manager of JP Morgan Asset Management’s European Sustainable Equity Fund, Joanna Crompton, explained that her fund is permitted to do just that.

And until recent weeks, you could certainly see the investment appeal. According to an article published in The Guardian newspaper, the world’s largest five companies made profits of £27 billion ($35 billion) in 2016, leading to investor dividends of £14.5 billion (£27 billion) during that year.

More recently, one of the big five – British American Tobacco – posted profits of £4.4 billion for the first half of 2018, up a whopping 72% on the same six-month period in 2017. In its 2018 half year results, the company said its strategy is to “continue to grow” its combustible business while simultaneously investing in smoking alternatives in the years ahead.

However, investors were given a wake-up call last week, when news reports began to surface that US regulators were considering a ban of menthol cigarettes. As more news outlets started to follow up The Wall Street Journal’s report, tobacco share prices started to react. By the end of play on Monday, BAT’s share price had sunk 10.6% while Imperial Brands had a softer landing of 2.2%.

BAT was punished particularly harshly by the markets after Barclays analysts estimated that its US sales of menthol cigarettes could be responsible for up to a quarter of its annual underlying earnings.

An analysis by Thesis Asset Management suggests that the impact could be far greater. The fund firm claims that over 55% of BAT’s US revenue is generated from menthol products.

Thesis is among those fund managers suggesting that a US ban constitutes a watershed moment for the industry, which will lead to a rethink of tobacco stocks’ inclusion within income portfolios.

“The sector was once seen as a stalwart of income generating portfolios, but is now increasingly being side-lined, even in those portfolios that are not ethically tagged,” said Jonathan Yousafzai, head of Ethical at Thesis Asset Management.

“This has been a winning trade over the last eighteen months as tobacco shares have slumped in the face of increasingly heavy-handed regulation from governments, particularly in the West.”

Yousafzai claims that the US FDA’s projected ban on menthol cigarettes and menthol vape pods will continue to have a negative impact on the profits of tobacco companies.

Thesis isn’t the only fund manager to flag potential issues with investments in tobacco companies. Schroders has already also gone on record saying that tobacco stocks are “too expensive” and “too risky”. At the end of last year, fund manager Ian Kelly wrote that “the risks associated with investing in tobacco companies have actually grown” over the past 15-20 years.

“We believe that governments across the developed world are likely to continue taking a more active stance against companies and markets deemed to be causing social harm, be it tobacco, gambling or fossil fuel consumption,” said Thesis Asset Management’s Yousafzai.

“Investors in these sectors will be exposed to increased ‘political risk’ and events leading to sharp share price falls such as this may well become more common. It is not lost on us that this will save these same governments money too, from fewer healthcare issues.”