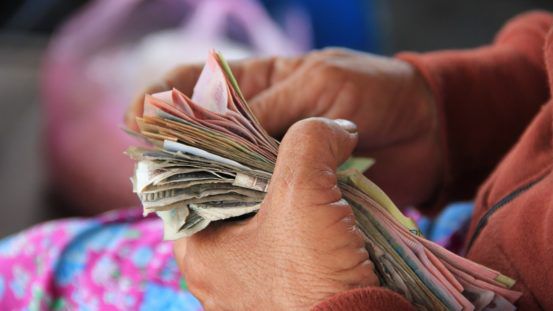 Fund houses are increasingly launching impact products to rival mainstream alternatives, but what should investors expect in terms of a return?

Impact investing launches are increasingly shedding the caveat that deep social impact results in a sacrifice of financial returns.

Simon Bond, director of responsible investment portfolio management at Columbia Threadneedle, explained that in 2013 when his UK Social Bond Fund was launched, he was careful not to describe it as ‘impact’ since he doesn’t sacrifice performance for social good. Rather it performs in line with a standard corporate bond fund and is indexed against the BofA Merrill Lynch 1-10 Year Sterling Non-Gilt Index.

“The nature of the term impact has changed since the first models were launched,” he said, “I would argue that with the increased focus on market-like returns our product, when buying first issues, is very close to an impact investment.”

Similarly, ESG’s recent outperformance is likely to have shifted the perception of impact investing. Research from risk and performance analytics provider Axioma released earlier this month said the majority of portfolios weighted in favour of companies with better ESG scores outperformed their benchmarks by between 81 and 243 basis points in the four years to March 2018. This may help convince more traditional investors of the benefits of ESG, and in turn the benefits of impact as a viable alternative to a traditional fund.

Asset-management company Microvest launched the Microvest 1 fund in 2004, another impact model that delivers impressive returns. It invests in promising, high-growth micro-finance institutions in developing countries such as Peru and Uganda.

The fund uses the Symbiotics Microfinance Indices and aims to deliver 7.5% net internal rate of return (IRR). CEO Gil Crawford explained that the returns are made possible because there is so much productivity potential in the bottom quartile of emerging markets. “If you can bank that in a responsible way there are huge growth and profit opportunities. There’s a lot of competition too because people are running their operations well.”

However, other longer running models that still tolerate lower returns for higher impact are going strong.

Bridges Fund Management, set up in 2002 following a recommendation by a Gordon Brown taskforce, aims to offer a range of products with different risk and return ratios. It has launched 13 vehicles over the last 16 years comprising four UK growth funds, four UK property funds, two US growth funds, and three social sector funds.

The growth funds offer market-like returns, which tend to be most attractive to institutional investors with more restricted investment parameters. However, the group’s social impact bond fund, which make up around 10% of the group’s AUM, is prepared to tolerate lower returns for higher impact. This fund is expected to deliver returns of 3-5%. Models like this tend to be taken up by foundations that will have a more relaxed criteria. These include Oxford colleges, the Omidyar network, and the Esmee Fairburn foundation.

However, Big Society Capital’s financial sector and investor engagement senior director Evita Zanuso argued that the narrative that you can have stellar returns and an amazing social impact is not always honest.

She explained that one significant strand of their work is to look at how replicable any new model being funded is. If a project catalyses other similar projects the social impact will be wide and deep, but this effect is hard to monetise. She said: “Our portfolio is targeting mid-single digits returns [of 3-6%] and the return is different depending on the impact and how catalytic it might be.”

Many commentators argue that although the increase in returns delivered by new impact models may be more palatable to traditional investors, a range of models offering impact/return ratios is desirable.

As Microvest’s Crawford said impact covers all categories of investing; this includes angel, venture, private equity, and publicly-traded equity funds that are performing better than the market.

He added: “Although the industry would benefit from a tighter definition of what impact investing is, fixed ideas about the type of return it should deliver are less desirable.”