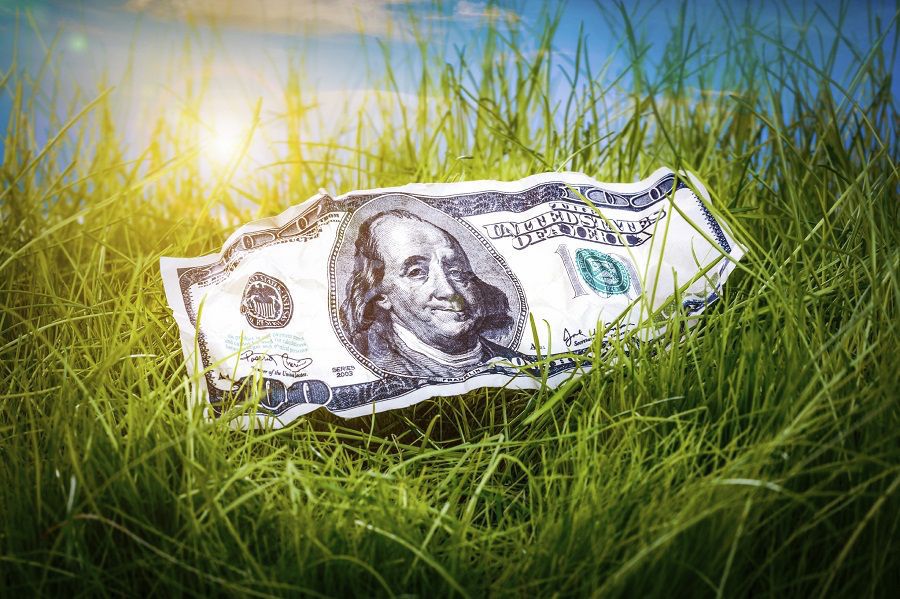 A relatively strong third quarter performance by some types of environmental, social and governance funds reignites the debate over ESG alpha.

The ongoing debate over whether sustainable investing can add performance alpha got another boost in the third quarter, when some ESG fund categories leapt ahead of broad market funds.

But while the short-term data might work to make one point, the numbers also expose a bigger point: Perhaps ESG investing is best suited for active management and all the wrinkles that come with it.

A report from Morningstar found that more than half of ESG-focused large-cap stock funds beat their index over the three-month period through September, while only a third of conventional large-cap funds accomplished the same feat.

“If there was any doubt that ESG is an active strategy, the third quarter’s strongest returns came from concentrated funds, where most of the assets reside in the manager’s highest-conviction ideas,” Morningstar writes.

For proponents of ESG investing, that is good news, but as always, there are caveats.

Morningstar lists 10 funds that gained between 1.79% and 5% during the quarter, which compares to a 0.29% increase in the Morningstar US Large-Mid Cap Index and a rise of 0.2% by the broader S&P 500 over the same period.

However, looking at the first nine months of 2021, the performance is more even, with three of the 10 ESG funds listed by Morningstar underperforming the 15.1% Large-Mid Cap Index.

The difference boils down to the way markets and cycles move, which underscores the risks and rewards that can come with active management.

One of the most obvious distinctions when it comes to ESG strategies is the almost universal distaste for the energy sector in general and fossil fuels in particular.

While the energy sector of the S&P 500 produced a 1.4% decline in the third quarter, it is still up an astonishing 40.4% over the first three quarters of the year.

Meanwhile, the technology and health care sectors, which tend to be ESG category darlings, haven’t achieved anywhere near the energy sector’s performance this year.

“If you’re going to concentrate a strategy and use an ESG lens, I’d have to presume they were underweighted energy because energy companies tend to score poorly from an ESG perspective, but it also comes down to stock picking,” said Todd Rosenbluth, director of mutual fund and ETF research at CFRA.

Underscoring the fact that none of the top ESG fund performers were broad market index strategies, Rosenbluth said the short-term outperformance by some ESG funds might say more about active management than it does about sustainable investing alpha.

“What active management will give you is a more targeted approach of focusing on companies that score well and are fundamentally strong in the eyes of management,” he said. “What you won’t get is that level of diversification in case management is making the wrong calls, and you won’t get the level of transparency to see what is in the fund and why.”

Most financial advisers won’t be swayed one way or another by such short-term performance data, but it does add fuel to the debate over ESG alpha.

“I am not an ESG investor, because I do not believe in putting shackles on a manager,” said Paul Schatz, president of Heritage Capital.

“I certainly do not believe ESG is the end-all, be-all, not to mention that there’s not even a clear definition of what ESG exactly is,” Schatz said. “I would bet a lot of money that old-fashioned, dirty, unpopular, awful energy outperforms whatever we’re calling ESG over the next three, five and 10 years.”

Dennis Nolte, vice president of Seacoast Investment Services, said even though ESG has a reputation for lagging performance, the general trend toward a “wokening of investors” could be enough to drive at least some short-term performance.

“With billions, if not trillions, of dollars moving toward green and infrastructure projects, plus a general wokening of investors’ attitudes toward climate change outcomes, it seems we might be turning a corner,” he said.

But even if ESG performance is starting to stand out, Mackenzie Richards, client relationship manager at SK Wealth Management, said his clients aren’t going there primarily for performance.

“What’s most important about this recent streak is that it changes the narrative that you have to choose if you want to feel good about your investments or if you want good performance,” he said. “What we’re seeing now is that it’s possible to have both.”

Kashif Ahmed, president of American Private Wealth, said the performance is part of the larger trend toward a broader acceptance of sustainability by companies that is beginning to show up on balance sheets.

“You should allocate to ESG because it is important to you and your clients, and you are sincere in the cause,” he said. “But the outperformance makes intuitive sense as well. Companies that are well run and aspire to be better should do better.”