REVEALED: The fund firms exposed to US child detention camps 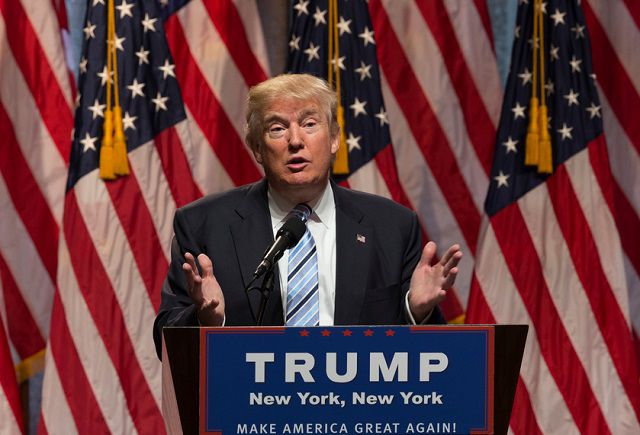 Blackrock has blamed index tracking products for its large stake in a contractor involved in child detention centres in the US.

Blackrock has blamed index tracking products for its large stake in a contractor involved in child detention centres in the US, while Vanguard, along with several active investors, has been silent on its exposure to the political controversy.

Vanguard and Blackrock are among the asset managers most exposed to General Dynamics, one of the few public companies directly exposed, while Natixis and Pyrford funds available to UK investors take high conviction stakes on the active side.

As part of Donald Trump’s zero-tolerance approach to immigration, US Homeland Security has been separating children and infants from their parents and detaining them in large scale camps. Audio and video of distressed children caged in large warehouses has attracted international condemnation.
Defence companies have been tasked with running the camps.

While many of these companies are private, New York-listed General Dynamics has been tasked with supplying case-management services for kids being released from temporary shelters, according to Reuters.

Natixis and Pyrford
ESG Clarity’s sister title, Portfolio Adviser, could not find any funds in the Investment Association sectors or investment trusts registered with the Association of Investment Companies that held the stock in their top 10.

However, Natixis Vaughan Nelson US Select Equity, domiciled in Luxembourg, holds 4.5%, while three Pyrford Global Equity funds, domiciled in Ireland, hold more than 2%, including the sterling version of the strategy, according to FE Analytics. The funds are Financial Conduct Authority registered and available to UK investors.

Natixis and Pyrford have refused to comment on their exposure through the offshore funds.

Private prison companies Geo Group and CoreCivic are also implicated in running the camps, but Portfolio Adviser could find no funds available to UK retail investors with exposure to the listed businesses.

Tracker funds
However, when it comes to total exposure Vanguard and Blackrock are among the five largest shareholders in the defence company, according to the 2018 General Dynamics Proxy Statement published in March.

A Blackrock spokesperson responded that virtually all holdings were via passive products.

“Index providers determine which companies to include in the indices they create. As a fiduciary, Blackrock then offers clients funds, like ETFs, that are designed to track the investment results of those third party indices.”

The iShares US Aerospace & Defense ETF is among the international funds with the largest exposure to General Dynamics, holding 5.97%.

Longview Asset Management, a private investment management firm linked to the founding family behind General Dynamics, the Crowns, is the largest shareholder with an 11% stake.

Capital Research Global Investors, which offers a range of Sicav funds for European investors, is also a significant shareholder with 6.1%.

While some shareholders have been sheepish about their exposure, the GOP Point Bridge Stock Trader ETF holds General Dynamics as part of its pro-Trump mandate. Known as the Maga (Make America Great Again) ETF, due to its ticker, the tracker fund selects the top 150 Republican stocks from the S&P 500 based on political contributions by the company and employees during the previous two election cycles.

Defence index trackers are among funds with the highest exposure to General Dynamics.

The Natixis and Pyrford funds are not run to an ethical mandate.

An analysis of international funds showed 1,946 have exposure to General Dynamics, ranging from a couple of basis points to 17.39% in the $64.8m Barrett Opportunities fund, domiciled in the US, according to Morningstar. The Natixis Vaughan Nelson US Select Equity fund ranks 17th for exposure to the company.