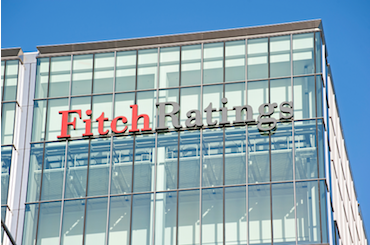 Pointing to BlackRock’s recent decision to roll out ESG integration across its actively managed funds , Fitch said the growing trend of ESG adoption, particularly for fixed-income offerings, could result in certain sectors facing higher funding costs and, in the long-term, reduced funding availability.

“On its own, an increase in funding costs is unlikely to be large enough to affect corporate ratings, particularly while corporates’ interest-coverage ratios remain strong for their ratings, helped by low interest rates.

However, any impact would depend on numerous factors, including the timeframe involved and companies’ strategic decisions in response to the focus on ESG, the credit ratings agency added.

Fitch believes the effect of increased ESG focus from asset managers and investors would not be evenly felt across sectors typically associated with unfavourable ESG attributes.

“Some investors considered the bond “greenwashed” and avoided investing, whereas others considered it an eligible investment.

“Investment approaches to ESG will evolve as sustainable finance matures, and as new products such as transition bonds are developed to help more pollutive sectors transition to a lower-carbon economy. The development and adoption of ESG-focused bond indices could also be a significant factor in determining how various sectors and issuers are affected,” Fitch stated.

Some investment managers have already exited, or plan to exit, certain sub-sectors.

BlackRock announced it will exit the thermal coal production sector by mid-2020, while BNP Paribas Asset Management exited the tobacco sector in November 2017, and Pimco excludes the weapons, tobacco, pornography and coal sectors.

“Funding risks for issuers will depend on the magnitude and timing of capital re-allocation. Re-allocation to date is limited, with just under $1 trillion of AUM in ESG-listed funds compared with over $50 trillion in total global mutual funds.

“Growth in ESG-listed funds is becoming more significant but we do not expect abrupt shifts as managers will want to avoid the large valuation or tax effects that these could cause,” Fitch added.