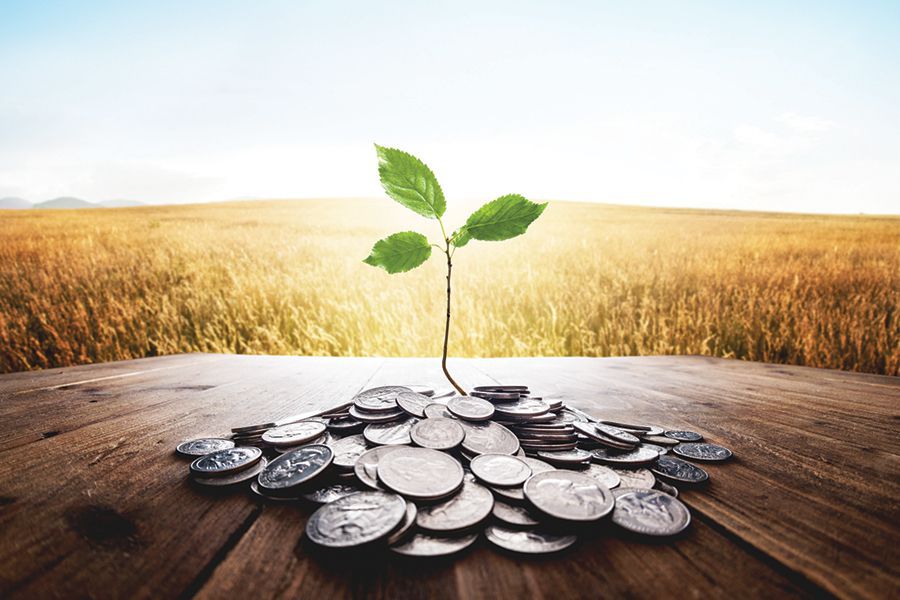 Climate and nature agendas are “finally starting to connect,” experts said, after governments and corporates announced an abundance of commitments during Saturday’s Nature Day at COP26.

Country and business leaders met with farmers and agriculture representatives in Glasgow, Scotland, to discuss policies, which led to 45 governments pledging to take urgent action to protect nature and shift to more sustainable ways of farming.

Meanwhile, 95 companies from the private sector, including supermarkets and fashion brands, committed to becoming “nature positive” by halting the decline in nature by 2030.

• Germany’s plans to lower emissions from land use by 25 million tons by 2030.

All continents were represented in the pledges, with India, Colombia, Vietnam, Germany, Ghana and Australia also laying out action agendas to change their agricultural policies to become more sustainable and less polluting, and to invest in the science needed for sustainable agriculture and for protecting food supplies against climate change.

At COP26, Vian Sharif, head of sustainability at FNZ and a member of the Taskforce for Nature-related Financial Disclosures committee, said: “We’re finally seeing the nature and climate agendas start to connect. It recognizes what the science has shown us — that these are synergistic paths, so that protecting biodiversity and nature is one of our best shots at achieving net zero.”

“COP highlighted some of the leading financial institutions globally who are recognizing that nature is at the heart of business — not least because of the systemic risks that nature degradation poses to business and investment, and the opportunity that nature restoration poses both for net-zero outcomes and returns through innovative investment,” Sharif said. “For all this, the development of science-based metrics enabling investors to integrate nature into their risk and due diligence decision-making is crucial. Insights providers like NatureAlpha, Naturemetrics and Sustainix are working alongside business and finance to support this.”

For example, she said, protecting forests is one of the most effective ways of ensuring carbon is absorbed from the atmosphere. That is why the landmark agreement last week at COP26 on deforestation is so important. Leaders representing over 85% of the world’s forests committed to halt and reverse deforestation and land degradation by 2030, alongside 8.75 billion pounds ($11.8 billion) of public funds committed to protect and restore forests coupled with 5.3 billion pounds ($7.2 billion) of private investment.

THE BUSINESS OF NATURE

At COP26, the TNFD announced it would be working closely with the new International Sustainability Standards Board on nature-related disclosures.

The UK government announced funding of 500 million pounds ($674.5 million ) to support the implementation of the Forest, Agriculture and Commodity Trade Roadmap — the landmark agreement announced during the World Leaders Summit last week — and a further 65 million pounds ($87.7 million) to support a “just rural transition” to help developing countries shift policies and practices to more sustainable agriculture and food production.

The World Bank has also committed to spending $25 billion in climate finance annually to 2025 through its Climate Action Plan, including a focus on agriculture and food systems.

“If we are to limit global warming and keep the goal of 1.5C alive, then the world needs to use land sustainably and put protection and restoration of nature at the heart of all we do,” said Alok Sharma, president of COP26.

“The commitments being made today show that nature and land use is being recognized as essential to meeting the Paris Agreement goals, and will contribute to addressing the twin crises of climate change and biodiversity loss,” Sharma added.