Why investors should keep tabs on innovation in food production 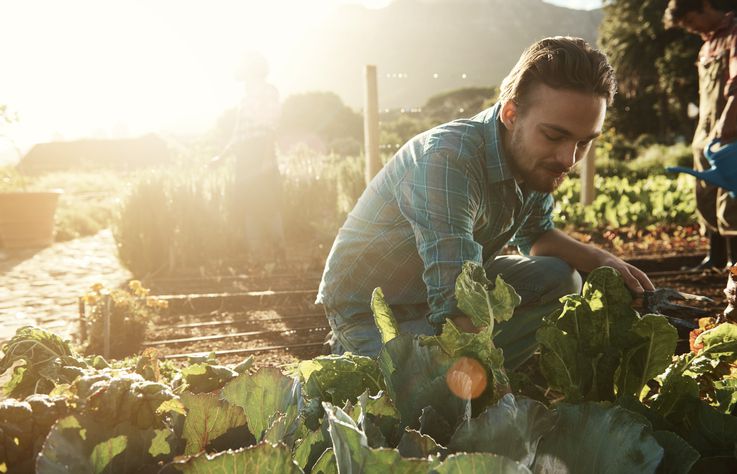 Are processed foods ripe for disruption from local nutritional brands?

Recent exits from the accelerator stage in food innovation are on a par with the multiples from high tech says Shen Tong, founder of specialist accelerator FoodFutureCo.

The US-based firm says it is the world’s first scale-up accelerator across the areas of food, agriculture, social, & environmental entrepreneurship.

Shen was speaking at a recent WM Nexus 2019 Impact Investing event in London.

He said the fact a Hostess Twinkie – a kind of snack cake – dating from 1976 was found in a New England school left alone even by bacteria shows just how much the world’s food and agriculture industries are ripe for disruption.

One firm, which has even had President Barack Obama as a customer, has achieved growth similar to high tech entrepreneurs but through creative financing structure with government, foundation grants, and impact investing that are multiple times of traditional venture investment. Their market, locally sourced fresh food through food hubs, has grown from zero to over US$1 billion in 4 years.

But there is a wider purpose than simply making money.

He says: “So, the food we have for our children, for everyone, is high in calories, negligible in nutrients and full of chemicals. When it comes to bacteria, with the Twinkie, we now know scientifically it is smarter than homo sapiens. Bacteria just don’t eat it. That’s why it doesn’t turn bad. That’s fast food and processed food.”

He says the opportunity is huge allowing him to bring together his investment expertise and desire to do something about the poor quality of the food, partly driven by the fact he is a father.

The name of one of the 50 portfolio companies says it all, 4P Foods, with the Ps being people, planet, purpose, and profit.

The challenge but also the opportunity is clear. It takes three processed apples to match the nutritional value of an organic one. With organic beef, the ratio is five to one.

Shen notes that the food and beverages sector in the US alone is worth US$1.8 trillion. Globally, it is US$5 trillion and taken together with agriculture US$9 trillion a year annual revenue.

That is over twenty times the global software market. He says it is ripe for disruption by new business models which will help develop and then cater to new marketplaces. For investors, food is the new internet.

“This is just the beginning. If you look at brands and marketplaces in food agriculture in the last few years, the multiples in exits are now at par with high tech.”

Yet he notes this kind of healthy food is less than 1% in animal protein (meat), and just over 12% in fruit and vegetables (produce) – roughly where Amazon was in online shopping and delivery 20 years ago.

FoodHub is the project which attracted President Obama’s attention in a poor district of Washington, where it takes over an outlet in a community and sports centre every Wednesday.

The food comes from surrounding farms, is prepared and cooked on site, and replaces the usual fast food.

“These are just food hubs which aggregate farms around major cities and either as farm stands, where Barack Obama went, or where the food is delivered to your home or available for pickups.”

He says he believes the local food category is poised to grow to US$20 billion. Indeed, this local category has already overtaken the total volume of an older and also fast-growing category of Organic.

“By doing good, by changing food, we can create a lot of value.”

The President paid the full US$30 price but with food stamps, it is five dollars. Indeed, that shows another important aspect of the market in that for every million invested, the programmes receive two times that from non-traditional sources. Government, charitable foundations and even major league baseball can contribute to these programmes. This is a significant advantage that social/environmental entrepreneurs have over those in tech circles.

He emphasises that his accelerator is not looking for start-ups but businesses which are on track to towards grossing $1m annually in revenue. FFC was a pioneer in building out the food acceleration field.

It is highly competitive with a 1% admission rate.

This year, the accelerator selected ten companies from 1,200 applicants, taking them on in two batches.

There is extensive support – rather than the few dozen mentors often available from a typical accelerator – it has over 500 mentors/advisers.

He says that as part of this process, FoodFutureCo crowdsources the due diligence thus the review process has over 30 experts and investors. This builds a tribe of supporters around each venture with the accelerator as the solution provider.

But as well as delivering for investors, Shen says he has much wider ambitions. These nascent businesses could, for example, provide answers to the US and increasingly the global obesity epidemic.

“Food can be at the heart of so many things. It’s about the environment and education and gender equality. Without a well-nourished mind, the poor of American cannot stay at par with the rest of the population,” he adds.