‘No dishonesty’ in green label for gas and nuclear 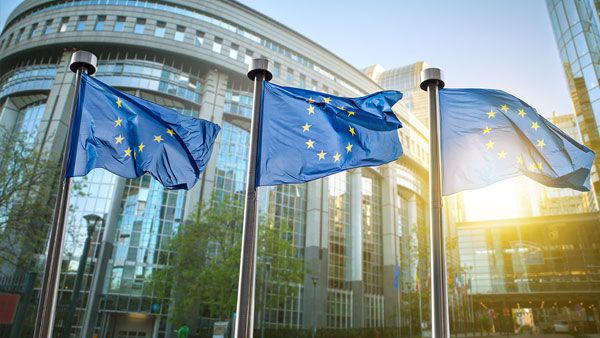 The EU confirmed yesterday it will be adding fossil gas and nuclear to its sustainable finance taxonomy, pending the likely approval from members states and MEPs, as policymakers defended the decision amid the backlash of greenwashing.

In the European Commission’s (EC) final version of the complementary delegated act (CDA) little had changed from the draft published on 31 December last year, save for some easing of criteria for the classification of gas as green.

It came as good news for European states, such as France and Germany, which have been pushing for the nuclear and gas, respectively, to be included in the taxonomy. But there are many – including climate scientists, sustainable finance experts and EU member states – that have had their strong objections ignored.

Additional criticism followed the final draft’s publication due to the removal of intermediary targets for gas-fired power plants. Whereas previously the proportion of low-carbon or renewable gas they used would have had to hit targets in 2026 and 2030, they now only need to be 100% renewable by 2035 to be classed as sustainable.

According to the commission, in order for gas to be classed as green under the taxonomy it must contribute to the transition from coal to renewables.

For nuclear power to be considered green it must fulfil specific environmental safety requirements.

Responding to the EC’s decisions, Gemma Woodward, head of responsible investment at Quilter Cheviot, said the inclusion of gas was “illogical”.

“With gas, there’s a compelling argument for it to be excluded. Our climate targets rely on the phasing out of natural gas power plants, so it appears illogical for gas to be included within the taxonomy.

“The justification is that gas is a bridging fuel that is necessary as nations develop their renewable capacity. There is some truth to that, particularly given the energy challenges Europe is facing at the moment, but it isn’t necessarily showing Europe to be a leader at all,” she commented.

Nuclear, according to Woodward, was less clear cut: “For nuclear, things are a little more nuanced. While there are clearly safety concerns after the Fukushima nuclear disaster in 2011, nuclear still has a valid place in the energy mix, particularly in Europe, where geographic factors mean earthquakes and tsunamis are significantly less likely. Political forces will likely be at play given France’s strong nuclear sector.”

“Fossil gas has no place in the taxonomy. It remains a fossil fuel with a serious impact on our climate, already responsible for more emissions than coal in Europe.

“Putting gas at the same level as renewable energy solutions is pure greenwashing and encourages investors to build significant financial risks into their portfolios. This flawed compromise undermines the credibility of EU investment labels and their ability to drive a global market standard,” said Fischer.

When asked if the revised taxonomy gives sanction to those who want to greenwash gas and nuclear, EU commissioner for sustainable finance, Mairead McGuinness, emphasised the transparency and voluntary nature of the taxonomy.

“We are hearing the loudest voices, some are critical about what we’re doing. But I think when people reflect on the content of this CDA they will see the wisdom behind us, and the purpose.

“…if you hide something, if you’re being dishonest, then you’re greenwashing.

“So there’s no ambiguity. There’s no greenwashing. People make choices. This is not mandatory, it’s voluntary,” she said.

The commissioner said the investment community should look at the CDA in a more “settled atmosphere.”

McGuinness went on to say if the taxonomy did not exist, there could be a “scattergun approach to investments” and emphasised the difference between those activities labelled as transitional versus “truly renewable”.

Looking at the details, gas and nuclear are now set to be classed as ‘transitional activities’ under Article 10.2 of the taxonomy regulation which states:

“…An economic activity for which there is no technologically and economically feasible low-carbon alternative shall qualify as contributing substantially to climate change mitigation where it supports the transition to a climate-neutral economy consistent with a pathway to limit the temperature increase to 1.5°C above pre-industrial levels, including by phasing out greenhouse gas emissions, in particular emissions from solid fossil fuels, and where that activity:

However, objections to gas and nuclear’s inclusion in the taxonomy are standing firm. Austria and Luxemberg have stated they will begin legal proceedings when the regulation comes in to force and NGO Client Earth has also said it will challenge the regulation in court.

Client Earth lawyer, Marta Toporek, said: “Branding gas as transitional and green in the taxonomy clashes with a number of EU laws, including the EU’s obligations under the Paris Agreement, the European Climate Law and – amazingly – the taxonomy regulation itself. Failing to take these legal obligations into account puts the commission at serious risk of legal challenge.”