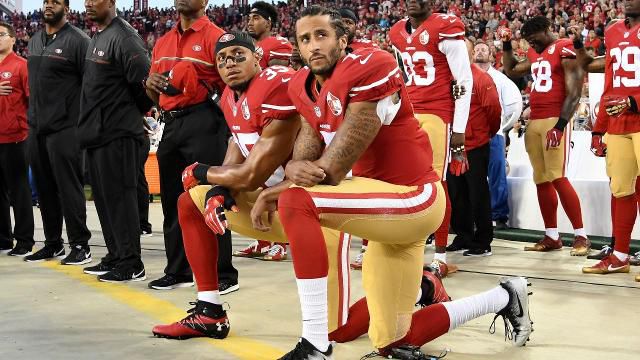 The radical change in the global political landscape in recent years has mobilised investors to take a closer look at the financial backers of political parties.

Last month, the Wall Street Journal, reported that greater numbers of companies are now disclosing what they spend on political influence, public affairs, lobbying and political party donations. But some companies have been reluctant to increase levels of transparency.

Ahead of its annual general meeting in September, global sports brand Nike, actually urged its investors to reject calls to produce a six monthly report on its political donations, according to its filing with the US Securities and Exchange Commission.

But asset managers have other ideas. A report by US political analysis group Open Secrets, in September, had suggested that Nike’s donations to the Republican Party far outweighed those to the Democrats. However, in a statement released to Yahoo Sport, Nike said that the methodology for the data calculations was unfair.

The disagreement underscored why fund managers want transparency from global businesses such as Nike.

Speaking to ESG Clarity, a spokeswoman for Aberdeen Standard Investments explained that the company is a passive holder of Nike stock and confirmed that it had voted for the company to report on its political spending. So too did rival Schroders.

Both fund companies said it was important that investors had greater clarity around political donations, both to parties and non-profit organisations to give a clearer view of the company’s political sphere of influence.

Aberdeen Standard’s spokeswoman said that the company would be “generally supportive” of investor requests for such policies. But the case of Nike is particularly intriguing.

Nike’s recent politically-charged advertising campaign featured NFL quarterback Colin Kaepernick which triggered a boycott of its products by some Republican-supporting customers. The American footballer had protested against racial injustice by kneeling on one knee during the US national anthem at NFL matches, dividing some of its US customer base. He would later leave the sport after filing related allegations against the NFL, but Nike continued its commercial sponsorship.

Any suggestion that Nike had made substantially higher political donations to the Republican Party could be seen by investors as a symptom of disjointed corporate strategy, as it would be at odds with the brand messaging in this advertising campaign, broadly welcomed by Democrats.

This is part of the reason that fund managers have been keen for the business to lay out its donations. It is hoped that regular reporting of these donations by Nike would be 100% accurate, as opposed to external assessments (as reported by Yahoo Sport), which the company later disputed.

“This proposal asks Nike to provide a semi-annual report on its political contribution policies, that includes information on direct and indirect payments made to intervene in a political campaign, or to influence the public with respect to an election,” Schroders said in its monthly report on voting activity.

“We support this resolution, as additional information regarding political contribution spending and non-profit organization participation would enable shareholders to have a more comprehensive understanding of the company’s political activities. It would also bring the company in line with several peers in the consumer discretionary sector, which present this information publically.”

ESG Clarity has approached Nike for comment on the issues documented in this article. The story will be updated should we receive a response at a later date.