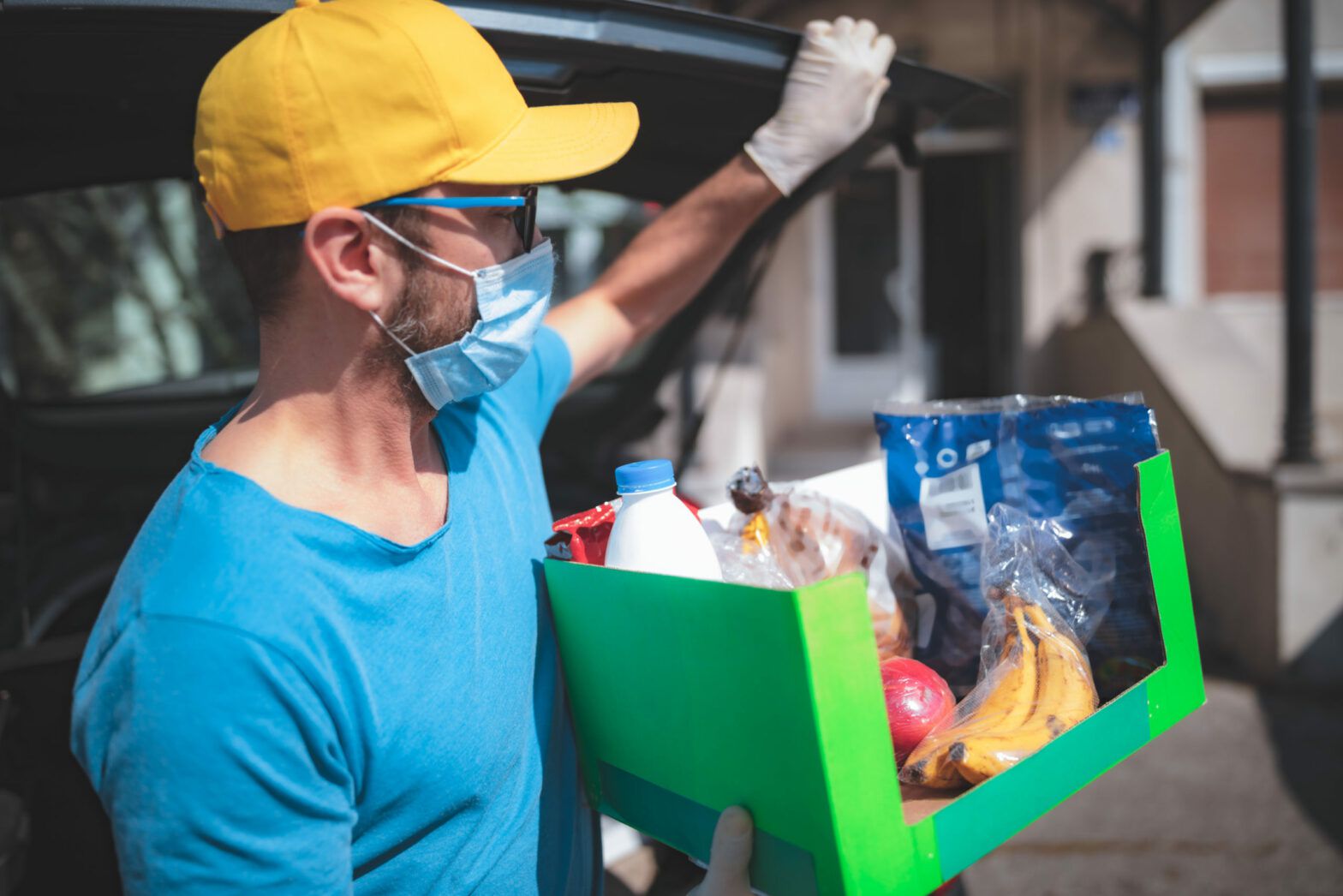 Delivery guy with protective mask and gloves delivering groceries during lockdown and pandemic.

Responsibly invested funds holding Compass Group, the owner of Chartwells, have told ESG Clarity they are engaging with the company over the highly criticised food parcels its subsidiary provided in lieu of free school meals.

Earlier this month, social media was awash with angry posts, which were picked up by national press, regarding meagre food portions to feed children for up to 10 days after the UK government contracted Chartwells to issue the food parcels to children who normally obtain free school meals at educational settings – the national lockdown in the UK has meant this has become inaccessible for some.

In response the UK investment manager for charities and local authorities, CCLA, coordinated an open letter to Compass Group’s CEO, Dominic Blakemore, asking for further reassurance on the changes that are being implemented so that future food meet the needs of these families.

At the time of the letter – reported 14 January – just Legal & General Investment Management from these funds was a signatory. Since then, Liontrust has joined the list of signatories.

A spokesperson from Liontrust said: “We spend a lot of time talking to all our companies about ESG issues, and child health and nutrition is of paramount importance. We have been very concerned about the reports and images of free school meal provisions in the press and on social media.

“Like all companies held in our funds, Compass must continue to meet our sustainable criteria and the highest ethical standards across the whole business. Therefore, we have been engaging with Compass about the food parcels, the processes used to put them together, who verifies that they are providing a balanced diet and what action needs to be taken to ensure the food parcels meet the needs of the children. This engagement is continuing as we seek the answers and assurances required.”

Pictet has said it was ‘shocked’ to hear about the food parcels and has reduced its exposure to Compass Group.

“We were shocked to hear about the unacceptable state of ‘school meals’ provided by Chartwells, a Compass subsidiary, in the UK last month. We had a one-to-one call with Compass’ IR following these reports,” a spokesperson said.

“After assessing the situation, we immediately added an ESG discount to the Compass name in our process as a result of these events, penalising the name with a reduced weight in the portfolio until we have longer-term evidence its remedial actions are working sustainably. This said, we still believe that Compass overall is worthy of a position in the portfolio.”

Both Columbia Threadneedle and Troy, which also have funds with top 10 holdings exposure, said they have reached out to Compass on this issue.

A spokesperson from Columbia Threadneedle said: “Columbia Threadneedle Investments views stewardship as an integral part of its approach to responsible investment and we engage with the companies in which we invest on both an ongoing and ad hoc basis. We are engaging with Compass Group and have noted its response to the issue.”

Meanwhile, a spokesperson for the Trojan Ethical Income Fund said: “We operate a clear responsible investing philosophy based on three pillars: long-termism, robust research, and corporate engagement. As part of this, we have robust stewardship processes in place should issues such as this arise and in line with those have opened an engagement with the company.”