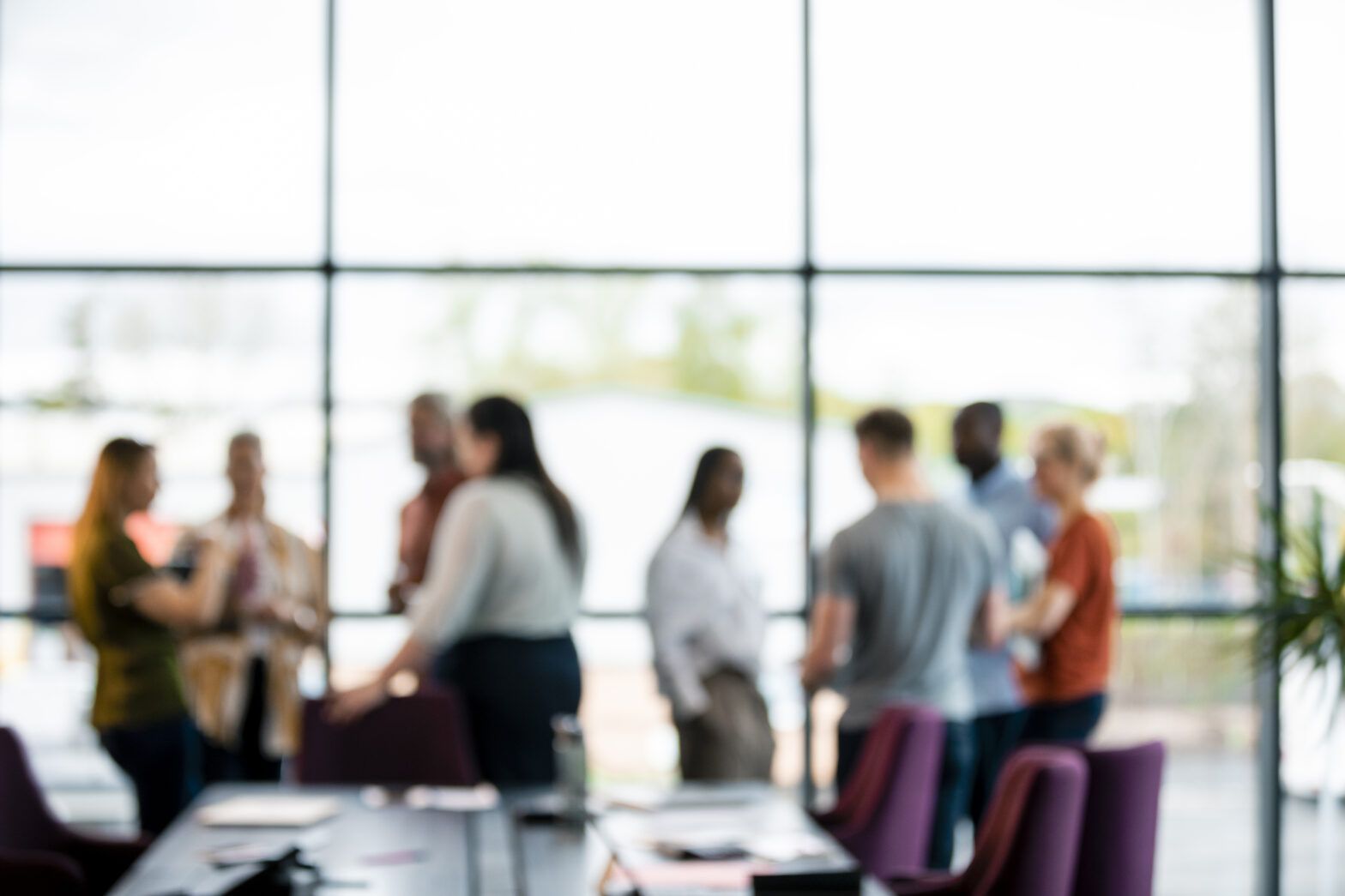 An out-of-focus background of a group of people stood in a boardroom in Hexham in the North East of England.

The financial services industry is still a long way from building inclusive working environments, with almost 80% of Black employees experiencing discrimination at work over the past year, according to the latest research from non-profit Reboot.

At the same time, more than a third would not feel comfortable reporting inappropriate or discriminatory behaviour due to negative repercussions such as greater scrutiny from their managers (cited by 49% of survey respondents), different treatment from colleagues and peers (48%) and feeling isolated or left out (41%).

It found Black employees are still experiencing strong discrimination in the workplace with 79% saying they had done so in 2022 – up from 71% last year.

Half of Black workers say they have experienced inappropriate jokes ‘once in a while’, but four out of 10 (37%) have been on the receiving end of racial slurs several times over the past 12 months.

Racial discrimination is also found to be impacting career progression with half of Black people (52%) who have experienced racial discrimination having to take time off work. More than a quarter (28%) of Black people said they feel their background can have an effect on the opportunities they’re given and around a third (30%) said their background has prevented them from meeting their career expectations.

Lawrence Heming, vice-president of diversity and inclusion EMEA at Morgan Stanley, said: “It is shocking to see the level of racial discrimination faced by Black employees in 2022. More needs to be done to create an environment where people can feel comfortable speaking out against discrimination, and that’s not just for those experiencing this negative behaviour first hand. If we’re to stamp this out and build more inclusive working environments then everyone should feel comfortable speaking out against discrimination.”

There were a few signs of progress. The survey found 73% of Black respondents said there is strong leadership support for their organisations’ diversity and inclusion values, which is an increase on 61% from the previous year. Meanwhile, 58% feel leaders are now more comfortable tackling gender issues.

Heming added: “Over the past year we’ve seen financial companies, big and small, put a greater focus on diversity and inclusion, which is encouraging. However, while we are seeing improvements in the levels of diversity within organisations, there are still issues with creating an inclusive environment that Black employees feel welcome in.

“While it’s promising to see business leaders trying to drive change from the top, there’s still a long way to go to build workforces that celebrates our differences.”