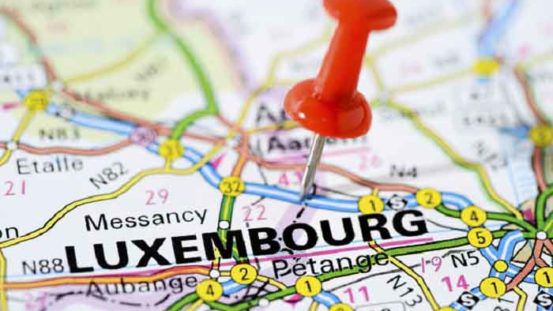 Sustainable investing, Brexit and growth of the fund industry are high on Alfi’s agenda for 2019

A top priority for the Association of the Luxembourg Fund Industry (Alfi) going into 2019 is sustainable/environmental, social and governance (ESG), its deputy director general has confirmed.

Anouk Agnes said during a briefing attended by ESG Clarity‘s sister title, International Adviser: “There are new consultations, proposals and initiatives from the European Commission (EC) coming out – altogether we believe that sustainable investing will be a top priority for Alfi in 2019.”

The EC published its first legislative proposals on 24 May 2018, in a bid to improve transparency and provide more clarity in the ESG market.

“The commission was right to tackle this area because it will lead to a more robust and market growth,”Agnes added.

“There are a lot of requirements that we will have to comply with, but we believe that is going in the right direction.

“Disclosure, transparency and truth in labelling, as we can call it, we believe it is a prerequisite for this market to grow further and for investors to be confident they are investing in a product that is green or ESG, and the investments actually go to those activities.”

Luxembourg currently accounts for 31% of European responsible investment funds and 39% of total assets under management in those funds.

Fighting misleading information within the sustainable investment market is a big issue at the moment, with the sector looking to tackle so-called “greenwashing”.

Recently, IA interviewed Eoin Fahy, the head of responsible investing at KBI Global Investors, about greenwashing and he said most people in the industry believe there is a problem with firms re-labelling or re-marketing funds as being ESG-focused when they are not.

Agnes added: “We think it is important but the Commission hasn’t really picked up on the methodology of how asset managers invest in ESG products.

“Whether it’s an inclusion screening or a proactive approach – the right procedures need to be put in place.

“We believe labels are a straightforward way of reassuring investors. If a label is too superficial, it is difficult to preserve confidence with the investor. But labels are generally the way to market products.”

The UK’s departure from the EU has been an issue for financial institutions over the last few years and, with the increasing possibility of a no-deal Brexit, an even greater concern now.

Denise Voss, chairman of Alfi, said: “Most firms have been preparing for Brexit and have put in place plans for each scenario, over the past months including a ‘no deal’ exit.

“We continue to be part of the solution to Brexit. Our focus is how do we create solutions for the UK post-Brexit.

“The Luxembourg fund centre has a long-standing relationship with the UK. Our efforts focus on how we can continue this constructive relationship even after Brexit.”

Camille Thommes, director general of Alfi, added: “We have been working with the Financial Conduct Authority (FCA) to make sure that Luxembourg-based firms access the UK market and are fully compliant.

“The industry requested that the European Commission make sure there is a memorandum of understanding between the European Securities and Markets Authority (Esma) and the FCA.

“We have got confirmation that Esma is working on this and will make a final decision some time this year.

“But parallel to that, national regulators have sought direct cooperation with the FCA. We appreciate the FCA is offering some possibility to avoid disruption, but it is also in the interest of the UK market and investors to gain access to other products.

“Every market that has products that can’t be distributed to the UK market will be advised to make sure the national regulators of that country come up with a similar regulation agreement with the UK.”

In November, IA also attended an event by the Irish Funds Association, where chief executive Pat Lardner, said, “there is no city in the EU that has the capacity to deal with what is going to come out of the UK”.

IA asked Voss whether Luxembourg has the infrastructure to cope from dealing with the fallout of Brexit.

Voss said: “Since Brexit took place, Luxembourg has been very open to businesses coming over and discuss plans post-Brexit.

“We have been going full steam ahead for the last 18 months. It is a hot market for talent but I reckon it is the same for Ireland and Germany. It is not about funds only, but banking and insurance as well.

“Luxembourg is doing what it can do, and the advantage I would say it had even before Brexit that it was focusing on things like more-English speaking schooling.

“Brexit probably forced infrastructure plans up a notch. It had the advantage with the many infrastructure projects on the go already. We are managing and it is a challenge.”

Dealing with the financial sector is not the only issue that arises with Brexit. Luxembourg also must cope with the problems surrounding the settlement status of around 6,000 UK expats who are living in the country.

Thommes added: “For UK residents, the government of Luxembourg made a statement regarding their residency status.

“We have been advocating very strongly for an association to help with the process and make it as smoothly as possible.

“We appreciate them being in the country and they add to the expertise in the financial sector.

“This is down to the government, so there are no effects for them. We want those UK nationals, who have lived in Luxembourg, for a long time to feel at home in the country.”

The UK is not the only region Alfi is looking towards in the coming months. Thommes admitted the association’s “focus and attention” will be to grow its business in Latin America and southeast Asia.

He added that regulatory changes in places like Mexico have seen interests increase in the region.

Currently, there are 1,283 funds from across Latin America domiciled in Luxembourg.