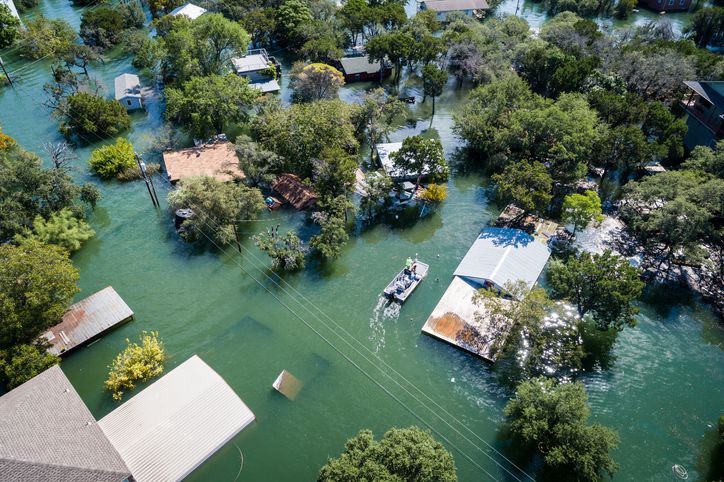 Agreement on assistance hailed as route to boost global solidarity

An agreement has been reached between global leaders at COP27 in Egypt to create a loss and damage fund that will assist developing countries most vulnerable to climate change.

The decision on the fund was set out in the final deal document published on Sunday 20 November as COP27 negotiations overran.

It has been hailed as a breakthrough following resistance from some developed countries to the fund and insistence from many developing nations that such assistance was needed.

Simon Stiell, UN climate change executive secretary said: “We have determined a way forward on a decades-long conversation on funding for loss and damage – deliberating over how we address the impacts on communities whose lives and livelihoods have been ruined by the very worst impacts of climate change.”

The statement on the fund published yesterday does not specify details of how much each contributing state will put forward. It has been agreed certain states – including China, Saudi Arabia and Russia – which were classed as developing in 1992, are considered potential donors despite not being obliged to assist other states.

Following the draft deal published last week, European Commission vice-president Frans Timmermans launched a proposal for a loss and damage fund on Friday morning after listening to calls from the G77 group.

In a speech at COP27 yesterday, Timmermans said: “Just listen to our friends from Pakistan, just now, how the country was ravaged by floods. It breaks your heart to listen to it. Or Eastern Africa, where a drought rages that has no parallel. Or to those in the line of monster storms in the Pacific or the Caribbean.

“Yes, they deserve our support for the loss and damage they face.

“But they also deserve our higher ambition to avoid repeat episodes.”

He said the deals agreed did not amount to enough commitments to mitigate climate change, but asked delegates if this made it right to walk away and “kill” a fund less developed countries have worked so hard for for decades.

He commented they would also be killing the chance for a conversation about expanded sources of funding and starting a new chapter on loss and damage, which could contribute to lasting solidarity.

Aside from the agreement on loss and damage, decisions in the final draft mainly take the form of ‘guidance’ rather than commitments.

In terms of phasing out fossil fuels, there has been criticism that commitments on this and lowering greenhouse gas (GHG) emissions were weakened by oil-producing countries and those emitting the most GHGs.

“We would really like to see a more concrete decision made around coal phase-outs,” Louisiana Salge, senior sustainability specialist at EQ Investors, told ESG Clarity in response to the draft deal published last week.