Lessons from the pandemic for COP26 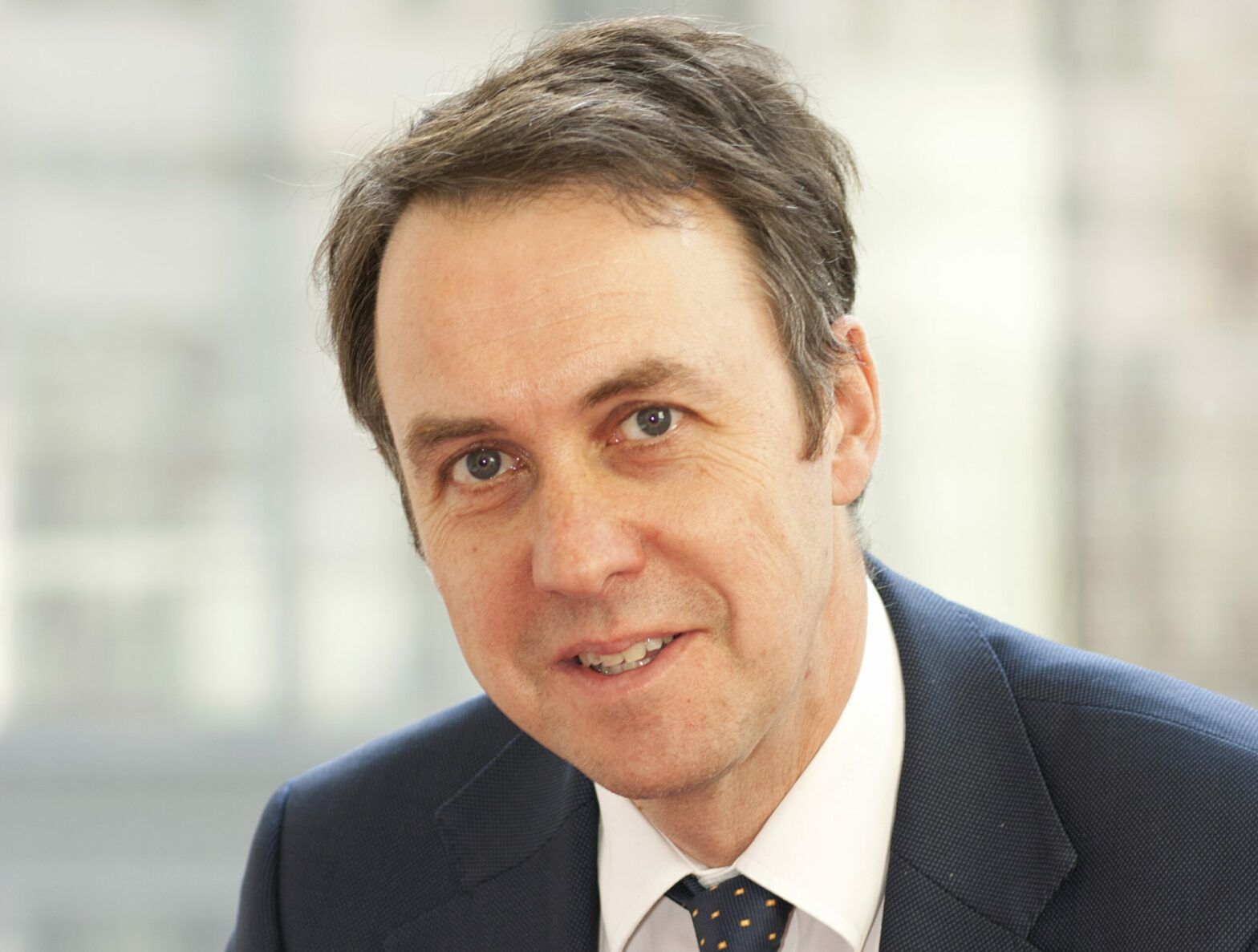 One of the few positive effects of the Covid-19 pandemic has been that it has accelerated interest in the environment by bringing people closer to nature.

The Office for National Statistics (ONS) in the UK has reported evidence of a greater appreciation of natural spaces, such as parks, during the pandemic and the role they can play in mental wellbeing. Increased appreciation of nature may well be helping to spur a greater awareness of challenges to the environment such as climate change.

The pandemic has also highlighted the scale of that challenge.

Even with much of the world economy in lockdown, the United Nations (UN) estimate that emissions only fell by 7% in 2020. This would lead to a reduction in global warming of just 0.01°C.

How big is the emissions gap?

As we approach the 26th UN Climate Change Conference (also known as COP26), the emissions gap has come into sharp focus. That is, the gap between actual carbon dioxide (CO2) emissions and where they need to be to meet the path set out in the Paris Accord of 2015.

Government commitments to reduce emissions, the Nationally Determined Contributions or NDCs, will help, but fall well short of the cuts needed to limit global warming to 1.5°C. On the UN’s projections, even if all NDCs are implemented, total annual green house gas emissions would stabilise at 53 gigatonnes of CO2 equivalent (GtCO2e) in 2030 (see chart 1).

To limit warming by 1.5°C in line with the Paris Accord, we would need to see future emissions fall to 25 GtCO2e per annum by 2030, a gap of 28 GtCO2e on current commitments. Even with the lesser emissions target of 2°C, there will need to be a reduction in annual emissions to 41 GtCO2e. In other words  we need to reduce our emissions by between a quarter and a half by the end of the decade. And, of course, this is only the start as there would then need to be further progress to meet net zero by 2050.

Sadly, it is hard to avoid the conclusion that the Paris Accord is significantly off target.

Clearly, putting the Paris Accord back on track will be the underlying theme of COP26, even if it is not worded as such. What actions would be needed to achieve this?

Lessons from the pandemic

The pandemic provides some grounds for optimism.

The creation and roll-out of a successful vaccine has increased faith in science and governments to deliver solutions to complex problems. Could the same combination deliver a solution to climate change?

In principle there seems little reason why not. However, there are two key differences which make it harder to solve the climate problem.

The first is the incentive to act.  The pandemic was a crisis in the here and now, which required an immediate response as fatalities rose. Climate change can bring periods of massive disruption, but is a more gradual process. It is the difference between an acute and chronic illness. Our political systems are more suited – and arguably motivated – toward solving the former.

The second factor, which has also been lacking in the response to the pandemic, is international co-operation. At one level this sounds odd given the strong co-operation at the scientific level between international companies and researchers. However, co-operation between countries has been lacking. Despite the need to bring Covid-19 under control everywhere before it is truly over, developed countries have been reluctant to help their poorer counterparts with vaccine provision, preferring to prioritise their domestic population. The World Health organisation (WHO) has been vocal in criticising such “vaccine nationalism”.

Returning to climate change, the success or otherwise of COP26 will hinge on the ability of countries to overcome this and co-operate internationally.

To be more specific, the process of countries making national commitments is not sufficient to achieve the desired reductions in emissions. As Nobel prize winning economist, William Nordhaus, recently commented: “countries have strong incentives to proclaim lofty and ambitious goals… and then to ignore those goals and go about their business as usual”.

In other words, left to their own devices, countries will catch a free ride on the actions of others.

Those which do this in relation to climate change not only get the benefits of reduced global emissions, but put themselves at a competitive advantage as they have not had to impose extra costs or regulation on burning carbon at home. The outcome is that no one is prepared to take the action necessary and we are left in a sub-optimal or unsatisfactory equilibrium.

It is possible that there will be a technological break-through in renewable energy, which would solve the problem and make the free rider problem irrelevant. Perhaps not surprisingly for the country that put a man on the moon, the US has emphasised technology over regulation or taxes in its response to climate change.

This may well be part of the solution, but it would seem to be wishful thinking that it will solve the problem on its own. Alongside actions needed to increase carbon sequestration through conservation, restoration, and improved environmental management practices (so-called natural climate solutions), considerable technological progress still needs to be made in areas like carbon capture, storage and smart grids for example.

Furthermore, it is often forgotten that the Apollo space programme cost nearly $200bn in today’s money, which is a significant use of public funds. Similar, if not greater, levels of public and private investment will be needed and should be part of the solution.

Alongside support for technology, there are two measures which will increase the prospect of meeting emissions targets.

The first would be to introduce a global carbon tax. Sometimes known as carbon pricing, this would be implemented through a tax on the carbon content of fossil fuels, or on their CO2 emissions.

By internalising the external cost of green house gas emissions in energy prices, carbon pricing would incentivise households to alter their energy mix while sending a price signal to business to invest in new clean technology. Making the tax global would reduce the concern that it would put firms at a competitive disadvantage in international markets.

The tax would initially be set to meet existing NDCs and according to the IMF is estimated at around $35 per ton. To limit global warming to 2°C, it is calculated that a tax of $75 per ton would eventually be needed. This would represent a significant jump as today’s average carbon tax per tonne of CO2 is just $3. Although some countries have higher carbon taxes, particularly in Europe, many have none at all.

Admittedly such a move in using the price mechanism to shift consumption and investment patterns is an economists’ solution and would be unpopular. Even if the tax is brought in gradually, it would be politically difficult to sell to the electorate. Look at the recent outcry over the decision by the UK regulator OFCOM to lift energy price caps and raise electricity prices. Higher energy costs are regressive.

Carbon taxes could be made more palatable by other incentives. For example, recycling the proceeds from the tax into subsidies for low emission heating and transport, or direct transfers back to poorer groups in society. Such an approach would also help mitigate concerns over the impact of the tax on the economic recovery. There would also need to be allowances and compensation for poorer countries:  many of whom see the use of cheap fossil fuels as essential in the path to the higher income levels found in their developed market counterparts.

However, this is probably not sufficient as there would still be powerful incentives for nations to free ride by delaying or simply not implementing the tax.

So, a second measure is needed. This would be to police compliance and penalise those who do not make the necessary adjustments in reducing emissions. At present, the Paris Accord is a voluntary agreement with no teeth to enforce compliance.

The idea of an enforceable agreement may sound authoritarian, but there are examples of such arrangements which have worked in the past. One would be in international trade, where the World Trade Organisation (WTO) has imposed penalties on those who flout agreements or dump products into overseas markets.

Carbon taxes and an enforceable agreement would be great outcomes from COP26, but are they likely?

We have already set out the political difficulties with the former and in the current environment an enforceable agreement would prove equally difficult to achieve.

The WTO emerged after World War 2, a period of US hegemony and greater international co-operation. Today the world is increasingly bi-polar, with China vying with the US for influence. The WTO itself has also become less influential as countries have reduced support and it is hard to see such an arrangement emerging in today’s environment.

However, such ideas will not fade away. Frustration with a lack of progress and an ever-widening gap on climate emissions mean that there will be continued pressure to step up action. Some of these frustrations may well surface at COP26.

The risk of a breakaway

Consequently, one potential outcome is that we see a group of countries break away and form an agreement of their own where they keep their commitments on reducing emissions.

To overcome the disadvantage of higher energy costs versus their competitors, they could introduce a tax on imports of products with higher carbon content. Such an outcome may sound fanciful, but such procedures already exist. The EU has just published proposals for a Carbon Border Adjustment Mechanism, which would do precisely this by imposing tariffs on carbon intensive imports to protect domestic sectors as energy taxes rise. China and many emerging economies would be most affected as carbon intensive economies with significant exports.

Clearly such an outcome is less preferable to a global agreement. But as we have seen and continue to see with the pandemic, we should be prepared for tensions and fractures between the parties, particularly developed and emerging, and a less co-operative outcome from COP26.