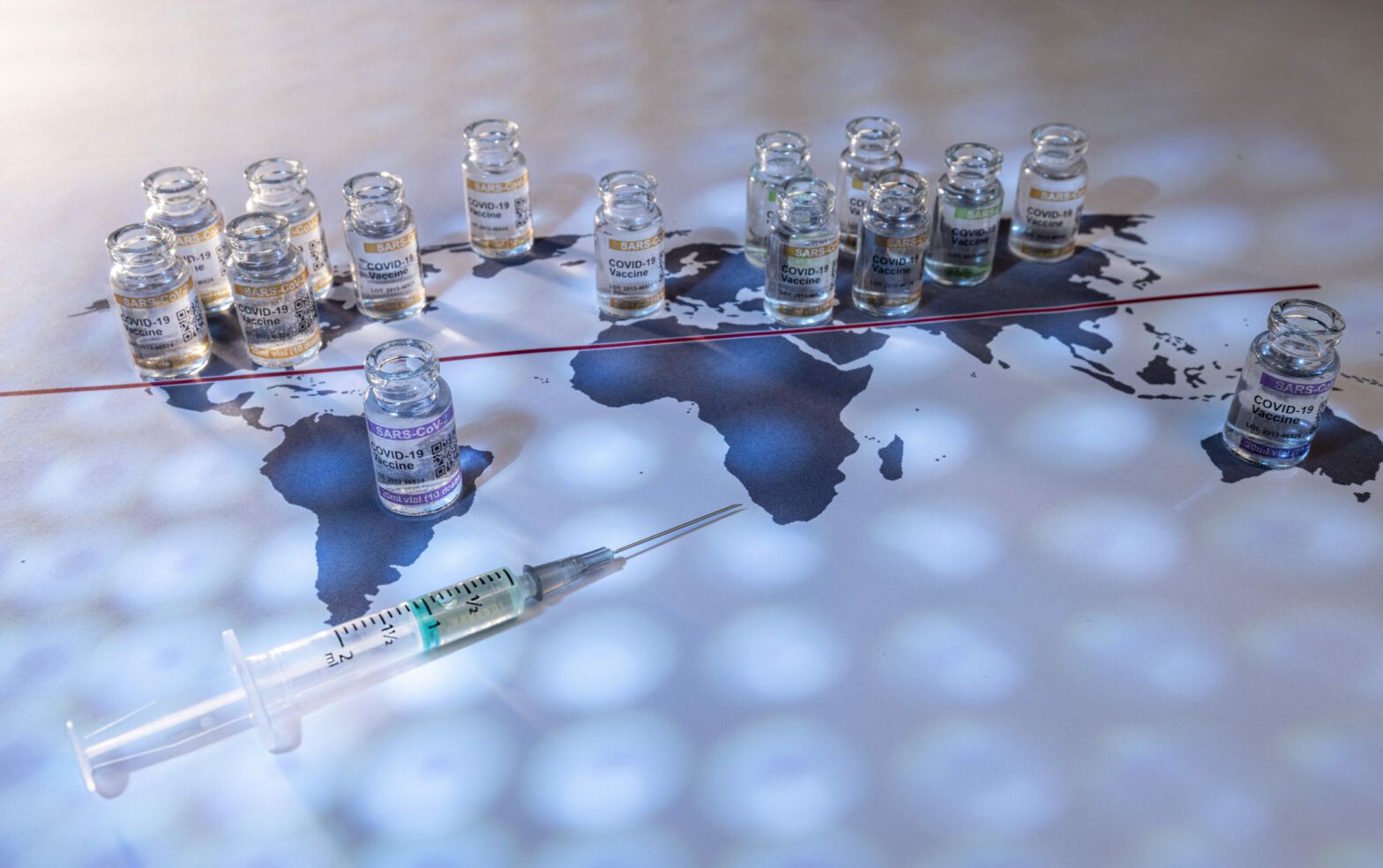 Conceptual image of a world globe map for the global SARS/COVID pandemic, with vaccine hoarding, restricting equal access to vaccines across the world caused by vaccine nationalism and lack of vaccine solidarity. Seen as a moral failure resulting in inequality. Counteracted by the Covax programme and global vaccine alliance.World map fragment of Europe, Russia and Africa with COVID-19 (SARS-CoV-2) corona vaccine vials and injection syringe. Notes: - QR code on bottles was generated by my and contains generic text: "SARS-CoV-2 Vaccine"" - World map is in Public Domain: see: https://commons.wikimedia.org/wiki/File:BlankMap-World-noborders.png (author E Pluribus Anthony has put it in public domain: see article in previous link)

Asset managers representing $3.5trn have written to Pfizer, Johnson & Johnson, Moderna Inc and AstraZeneca Plc urging executive pay be linked to fairer distribution of the Covid-19 vaccine, according to Reuters.

The letter, seen by the newswire, said more equitable access to the vaccine should be achieved in a meaningful, measurable and transparent way and in line with a World Health Organisation (WHO) roadmap.

It also requests the pharmaceutical companies improve international licensing and sharing technology so the vaccine can be produced more locally.

Despite the WHO targeting a 70% vaccination rate in every country by July 2022, only 8.9% of people in low-income countries have received at least one dose, compared with 59% of the global population.

Peter Singer, special advisor to the secretary general of the WHO, told Reuters the unequal distribution of the vaccine was a moral and economic failure and “a significant drag on the world economy.”

While Frank Wagemans, Achmea Investment Management senior engagement specialist, said the group would be voting against executive pay packages where no link is made to the WHO roadmap, Reuters reported.