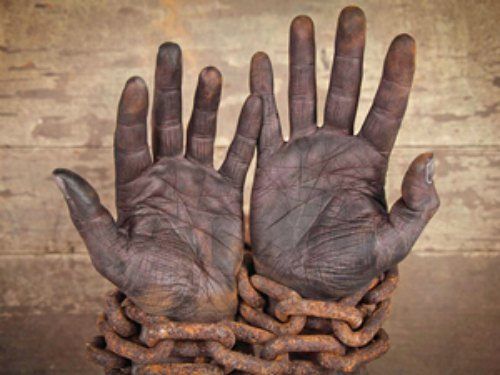 Investors, regulators and financial institutions have lost patience with companies turning a blind eye to issues in their supply chains

Fund firms are racking up the pressure on companies to show that they have a clear view of the working conditions of staff employed by businesses in their supply chain.

The increased scrutiny comes as the UK government embarks on a review of the 2015 Modern Slavery Act, before reporting on amendments in March 2019. Part of the review will include new requirements for companies to improve the transparency of supply chains and improve the quality of reporting by eligible companies. Similar measures have already been introduced in Australia.

Martina Macpherson, president of the Network for Sustainable Financial Markets, explains that with investors and regulators now demanding greater transparency, companies will need to do more to ensure that both labour rights and human rights are protected.

“There is a cost of capital for companies that don’t take an interest in their supply chain,” she says. “Understanding human rights risks and labour rights is becoming increasingly important. Increasingly, companies are publishing human rights reports, side-by-side with their sustainability reports.”

Macpherson, who has conducted extensive work analysing supply chain risks relating to child labour and slavery, said that, until recently, only companies in certain sectors, like mining, conducted such audits. However, increasing demand from investors and heightened regulatory scrutiny has pushed companies to consider supply chain risks in their broader ESG audits.

“I had a discussion as part of a modern slavery roundtable recently and it was clear that the focus is no longer just on companies in sectors where human rights risks were traditionally commonly discussed,” she said.

Slavery, human trafficking and child labour are increasingly areas where investment firms expect investee companies to be vigilant, according to Macpherson.

Recent weeks have seen a flurry of coordinated activity on the subject, with fund managers, investors, regulators, NGOs and human rights campaigners launching a series of projects.

At the end of September at the UN General Assembly in New York, a new initiative launched as part of a wider effort by financial organisations to stamp out slavery, human trafficking and the use of child labour, globally.

At the launch of the initiative, members published research that estimated some 40 million people were enslaved in 2016 and suggested that the proceeds from these illegal practices were somewhere in the region of $150 billion.

In a statement, Fiona Reynolds, chairperson of the Initiative and chief executive of Principles for Responsible Investment (PRI), said: “The financial sector has a significant role to play in working to eradicate modern slavery and human trafficking.

“The Financial Sector Commission is the first of its kind to leverage expertise from all parts of the sector to take coordinated and comprehensive action on these pervasive human rights abuses. The outcome of the Commission will outline practical, relevant and actionable steps in this fight.”

James Cockayne, head of the Commission Secretariat and Director of the Centre for Policy Research at United Nations University, added that the initiative would be seeking to identify “specific areas” where further action could be taken to curb slavery and human trafficking over the next 12 months.

Last month, the Confederation of British Industry (CBI) announced it is currently conducting a review to identify strategic risks which may be linked to modern slavery.

“The CBI is committed to acting ethically and with integrity,” it said in a statement. “We are undertaking a piece of work in 2018 to review and refresh our approach to due diligence and compliance as part of our ongoing work to identify and manage strategic risks.

“We have carried out a high-level review of our suppliers and believe that all of our active suppliers, totalling approximately 800 businesses, are low to medium risk given the country and context of operation, the type of organisation, our knowledge of the supplier and our level of spend.”