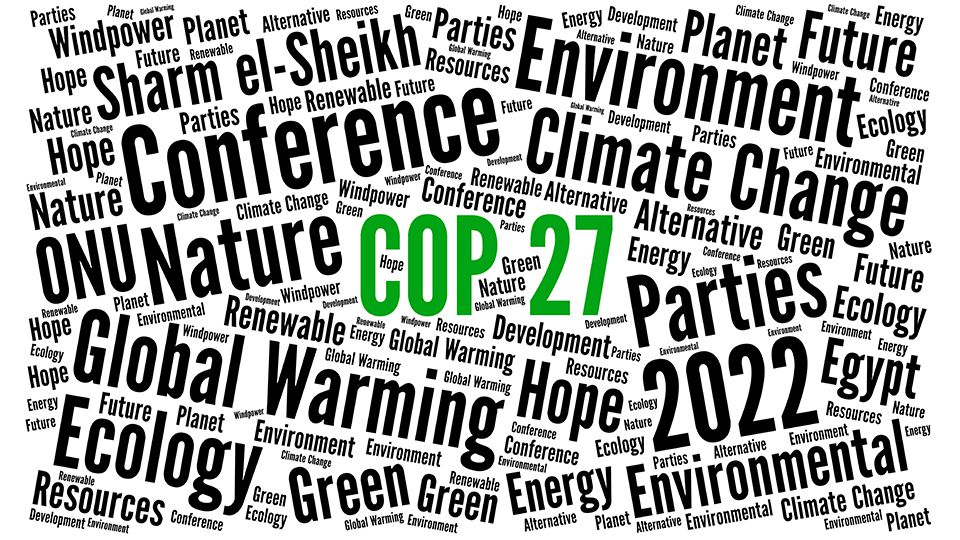 Investing in green innovations such as renewables, carbon capture and batteries were all on the table for discussion during Investment COP 2022 – a side event to COP27 – according to delegates who attended, but many were disappointed with the level of detail in discussions.

Here, they share with ESG Clarity some of the key takeaways, and some of the disappointments, from the event that took place in Sharm el-Sheikh, Egypt between 13–14 November.

Eva Cairns, head of sustainability insights and climate strategy, and Jeremy Lawson, chief economist, at abrdn, said investment COP is a great opportunity to connect and collaborate across investors and corporates. But this year, they noted, there were, disappointingly, fewer investors present than in 2021.

“We participated in a panel on transitioning portfolios to support net-zero goals and what is expected of investors and corporates to achieve those. We highlighted the pace and scale of decarbonisation required for net zero by 2050 is immense, and there is a misalignment between policy pledges that would currently increase emissions by 10% by 2030 and what is expected of corporates and investors,” they said.

Rich Nuzum, Mercer’s global chief investment strategist, was also in Sharm el-Sheikh and said innovation was a key part of the discussions at Investment COP.

“On the innovation side, renewable energy sources – including hydroelectric, solar and wind – already appear to be cost competitive with fossil fuels in a growing proportion of geographies in terms of power generation.

“However, further innovation to drive cost curves down could help improve the net present values of the massive infrastructure investments still needed to migrate generation,” he said.

On the mitigation and carbon recapture side, Nuzum said, building materials that use trapped carbon, direct air capture, and other technologies appear to be becoming cheaper and more cost competitive.

“It seems a market is growing for these mitigants, as private sector companies seek verifiable offsets. National government policies also seem to be trending in ways that create markets for increased private investment in all these types of innovation,” he commented.

Carbon Tracker founder and executive chairman, Mark Campanale, also noted that at the broader COP event the competitiveness of clean energy is starting to shake things up.

“While this COP will be remembered as the ‘fossil fuel COP’ – as there were more than 600 lobbyists from the industry out actively defending their interests – it will also be remembered as the COP where the tide has turned against it, driven by the speed of the clean energy revolution and good old-fashioned economics of the cheap technology challengers winning over the fossilised incumbents,” he said.

According to Campanale, unlike at previous COPs global leaders now know that renewable technologies can compete with conventional energy on cost, as well as environmental grounds.

The battle to include the phasing out of fossil fuels in an overall COP27 agreement was “thwarted by economies almost totally dependent on fossil fuels for revenues – namely Saudi Arabia and Russia,” said Campanale.

However, despite their “win”, Campanele commented the battle is accelerating a coalition build out of democratic countries “determined to see fossil fuels driven out of the energy system.”

Nuzum pointed out that amid the agreement between some factions of the need to phase out fossil fuels, “debate about how to share the burden of reducing carbon emissions between developed and developing economies seems to be complicating global coordination across governments.”

“This could create an even greater need for private sector investment and further innovation to reduce cost and speed up adoption, motivated by profit-seeking behaviour under existing regulation and policies,” he said.

Not moving the dial

Meanwhile, despite some good conversations, momentum at Investment COP was limited, according to Cairns and Lawson.

“The content of the sessions and panels themselves was at times a bit too generic and high level and indeed, the more detailed breakout workshops were more useful for those keen to learn more on a specific topic,” they said.

“We attended one on lithium mining, which was very interesting as it highlighted the scale of lithium needed for batteries in electric vehicles but also the space, water and transportation required to mine it.

“Overall however, the content of the sessions at Investment COP fell short of our expectations. Indeed, there was a disappointing lack of any announcements or sessions that meaningfully moved the dial in terms of the drivers of the energy transition and carbon finance,” they said.

Cairns and Lawson said it was encouraging the food provided throughout the two days of Investment COP was vegetarian: “It’s important to acknowledge the positive impact that eating more plant-based food can have on the planet and emissions.”