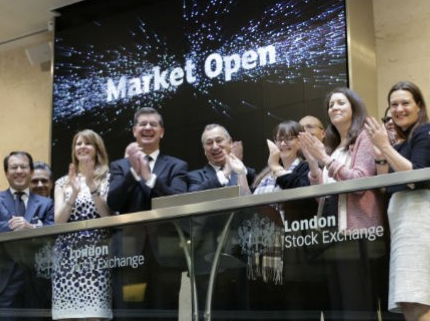 The report entitled ‘The invisible drag on UK R&D: How corporate incentives within the FTSE 350 inhibit innovation’ found that most executive incentive plans encourage short-term gains in revenue or profitability, and not long-term investment.

“Getting pay for performance right is crucial for shareholders, companies, indeed all their stakeholders,” explained Sarah Wilson chief executive of Minerva Analytics.

“Too often compensation has been linked to short-term market metrics rather than real business drivers. Executive pay reform has largely been focussed on the ‘how much’ rather than the ‘what for’; this research shows it’s time to change the equation.”

The research looked at publicly available information about pay and bonuses of executives at the 350 largest listed companies in the UK, comparing them to OECD guidelines for measuring innovation.

Worryingly, the researchers concluded that even at those companies which used long-term incentive plans, the incentive was typically structured over no more than a three year period.

“Innovation is a key driver of growth and prosperity, and increasing this is a core part of the UK’s Industrial Strategy, explained Christopher Haley, Nesta’s head of new technology and startup research.

“However, to maximise their competitiveness in a post-Brexit world, British firms should look more closely at their own innovation activities. We know that companies, shareholders and policy-makers understand the importance of innovation, yet there appears to be a disconnect between what firms say and the behaviour that they currently reward.”