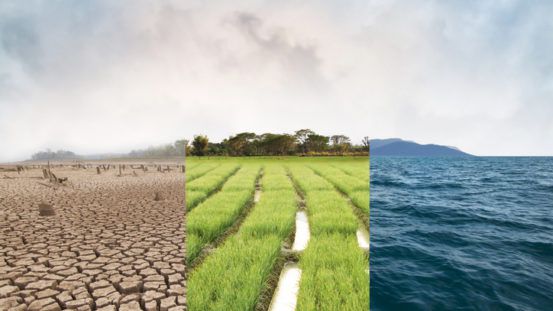 IFC, which is part of the World Bank, will provide an initial $100m and HSBC Global Asset Management will invest up to $75m to anchor the Real Economy Green Investment Opportunity (Regio) Fund, which is expected to have a total life of 15 years, including a seven-year investment period, according to a statement released today.

The managers hope to raise a further $700m from the multilateral and private sectors for the fund, which aims to support “well-diversified climate-smart investments in developing countries”.

It differentiates itself from other green bond funds by targeting “[untapped] real economy” issuers from agribusiness, infrastructure, manufacturing and services, rather than financials.

“This innovative fund will provide new opportunities for an important class of borrowers in green bond markets,” said IFC CEO Philippe Le Houérou in the statement.

The green bond market is small within the context of the total $100trn, but it is growing. There was a significant pick-up  in new issuance after the 2015 Paris Agreement set emission reduction targets for EU countries by 2030, and the cumulative volume is now about $580bn, according to Bloomberg data.

The proceeds from green bonds are meant to be used specifically for environmentally friendly projects, such as renewable energy, although there is not yet a universal criteria or official standard for measuring the “greenness” of those projects.

The closest to a standard are the International Capital Market Association-backed Green Bond Principles announced five years ago. They cover the spending of the bond proceeds, the nature of the project financed and the subsequent monitoring of a project. However, adherence to the principles are voluntary, as will signing up to a future green bond standard being devised by the European Union.

For instance, Allianz Global Investors, which has run a €218.8m ($246m) green bond fund since November 2015, evaluates bonds to ensure they are green by using three main criteria. First, transparency of the use of proceeds and details of the project; second, evidence of a “clear positive environmental impact” of the project; and third, confidence that the issuer is transitioning to a low-carbon business model.

However, as long as there is no official definition of a green bond, then as Julien Bras, portfolio manager for fixed income at Allianz GI told FSA last December, “the risk is with the issuer, not the project” – just like any other bond.

Perhaps part of the problem is that the projects that might improve the environment or mitigate climate damage cover such a vast spectrum of industries. They include energy, transport, water, agriculture, and even information technology. Yet, the Regio fund plans to tap into this diversity.

In order to ensure that the fund adheres to measurable green impact objectives, both for targeted issuers and transparent impact reporting, Regio will refer to a “proprietary green impact framework and clear sustainability governance policies”, according to the statement. Moreover, technical assistance facility, managed by IFC, will provide guidance to non-financial green bond issuers.

Whether or not a likely increase in new issuance volumes (and variety – represented by the targets of the Regio fund) and perhaps a generally agreed standard of green assessment will lead to new opportunities for enhanced performance in bond funds is unclear. To date, the few dedicated green bond funds available to retail investors have earned moderate returns, underperforming in three-years the broadly-based Bloomberg Barclays Global Aggregate Index, according to FE Analytics data.