Good growth ahead for those doing good 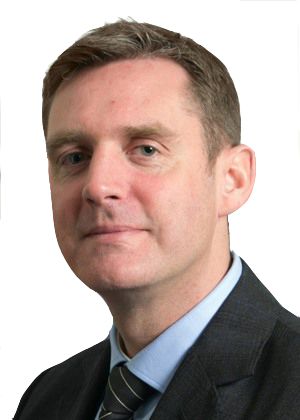 There is an unprecedented focus from both consumers and politicians in solving major world problems, such as the impact our behaviour is having on the planet today and for future generations.

The increase in capital allocation towards – and the application of – new technologies designed to address these problems will offer new and exciting growth opportunities for companies. We see great investment prospects in companies which are tackling the global challenges ahead in new ways.

An example of “technology for good” is batteries for electric vehicles. Whilst this technology has been available for decades, the challenge has been how to manufacture these batteries cost effectively relative to internal combustion engine (ICE) vehicles. It has only been in the last 10 years that enough capital has been provided by the auto industry to build manufacturing plants of sufficient scale to become cost competitive with ICEs.

A combination of Tesla with its vision for competitive mass-produced electric vehicles and government emissions regulation, including the “deiselgate” scandal, has been the catalyst for this seismic shift in the auto industry. As with all change, there will be winners and losers in the move to electric vehicles.

We see no reason for a slowdown in efforts to tackle climate change given the current focus on the covid-19 pandemic. If anything, the current situation places greater emphasis on the need to deal with global issues.

Under the broad climate change theme, in addition to the growth of electric vehicles, we also believe there are highly interesting developments in hydrogen technology. As the cost of solar and wind power generation continues to fall, excess power can be used to generate “clean hydrogen”, an energy intensive process. Large-scale electrolysers are being developed to do this cost effectively by industrial gas companies such as Air Liquide and Linde.

At the other end of the value chain, fuel cell technology is also starting to move to commercial scale production by the likes of Ceres Power in the UK. The range of uses is broad and expanding. From range extenders in buses in China, to datacentres in US, the list of applications looking to transition to hydrogen power is growing, driven by both regulation and consumer preference. In addition, we see hydrogen as a means for industrial processes such as cement and steel production to reduce their carbon footprint. As with all nascent technology, the key will be getting sufficient scale to justify economic growth. However, with enough focus and capital being spent on development across a wide range of industries, we see a viable future for hydrogen over the longer term.

A more sustainable world is not solely about the environment. In the ‘social’ category of ESG, micro finance is an area where we see ‘technology for good’ creating attractive investment opportunities. With prospects of slower economic growth and lower for longer interest rates around the world, the outlook for the banking industry overall is tough. However, the underlying need for greater access to finance in developing markets – often termed micro finance – remains, and the covid-19 pandemic has actually accelerated the role of technology in meeting this need.

An example of this is HDFC bank, India’s largest private sector bank, which has been a global pioneer in delivering simple accessible financial solutions domestically. The company launched its first real-time, online internet-banking platform in 1999 and a year later became the first Indian bank to introduce mobile banking, where customers could access basic financial products and services via an SMS. Fast forward to today and the lockdown in India has re-enforced the need for online and mobile banking.

Of course, many in India have no access to technology and so feet on the ground make a difference. HDFC has over 5000 banking outlets, 53% of which are in semi-urban and rural locations. In addition, the company has tied up with 100,000 Common Service Centres (CSC), access points for delivery of essential public utility services, social welfare schemes and healthcare services. This illustrates the strong alignment with HDFC and the Indian government at both the central and state levels to provide greater community access to products and services. The effect of this and other initiatives has been the growth in customers served from 30 million in 2014 to over 50 million in 2020. Technology has meant that growth has not been at the expense of margins, which have remained stable over the same period.

The world is changing fast, and it needs to. The most compelling prospects for long-term growth are companies which drive meaningful, positive change through technological innovation, thereby catering for society’s changing needs. These will be best placed to attract capital allocation and, ultimately, generate growth. We are optimistic about the ability of industry to meet the environmental and societal challenges ahead and believe the risk reward of providing capital to help companies do so is as attractive as it has ever been.