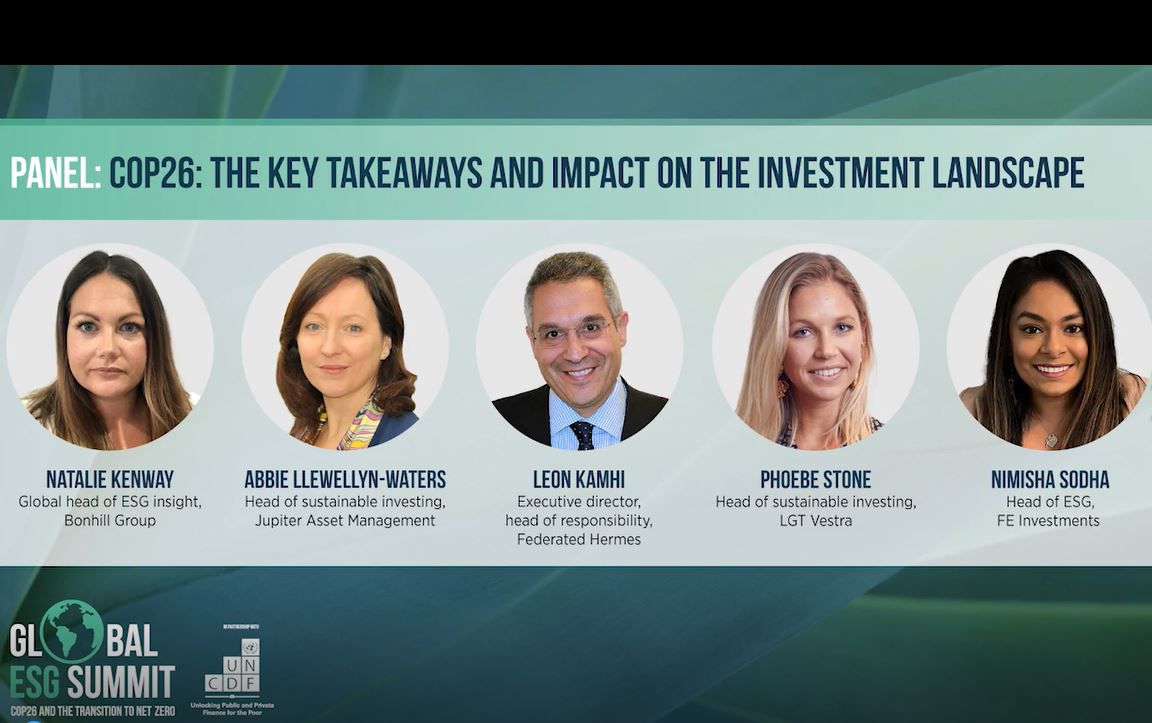 The pressure is on the investment industry and corporates to hammer out the actions they will take in the lead-up to COP27 next November, panellists at the Global ESG Summit said, as there will be an increased focus on interim targets despite some countries not committing to net zero until 2070.

Discussing the outcomes of COP26 in Glasgow last November, the fund managers and fund selectors expressed relative optimism that the pledges made could be met but added the work starts now – there is no time to rest on laurels.

The panel discussion kicking off the Summit titled COP26: The key takeaways and impact on the investment landscape, unpicked the headline announcements from COP26, the key positive and negative factors and how the investment industry will need to respond with the following panellists:

When moderator Natalie Kenway, global head of ESG insight at Bonhill, asked the panel to highlight their positive takeaways from COP26, they largely expressed enthusiasm that policymakers, corporates and investors had “shown action and intent”, as detailed by Kamhi.

“There are good changes on the ground rather than hyper-voluted agreements that don’t have the back-up on how to get there,” he added noting the ‘phasing down’ of coal and $100bn finance climate pledge.

Llewellyn-Waters flagged the announcement from the US and China as a “meaningful catalyst to accelerate a global policy response” and the fact the just transition was centre stage as this is “critical for global success on a diplomatic basis.”

LGT Vestra’s Stone said the “scope of progress [made at COP] should not be underestimated” pointing to the “crucial methane cut” and the increased awareness around the link between biodiversity and climate change.

“This reflects the fact we cannot solve the climate crisis without thinking about solutions for biodiversity loss,” she said.

Sodha however said the implementation details of the commitments were missing and that was “disappointing” at this stage.

Sodha also said although countries like India had been criticised for having long timeframes to reach net zero – the world’s third-biggest emitter of greenhouse gases has pledged to reach zero carbon emissions by 2070 – she said it was a “step in the right direction”.

However, a question from the audience posed to the panellist asked whether net zero targets of 2050 and beyond were in fact ineffective.

Federated Hermes’ Kamhi responded: “It does feel a little like ‘too little too late’. What is very clear from COP26 is next decade is absolutely critical. If we don’t get things in place now we will not achieve net zero by 2050. If we focused on that and ignored the interim, we will not succeed.”

However, Jupiter’s Llewellyn-Waters countered that companies and governments “need an end goal” and that to set earlier targets “would be insurmountable for some markets”.

She added however that the key is in the “actionability and irreversibility of the climate strategies” right now, and that is a key area of focus for the team.

Stone also added that companies that are awarded the Science-Based Targets Initiative (SBTi) “stamp” have to report on a shorter-term basis so it is something being done and considered by the market.

She also pointed to another “breakthrough” at COP26 where the five most carbon emitting sectors – including autos – pledged to reach net zero by 2030.

“This was backed by the UK, the US, Japan and the EU and requires annual reporting against the targets, and these will be discussed annually at COP.

“That is tangible action and I think will be more of a focus next year and beyond.”
Llewellyn-Waters echoed this: “The UN secretary general said the work for COP27 starts now. That ratcheting pressure allows us to bridge the gap between ambition and implementation.” 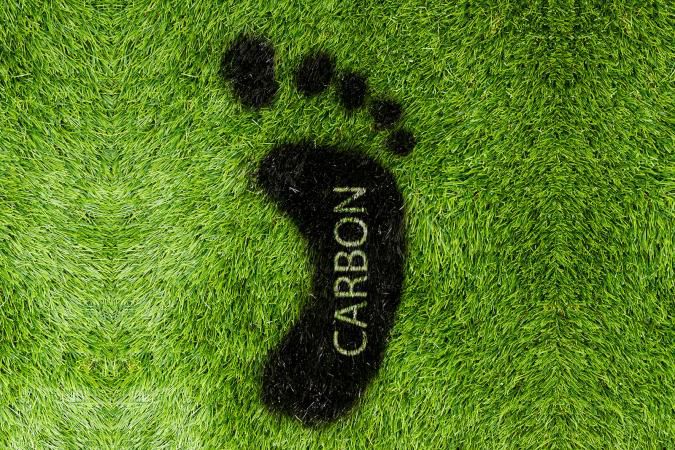