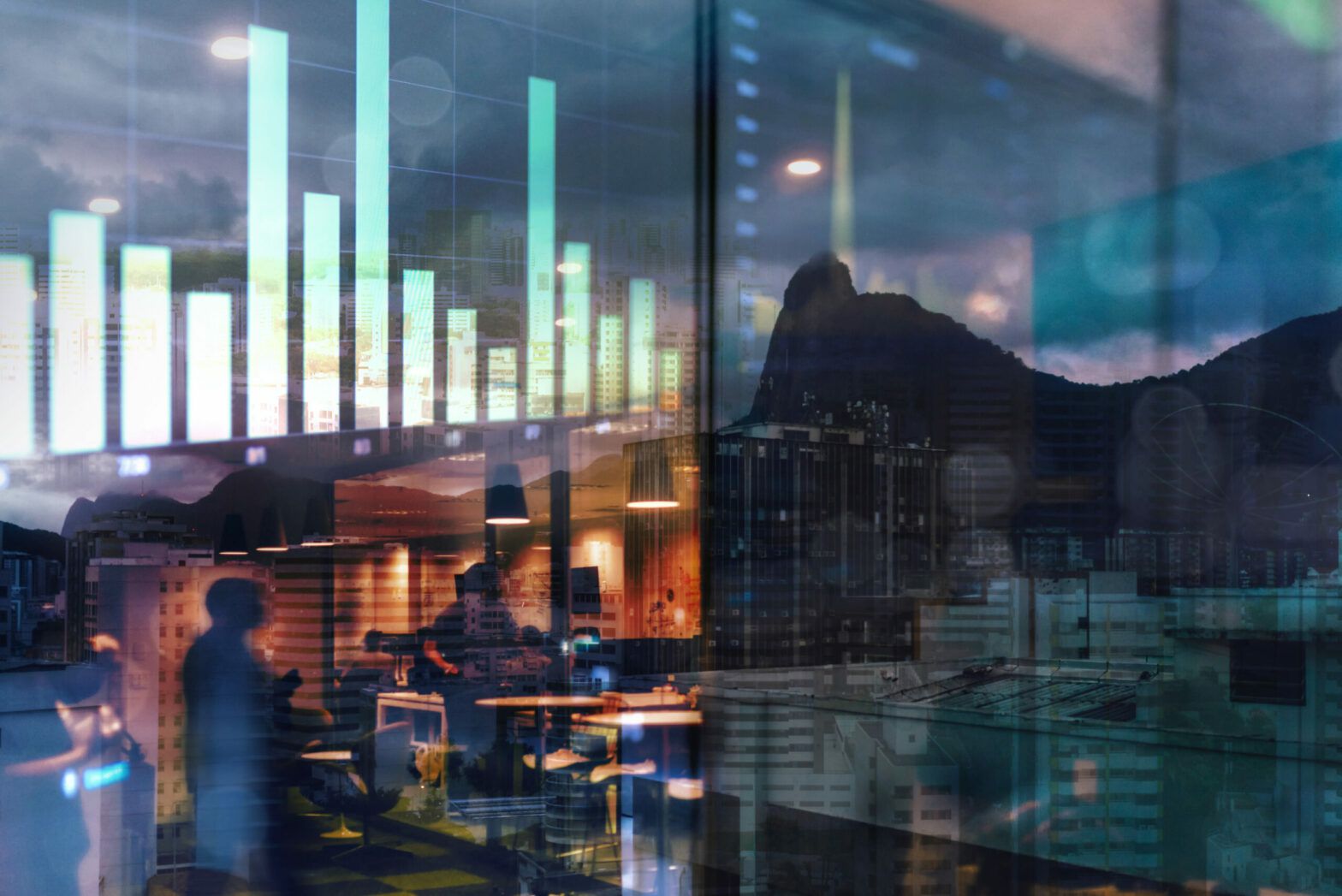 double exposure of data graphs and people in office in city

New research has found that major stock indexes in G7 countries are on average temperature pathway of near 3 degrees Celsius, with the UK and Canada topping the list.

The Science Based Targets initiative (SBTi) commissioned CDP and UN Global Compact to analyse the G7 countries’ leading indexes, including FTSE 100, S&P 500, France’s CAC 40 and the Nikkei 225 in Japan, and found that none are currently aligned with the Paris Agreement climate goals of 1.5 or 2 degrees Celsius pathway.

Alarmingly, four of the seven indexes are on a dangerous temperature pathway of 3°C or above.

The UK’s FTSE 100 and Canada’s SPTSX 60 were joint highest with 3.1 degrees Celsius. In Canada, this was due to 70% of its index being made up by fossil fuel companies.

Italy’s FTSE MIB and France’s CAC 40 were also significantly high at 2.7 degrees Celsius, and Germany had the lowest temperature alignment at 2.2%.

Lila Karbassi, chief of programmes, UN Global Compact and SBTi board chair, said: “G7 companies have the potential to cause a ‘domino effect’ of positive change across the wider global economy. This report highlights the urgent need for markets and investors to deliver on the goals of the Paris Agreement.”

At the recent G7 summit in Cornwall, country leaders of the G7 nations reaffirmed their commitment to the Paris Agreement to keep the 1.5°C global warming threshold within reach by accelerating efforts to cut greenhouse gas emissions through “strengthening adaptation and resilience to protect people from the impacts of climate change, halting and reversing biodiversity loss, mobilising finance and leveraging innovation”.

They agreed to phase out government funding for fossil fuel projects internationally – following a commitment made by the UK in December. They pledged to end all new finance for coal power by the end of 2021, matched by increased support for clean energy alternatives like solar and wind.

Firms were also encouraged to sign up to the SBTi’s Business Ambition for 1.5°C campaign to make their contribution to limiting the worst impacts of climate change ahead of the COP26 conference in Glasgow – 570 companies have already joined.

Alberto Carrillo Pineda, director of science-based targets at CDP and a steering committee member at the SBTi, said: “Ignoring climate science is like continuing smoking despite knowing the risks. Climate and environmental breakdown is the biggest health, economic and societal challenge of our time – it requires immediate action from the world’s largest companies. Today’s findings highlight vital progress, but show there’s more to be done to incentivize firms to set science-based climate targets and accelerate the pathway to net-zero.”