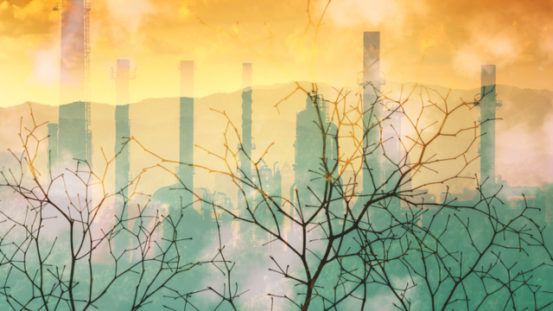 The G20 had pledged $641bn to energy sector recovery funding, with 45% of this directed to fossil fuels

Investors are missing out on clean energy opportunities as G20 countries turn to fossil fuel as part of Covid-19 relief programmes.

This was a finding from risk intelligence company Verisk Maplecroft. In its environmental risk outlook, it found as of April 2021, the G20 had pledged $641bn to energy sector recovery funding, with 45% of this directed to fossil fuels, compared with 38% towards clean energy.

G20 countries’ Covid relief programmes are doubling down on fossil fuels rather than embracing the opportunity to kickstart low-carbon economies, the outlook said.

“There is no longer any realistic chance of an orderly transition,” said Rory Clisby, one of the co-authors of the outlook. “Companies and investors across all asset classes must prepare for at best a disorderly transition and at worst a whiplash from a succession of rapid shifts in policy across a host of vulnerable sectors.”

Tracking those countries and sectors most at risk will enable asset managers to develop longer-term climate hedges against what are still effectively unpriced risks, the company said.

It added, sovereign debt investors, in particular, also have an opportunity to engage with policymakers and said collective action, such as Climate Action 100+ was the way forward. The outlook also urged corporates to lead the way in the transition rather than following regulators.

When it comes to regulation, G20 countries are still behind in being able to honours their pledges. The UK is leading the charge, but still lacks the regulation to deliver on its climate commitments.

It found the UK has closed the gap between its baseline emissions and its 2030 Paris Agreement target, halving its emissions since 1990. But its current policies do not support the zero-carbon electricity, transport and heating infrastructure needed to reach its new 78% emissions reduction target by 2035.

Other G20 countries fared even less well. The EU has upped targets to 55% by 2030 and rolled out a host of new sustainable investment policies. But individually countries such as Germany and France are still behind the UK.

And although the US has re-entered the Paris Climate Agreement, president Joe Biden will face barriers reaching his 50% emissions reduction by 2030 target. China is ahead of the US, having invested in renewable energy, strengthened power plant emissions limits, and transformed a network of regional emissions trading schemes into the world’s largest carbon market, but it still uses high-carbon power and has set less ambitious targets.

The G20 accounts for 80% of global emissions: if its best-performing member is struggling to meet its goals, then keeping the 2°C Paris Agreement target in sight will require widespread government intervention over the coming decade, Verisk Maplecroft said.

“Major economies like the US, China, the UK, Germany and Japan will need to yank the handbrake on emissions to meet agreed climate goals – at the same time as dangerous rises in extreme weather events play an increasingly disruptive role in the global economy,” said head of environments and climate change, Will Nichols.

“These conditions will leave businesses in carbon-intense sectors facing the most disorderly of transitions to a low-carbon economy, with measures – such as restrictive emissions limits for factories, mandates for buying clean energy, and high levies on carbon – imposed with little warning.”