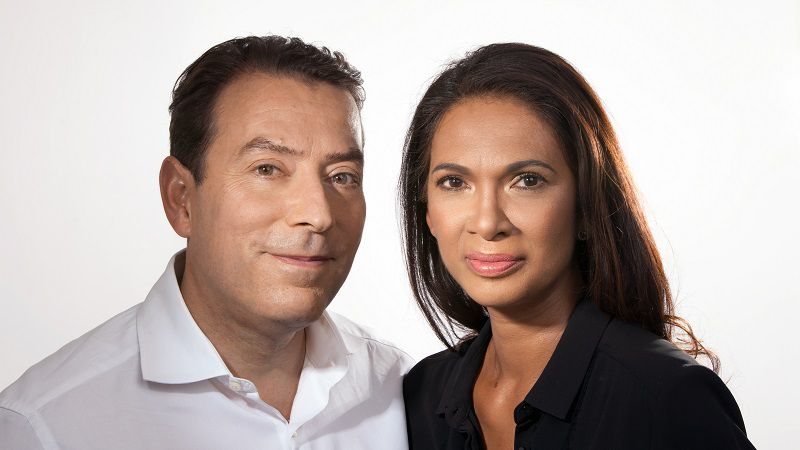 The FCA has been urged to launch an urgent review of the UK ethical investment sector as high-profile funds such as L&G Future World and Vanguard SRI products are revealed to have notable exposure to sectors like tobacco, gambling and defence.

Wealth manager SCM Direct examined a number of areas of the ethical investing space, including fund holdings and the classification of ethical funds on direct-to-consumer platforms. It argued the misclassified funds are being mis-sold to the UK public.

“The ESG sector is akin to the Wild West, yet once again the UK regulator, just as it with the recent Woodford scandal, appears to be asleep at the wheel, failing to protect the British public,” said Alan Miller (pictured left), who is co-founder of SCM Direct alongside his wife, Gina Miller (pictured right).

But the regulator argues SCM Direct has failed to acknowledge the work it is already doing on greenwashing. It pointed to its climate change and green finance paper published in October 2018.

“We require asset managers to be clear about their funds’ investment strategies and this includes clarity over any ethical investments they claim to make,” a spokesperson said.

Already, Fidelity has removed the “socially responsible” funds search category on its platform after the report revealed it created a shortlist of 49 funds despite only two – the FT Sustainable Water and Waste and Fidelity FIRST ESG All Country World funds – having any explicit reference to being specifically tailored towards ESG in their key information documents.

Morningstar had provided the categorisation.

Elsewhere the report raised concerns about funds touting themselves as socially responsible while still having exposure to sin stocks.

The L&G Future World ESG UK Index was named as the worst fund for exposure to tobacco, alcohol, gaming and defence sectors despite its “ethical” label.

The passive fund has a 5.25% weighting in Diageo and 3.05% in British American Tobacco. It had smaller weightings in companies like gambling business William Hill and defence company BAE Systems.

The sin stock exposure comes despite the fact LGIM has been running a high-profile advertising campaign, Own Your World, since June 2018, whereby it highlights the social and environmental impact investors can have with their funds.

The Vanguard SRI European Stock Fund did not have any tobacco exposure but was also criticised for its 5.7% allocated to alcohol, gaming and defence stocks.

Morgan Stanley Global Brands Fund had 6.83% in Philip Morris, its third largest holding, compared to 0.29% in the benchmark. The allocation comes despite the fact the investment policy explicitly states the fund incorporates ESG considerations into its approach.

When contacted, LGIM responded that it likes to maintain a “seat at the table” with companies that do not score well on ESG metrics and also highlighted that ESG does not equal ethical investment.

“The index fund referenced below does not aim to reflect personal ethical judgments on the suitability of various sectors, rather seeks to incorporate ESG factors into the construction and management of the fund,” a spokesperson said.

A Vanguard spokesperson said the SRI European Stock Fund excludes companies based on the UN Global Compact, based on issues around human rights, labour rights, environment, corruption as well as the manufacture of controversial weapons.

“There are different flavours to socially responsible investing,” the spokesperson said. “Investors should look closely at a funds methodology and exclusion policy to ensure it matches their beliefs. Vanguard aims to provide an option that is low-cost, broadly diversified, and can form a core ‘building block’ of investors’ portfolios.”