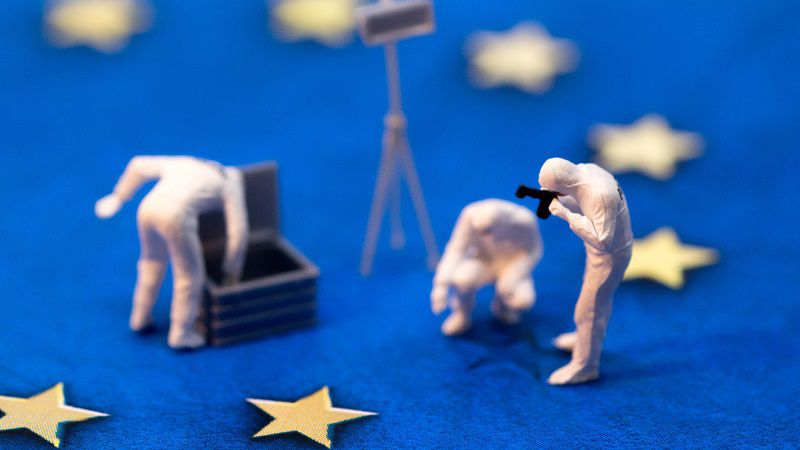 Deal will be a systemic solution for sustainable finance

The EU Green Deal, a set of policies and measures that aim to put the EU on a sustainable and inclusive growth path, will be the catalyst for a “systemic” revamp of its finance tools such as climate benchmarks, according to EU officials.

Currently, the main driver behind the EU’s Sustainable Finance Action Plan to increase investments in sustainable assets is built on ‘transparency’ and the Green Deal is expected to link the bloc’s sustainable finance plans to the real economy.

According to the European Commission, the Green Deal is “the EU’s response to climate and environmental-related challenges that aims to transform the EU into a fair and prosperous society, with a modern, resource-efficient and competitive economy where there are no net emissions of greenhouse gases in 2050 and where economic growth is decoupled from resource use”.

Sara Lovisolo, group sustainability manager at the London Stock Exchange Group and a member of the European Commission’s Technical Expert Group on Sustainable Finance (Teg), told ESG Clarity‘s sister title Expert Investor that transparency will be a key driver in the EU’s plans.

“Transparency across the investment value chain is what ultimately makes sustainable assets emerge, stand out and get access to capital at a lower cost,” says Lovisolo.

For example, transparency will disclose the sustainability preferences of retail investors, which will channel sustainable investments through banks, pension funds and insurance companies to asset managers, she explains.

It will also apply to environmental, social and governance (ESG) indices and funds, which “will have to demonstrate their sustainability credentials both ex ante and ex post”, Lovisolo says.

The EU Commission published the communication for its Green Deal in December last year. Whereas the Commission’s efforts focused before on creating a sustainable finance toolbox, the deal seeks a systemic solution.

An unnamed EU official told Expert Investor that the Commission had started to connect all the pieces before the Green Deal was unveiled, but says that they can more easily come together under the new Commission, led by its president Ursula von der Leyen.

As part of the Green Deal, the Commission will also present a renewed sustainable finance strategy.

The EU official says the strategy will include finding better ways in which public and private funds can be implemented efficiently via a broader investment plan to finance the Green Deal.

She notes that the strategy will, through a number of measures, also seek to improve information flows across different investment universes — at regional, national and European level.

“A part of the work that we’re currently trying to do with our colleagues is to figure out how we can make those investment universes talk to each other and make sure that the money actually goes where it needs to go,” the EU official adds.

But the EU official highlights there are a number of “systemic blockages that need to be fixed”.

Among these are solving the issue of an insufficient project pipeline to finance, reforming the EU emissions trading system and setting up a carbon border adjustment mechanism. In addition, carbon must be priced appropriately, also outside of the EU.

“We are looking at it systemically because it’s an issue that you can’t fix just by making one or two changes at the European level, which is why we will engage internationally through our International Platform on Sustainable Finance, but also through networks of finance ministers that already exist,” the EU official explains.

Status of the transition

“The EU is trying to lead by example and encourage other countries to follow. It’s clear that there is significant political commitment [for the transition], particularly within the European Commission.”

She also points to major policy commitments the bloc has made.

This includes a climate law to enshrine carbon neutrality in the EU by 2050 and the Just Transition Fund, proposed with an EU budget of €7.5bn. Meanwhile, the European Investment Bank announced it will stop lending to fossil fuel energy projects from the end of 2021, while the share of its environmental finance is planned to reach 50% of its operations in 2025 and from then on.

On the other hand, Heath explains that discussions on the nature and pace of the transition in key sectors are slowing down the shift.

Other challenges in debates include finding a balance between factors, such as energy security and job creation, and the need to urgently transition to a low-carbon economy, she adds.

Heath explains that transparency is at the heart of the sustainable finance plan because “regulators cannot – and in our view should not – regulate investment strategies”.

As “disclosure can be used as a tool to encourage behavioural change”, it can prompt investors and companies to understand and reflect on issues.

It demands, for example, that investors describe, if deemed relevant, how sustainability risks are integrated in investment decisions and have an adverse impact on investments in pre-contractual disclosures.

But this requires that investors have reliable and comparable ESG data by companies, which is currently lacking.

Michael Zimonyi, policy and external affairs director at the Climate Disclosure Standards Board, told Expert Investor that the planned revision of the Non-Financial Reporting Directive (NFRD) will play a key role to make this data available.

“To get to investor-grade information, we need two conditions: a wealth of experience on know-how, to report well, and effective regulation to make sure that we have information from companies across a portfolio.

“We’ve had 20 years of voluntary reporting and the time has now come to enhance reporting requirements through regulation,” he says.

Depending on a comprehensive review of the NFRD, and a well-implemented EU Green Deal, the EU’s planned climate benchmarks could become an important facilitator of the transition.

While the final climate benchmarks still need to be defined via delegated acts, index providers have already begun to design benchmarks based on the Teg’s recommendations.

Andrew Innes, head of Emea, global research and design at S&P Dow Jones Indices, says: “Effective climate benchmarks will be those which fulfil their climate-related goals and do so while delivering performance, as similar as possible to the traditional, market capitalisation-weighted benchmarks.

“Therefore, we believe both the quality of the climate data and the expertise with which it is implemented within the index construction process will be critical to the success of these indices in terms of increasing usage and facilitating the creation of index-based investment strategies.”

Manuel Coeslier, equity portfolio manager at Mirova and Teg member, believes that interest in the benchmarks will rise.

“In the short run, these benchmarks are expected to create interest around the question of climate ambitious investment strategies, both from investors and the issuer side.

“In the long run, a positive momentum around these benchmarks is expected to create incentives for companies to align their strategies with climate goals, as they will be rewarded through better visibility and access to financing,” he says.

With the rising price of carbon, investing in the EU’s climate benchmarks should become more and more attractive.

The PRI believes that, as the realities of climate change become increasingly apparent, it is inevitable that governments will be forced to act more decisively than they have so far.

The impact of the EU’s climate benchmarks will also depend on how well they will be able to balance the twin goals of performance and decarbonisation, while attracting investments.

The benchmark regulation seeks, among other things, a 7% year-on-year decarbonisation goal of its holdings.

In addition, it is looking for a 30% reduction in carbon intensity for the climate transition benchmark and a 50% drop for the Paris Aligned benchmark compared to the investment universes.

The EU official says that — while the benchmarks’ methodology should also support ‘green’ companies — the starting point of the Teg’s work was to look primarily at reducing emissions from polluting sectors as part of the objective to mitigate climate change.

The Teg chose this methodology, the EU official explains, because its mandate was to find out how a “substantial contribution” to climate change mitigation can be achieved.

The Commission plans to review the minimum standards of the benchmarks by the end of 2022 to ensure the holdings will be coherent with its taxonomy.

Coeslier adds that only certain companies are expected to fulfil the yearly decarbonisation goal.

“Companies able to contribute to this 7% decarbonisation at benchmark level will most probably be those that are able to adapt their business models to an economy on the path to carbon neutrality. These companies are therefore better placed to grow and show positive financial performance.

“It is, however, also a chicken-and-egg question since such financial products are needed to support the financing of a transition, which should at the same time be the basis of their performance,” he explains.

Another EU official comments that “we are not at all worried that this becomes kind of a niche”.

“Investors are waiting to use those [benchmarks] as soon as the Commission has finalised them and they are adopted,” he adds.