ESG pushed from the top-down in Asia 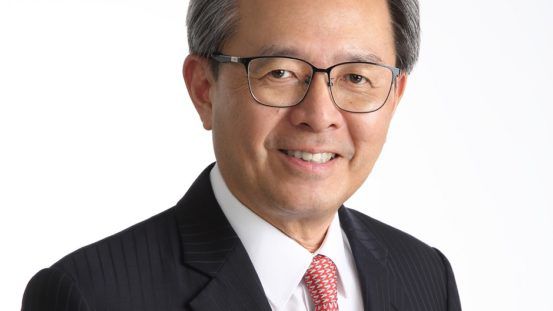 Lee believes Asia is not ready to embrace ESG investing.

“We are going through an education process. At this moment asset owners do not have a common understanding [of ESG],” he told FSA, adding that people in the region tend to associate ESG mainly with corporate governance.

He said that the trend of ESG investing is more of a top-down initiative and is not emerging from the bottom-up by regional investors.

“In Asia, ESG investing is still not initiated by the asset owner and to the extent that it is happening, it’s usually ‘top-down’, driven by regulators like the stock exchange.”

The widespread use of mobile devices promotes fund distribution through online channels, which results in lower costs

“In Asia, SWFs are usually much bigger than private funds,” Lee said. “Therefore, if the huge public funds can take the lead, they will set the tone for others to take ESG into consideration in their investment process. For example, Japan’s National Pension Fund is a good role model for ESG investing.”

The firm has 150 total staff, which includes 40 fund managers and analysts on the investment team, Lee said, adding that he has no plans to expand outside Singapore.

Global managers – Fidelity, UBS AM, Aberdeen Standard and Schroders among them – have been setting up onshore structures in China and are launching onshore funds to attract part of the Chinese investable wealth, which consulting firm Oliver Wyman forecast to double to $17trn by 2022.

“Although the potential market in China is huge, it’s very difficult to penetrate if an asset manager doesn’t have distribution. Also, foreign managers won’t have a competitive advantage in selling to the Chinese with RMB equity and bond funds.

“However, foreign managers, including Lion, would be interested in the ‘inside-out money’ of China which is destined for investments in markets outside China.”

Lee also sees opportunity with Chinese asset managers, who tend to have experience only in managing RMB-denominated shares and bonds, but not assets denominated in other currencies.

“For these other assets, the path of least resistance is to ask somebody to do it for them – white labelling.”

He added that LGI has the capability to manage RMB-denominated shares and bonds and hopes to manage the strategies for Chinese asset managers who want to expand offshore.

Reducing costs
Earlier this month, the firm launched the Lion Global All Seasons Fund series, which promises a globally-diversified portfolio of funds and ETFs. Lee said it is designed to survive under most market environments with the aim of keeping people invested during volatility and downturns.

“If people don’t stay investors they will usually sell during a crisis and buy during euphoria. We want to steer the extreme emotions away and, to do that, people have to go to a fund which is less volatile.”

Aimed at Singapore dollar investors, the fund has a low bar for entry: institutional investors with assets of less than S$5m ($3.66m) and individuals (minimum S$100) who buy through online channels. The relatively low total expense ratio is 0.5%.

Low fees and online distribution are responses to the fee pressure that the industry is experiencing, Lee admits.

He believes the widespread use of mobile devices promotes fund distribution through online channels, which results in lower costs.

“We are taking the position that more investors will be self-directed. Self-directed investment bypasses the middleman,” he explained.

As an example, he said if the asset manager has had to pay a trailer of 30bp to the middleman, “he now can keep 15bp for himself and pass on the other 15bp to the investor”.