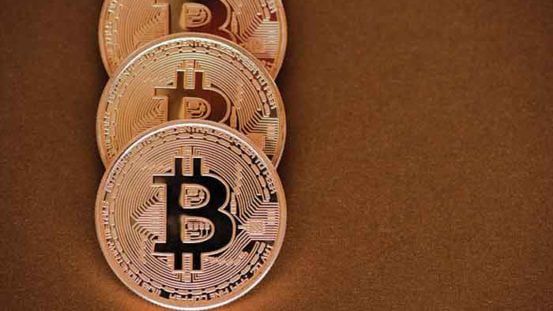 Cryptocurrencies should be viewed critically from an environmental, social and governance (ESG) perspective, according to a sustainable investments rating agency.

Cryptocurrencies should be viewed critically from an environmental, social and governance (ESG) perspective, but the blockchain technology that underlies them could have positive applications for democracy and economic inclusion, according to a sustainable investments rating agency.

Cryptocurrencies, such as bitcoin, are decentralised monetary systems that bypass intermediaries such as banks, while blockchain is a digital network developed to facilitate these digital currencies, although it increasingly is used for opportunities elsewhere.

Blockchain should be viewed neutrally from a sustainability perspective, according to ISS-Oekom, an ESG rating agency owned by proxy advisory service ISS. However, it raises concerns about criminal activity and environmental impacts when it comes to cryptocurrencies.

Its blockchain and cryptocurrencies position paper, seen exclusively by Portfolio Adviser, sheds light on how ESG rating agencies view the nascent currency, developed around 2008, and the technology behind it.

It even points to an example whereby blockchain can specifically help ethical investors by showing the flow of capital and therefore the actual use of capital, for products such as green bonds.

Criminals and carbon
From a negative perspective, criminal activity and massive energy consumption raise ethical concerns around holdings in cryptocurrency.

ISS-Oekom rates both corporates and governments, noting for the latter that countries with high concentrations of mining pools may be hit on issues surrounding energy usage.

In China, for example, where mining activities are concentrated due to the cheap cost of energy, the share of coal in the energy mix exceeds 60%. Company ratings could also take a hit if cryptocurrency usage impacts the energy intensity of the business.

Corruption and money laundering would also come under the spotlight, with the anonymity of bitcoin exploited by criminals, notably through the Silk Road – an online black market, which was shut down by the Federal Bureau of Investigation (FBI) in October 2013.

In June, the Financial Conduct Authority (FCA) contacted financial institutions to warn them of the risks of crime associated with cryptocurrencies.

The ISS-Oekom paper also raised concerns about labour and environmental violations in the supply chain of graphic chips, which when used at full intensity for cryptocurrency mining can have a lifespan of just a few months. Incidentally, the paper notes blockchain could improve supply chain transparency.

Democracy and transparency
On the plus side, the paper said blockchain could have applications that would be positive for ESG ratings.

For corporates, this could involve democratising financial products. It uses the example of cross-border payments of small sums, noting Western Union charges an average 7.5% on transactions, while blockchain would make the costs much more marginal.

Huge sums of money are being lost that could help improve living standards in developing and emerging countries, noting migrants transferred $440 billion (£334 billion) to their emerging market home countries in 2017.

E-voting via blockchain is named by the paper as another positive application with its transparency allowing manipulation or voter fraud to be easily detected and prevented. Furthermore, the simplified voting procedure could increase turnout and prevent discrimination against certain sections of the electorate.

Volatile investment
When it comes to cryptocurrencies, the negatives outweigh the positives for ethical investors, according to Whitechurch Securities investment manager Amanda Tovey.

However, Tovey does point out that bunny coin has been launched with a social impact in mind and gives back to charities. She adds there is an ideological movement behind crypocurrencies, which is skeptical of central banks and views the system as a move towards a true sharing economy.

Whitechurch is still very sceptical about bitcoin as an investment, she says.

“Cryptocurrency could well be the future. But until it is seen as a secure alternative to cash, with the right safeguards and can be carefully audited and sensibly priced, it is not going to form part of most people’s investment strategy.”