ESG investing is about to get a lot easier 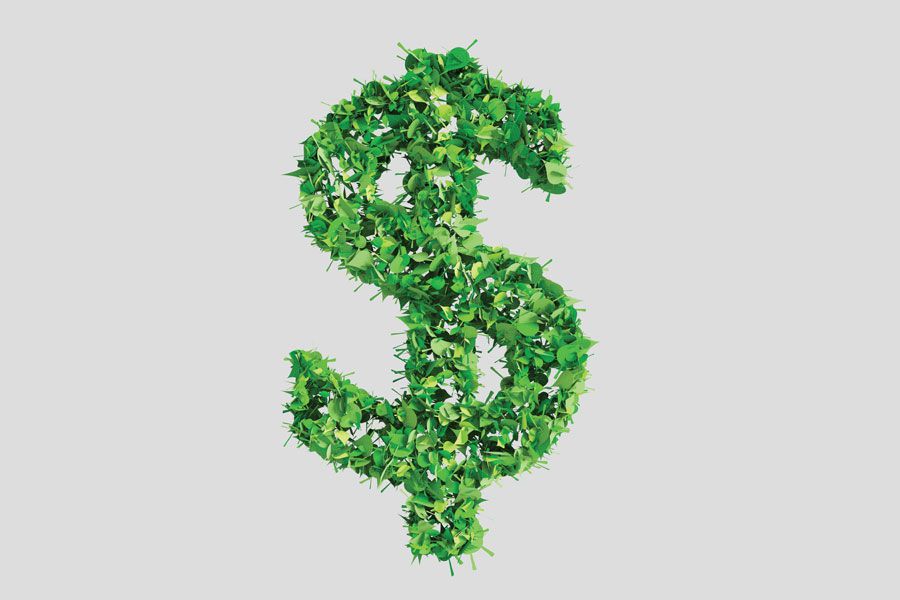 Both the Labor Department and the SEC are working on proposals whose thrust is to encourage the use of ESG factors, in an abrupt reversal of Trump administration policy.

Federal regulators are poised to facilitate sustainable investing in 2022 despite political opposition. They’re also likely to step up scrutiny of how financial advisers market and execute environmental, social and governance investment strategies.

Both the Department of Labor and the Securities and Exchange Commission are working on proposals whose thrust is to encourage the use of ESG factors, an abrupt reversal of Trump administration policy.

“Regulation goes from being a headwind to being a tailwind” for ESG, said Aron Szapiro, head of retirement studies at Morningstar Inc. “It’s a complete shifting of the winds.”

The DOL measure, which was introduced in October, says ESG factors can be material when retirement plan fiduciaries select investments and make proxy voting decisions. It also clarified that default investment options in 401(k) plans, such as target date funds, can utilize ESG factors.

Earlier last year, President Biden issued an executive order instructing DOL to promulgate new rules that would rescind Trump administration regulations that critics said would have chilled ESG investing in retirement plans. The DOL rulemaking is part of a government-wide effort by the Biden administration to address climate change.

Although the SEC is an independent agency, it also is making its contribution to climate policy, according to its latest regulatory agenda. It will propose a rule on mandatory climate-risk disclosure for public companies. In other ESG areas, the agency also is expected to propose disclosure rules on human capital management and board diversity.

As the regulatory agencies forge ahead, they are getting pushback from Republicans — both on Capitol Hill and at the regulators.

The top-ranking Republicans on the Senate committees with jurisdiction over DOL told the agency to withdraw its ESG rule in a Dec. 10 letter to Secretary Marty Walsh. They argued the regulation would allow plan fiduciaries to “pursue ‘woke’ ESG causes … rather than being solely focused on maximizing investment returns.”

In a sign of growing tension over ESG and other issues, Roisman announced in late December that he would resign from the SEC by the end of January. That would leave the agency with four members — three Democrats and one Republican — until the Senate confirms his replacement.

Despite the political resistance, both agencies likely will advance their respective proposals in the first half of 2022.

The comment period for the DOL ESG rule closed in the middle of December with anywhere from supportive input to strong backing from financial industry groups and ESG advocates. That in part reflects a market reality — the rapid growth of ESG investing.

“It’s clear that the current [DOL ESG] proposal is more in line with what the expectation of the investor is than were the rules adopted at the end of the Trump administration,” said Jennifer Klass, a partner at BakerMcKenzie. “Investors are looking for asset managers and fiduciaries to consider ESG factors in deploying assets and making investments.”

Julie Stapel, a partner at Morgan Lewis, made a similar assessment.

“We’re at a real turning point in how many different kinds of people want investment advice that incorporates ESG,” Stapel said.

Gensler has repeatedly said the SEC’s push on ESG disclosures is in part a response to investor demand for more information about sustainability.

“We’ll see the regulations proposed on a 3-1 vote, and then the comment period begins,” said Lance Dial, a partner at Morgan Lewis. “[Gensler] wants to get these out there. It’s part of his mandate.”

But before a final DOL ESG rule can be completed, the DOL will have to review hundreds of comment letters. Some industry participants worry that the proposal says a retirement plan fiduciary’s decision on an investment strategy “may often require an evaluation of the economic effects of climate change and other ESG factors.”

That language caught the attention of Lance Schoening, director of policy at Principal.

“The ‘may often’ wording has caused some uncertainty in terms of how much that changes the fiduciary’s obligation in terms of any investment analysis,” Schoening said.

Although there may be pushback on some details, the DOL is on a path to promulgating a final rule — likely by the summer, Stapel said.

“There’s ESG all along the spectrum of employee benefit plans,” she said. “The general consensus is the rule was helpful no matter where the fiduciary is on that continuum.”

ADVISERS’ USE OF ESG

In addition to expanding required ESG disclosures for public companies, the SEC plans to draft rules that govern how investment companies and financial advisers use and promote ESG investing. Another rule would set parameters on fund names.

The items — and a related risk alert the SEC issued earlier this year — appears to target so-called greenwashing. The agency wants to make sure that investors get what advisers promise when it comes to ESG.

“It seems the SEC thinks there’s a need for specific rulemaking in this area,” Klass said.

Advisers should not sit back and wait for the SEC and DOL to complete their rulemaking work before they begin to assess their own ESG practices.

“They should be aware of the new regulations so that they don’t oversell what their own processes are,” Dial said.

It’s likely all the ESG policy action will occur at the regulators because of political gridlock on Capitol Hill.

“There may be legislation, but none of it will pass,” Szapiro said. “The polarization on this [issue] is pretty extreme.”

That means that there likely won’t be legislative codification of any ESG regulations that may go final at the SEC and DOL. But that doesn’t mean they won’t be long-lasting.

For instance, Szapiro said the required ESG disclosures the SEC is working on will make it easier for investors to compare stock issuers on climate and other risks.

“Once you’ve got the investment community using this information, it’s fairly difficult to undo,” Szapiro said.