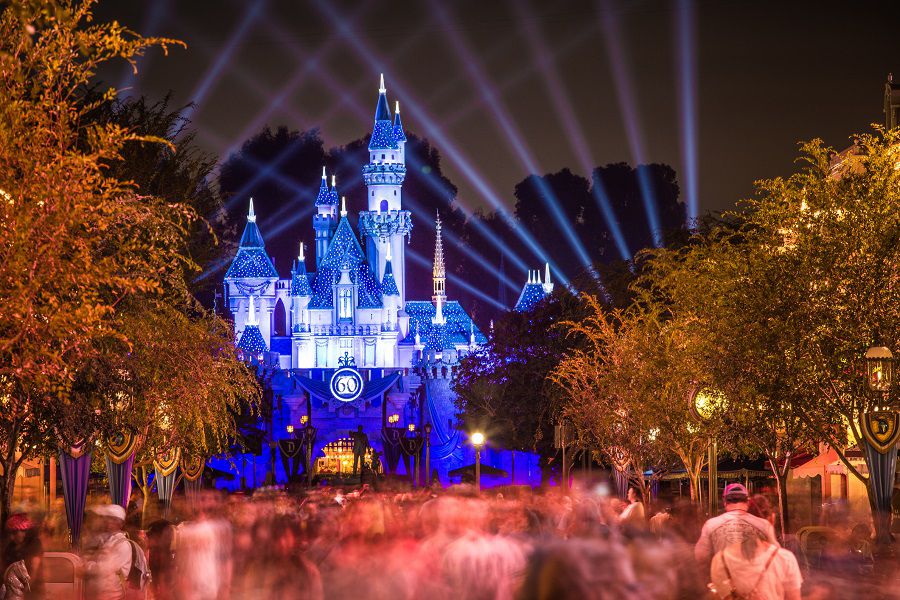 Anaheim, CA USA - September 3, 2015: Disneyland 60th celebration castle with people This year Disneyland celebrates its 60th aniversary of been open. On this day the park celebrated with fireworks and over 150 thousand people. People are exiting the park after a long day of fun and celebrations.

The Walt Disney Co. may soon shed light on its gender and racial pay gaps after a shareholder resolution passed Wednesday that the business had strongly opposed.

That proposal, which asks the company to report data on median and adjusted pay gaps, was approved by 59% of shareholders that voted by proxy at Disney’s annual meeting.

Disney currently reports figures for its gender pay gap in the UK but nowhere else in the world, said Julia Cedarholm, senior associate in ESG research and shareholder engagement at Arjuna Capital, which filed the proposal. In the UK, women’s median base pay at Disney is 12% lower than men’s and their bonuses are 25% lower, Cedarholm noted.

“Disney does not disclose adjusted or unadjusted median racial and gender pay gaps. Disclosure of these pay gaps is critical for Disney as it has faced multiple allegations of pay discrimination in recent years,” Cedarholm said in remarks at the annual meeting. “Last year, Black workers’ median earnings [in the U.S.] represented 64% of white wages, and women’s median earnings represented 83% of men’s wages. Actively managing pay equity is a business imperative, as it is associated with improved representation, superior stock performance and higher return on equity.”

The company had fought, unsuccessfully, to keep the proposal off its proxy statement, in part because it’s currently engaged in a class-action lawsuit over the alleged gender pay gap. However, over the past year, the Securities and Exchange Commission has deferred much less to public companies that have requested that shareholder proposals not be put to votes, and the agency denied Disney’s request to exclude the proposal.

Disney’s board also recommended that shareholders vote against the proposal. The proposal is “redundant and impractical, given current initiatives in place,” and the company is “committed to promoting gender and racial diversity and inclusion in [its] leadership ranks and broader workforce,” the board stated in the proxy proposal.

Whether the company will comply with the now-approved shareholder request for such data is the question. Disney did not immediately respond to a request for comment.

Arjuna Capital’s proposal asks for median and adjusted figures on pay gaps. The adjusted numbers would shed light on how much women and minority groups make compared with men and white workers in comparable roles. Median figures add another level of data, as they can show the level of underemployment — women and minorities disproportionally working in lower ranks than men.

The Disney vote is the latest in a string of shareholder victories at public companies and hints at more to come. Arjuna, which works with high-net-worth clients and institutions on sustainable and impact investing, has filed five similar pay-gap disclosure proposals for the 2022 proxy season that target Apple, Chipotle, Home Depot, Amazon and Lowe’s, as well as co-filing such a proposal at Target. Of those firms, Chipotle, Home Depot and Target “have now all agreed to publish the data requested in exchange for a withdrawal of the proposal,” Arjuna said in an announcement.

Last year, a similar proposal filed at Microsoft was approved by 40% of shareholders, although the company agreed after the vote to report on pay gaps, Arjuna noted. The investment firm counts 25 companies that it has compelled to make such disclosures since 2016, with Starbucks, Microsoft, Google, Citigroup and Adobe among them.

The pay gap resolution was one of five brought by Disney shareholders, and it was the only to receive a majority vote. Other proposals included one asking the company for comprehensive disclosures on its federal and state lobbying, including contributions to trade associations and social welfare groups. Another asked Disney to make an annual due diligence report on human rights.

“Investors are asking for a commitment to corporate political responsibility by disclosing all dark money payments to third-party groups that use that money to influence policy,” Lydia Kuykendal, director of shareholder advocacy at Mercy Investment Services, said during the meeting.

Sixty-three percent of shareholders voted against that proposal, according to proxy results.

Meanwhile, the proposal on human-rights due diligence was necessary, the group filing it said, in light of Disney’s business in China, including the portions of the movie “Mulan” that it filmed in Xinjiang, where the country’s Uyghur population has been subjected to forced labor, internment, sterilization and other abuses.

“Disney executives say they will not release any new films in Russia due to Vladimir Putin’s aggression against the Ukraine,” Paul Chesser, director of the National Legal and Policy Center’s corporate integrity project, said at the annual meeting. “Since when do ESG principles mean you get to support genocidal regimes in Asia, but you must oppose colonial warmongering in Europe? It seems like cognitive dissonance to me.”

Sixty percent of shareholders voted against the measure, the proxy results showed.

Shareholders approved all board members for their terms, and 84% approved Disney’s executive compensation in the say-on-pay vote.