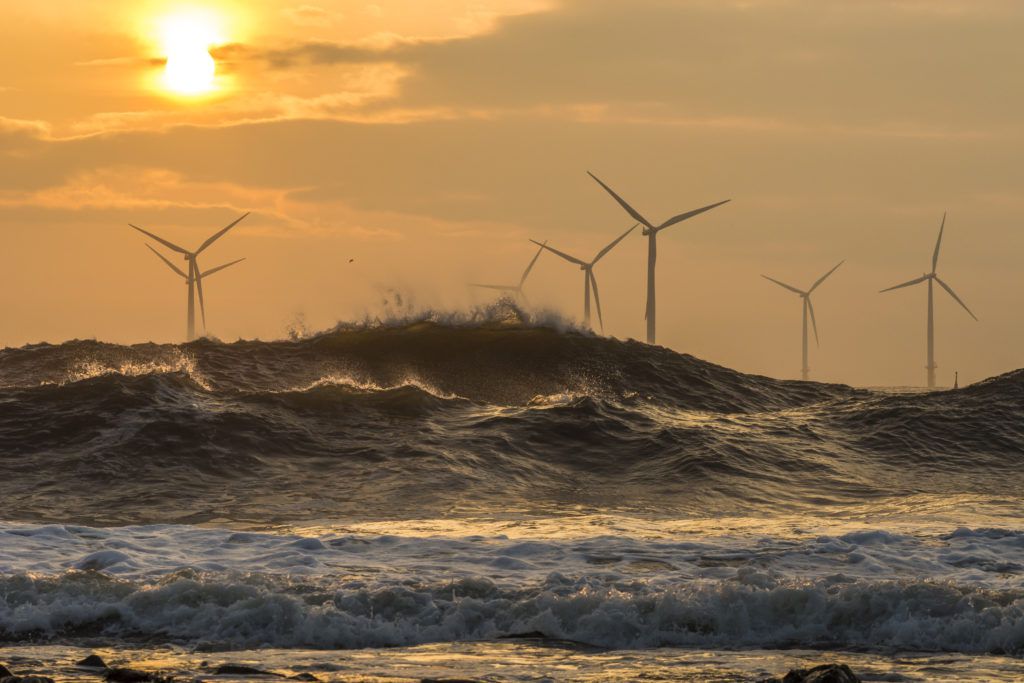 Wind turbines at sunrise off the North East coast

Around six percent of UK wind power generation has been wasted in the UK so far in 2019 and this could cost utility giant National Grid around £200m to manage.

As more wind power comes on steam, costs may even rise further.

Yet this challenge may spur its own solution by driving demand in the emerging market for battery energy storage, says specialist fund manager Gresham House.

The fund firm warns that while oversupply was meant to be an extreme event, it could be set to become almost a daily one. That will pile curtailment costs – where energy sources are temporarily shut off but have to be paid for – on to National Grid and ultimately UK consumers.

Lead fund manager Ben Guest says that the growth of renewables in the UK – especially wind dependent ones – is creating a huge challenge for the grid.

The demand for solutions is set to grow with the increase in low carbon energy sources meaning oversupply is likely even in periods of what would previously would have been regarded as ‘weaker’ weather conditions.

“We think of this as an essential infrastructure that you need to allow a cost-efficient energy transition to a renewables-dominated world”, he says.

“Our business model is predicated on actually capturing or reacting to price signals caused by the volatility of supply and demand on the grid, because of the intermittent nature of renewables and the fact that prices then can go very high and, increasingly, very low.”

Opportunity not weather dependent
He says the strategy is therefore non-reliant on subsidies and brings opportunities whatever the weather. It therefore behaves differently to other renewable asset classes.

The proposition has a social impact as well.

“We’re helping avoid the wastage of renewable energy, when there’s too much of it around. The cost of balancing the grid has a real impact and is really growing as a result of renewables reaching today’s levels of penetration.”

Guest says that increasingly UK offshore wind involves projects of up to 50 megawatts. He also notes that a megawatt of offshore wind capacity generates a lot more power than a megawatt of capacity for solar or onshore wind – five times or twice as much respectively. Of course the wind blows more consistently offshore.

Guest: Helping avoid the wastage of renewable energy
The strategy also pays heed to the contribution of nuclear in the energy mix – which is a must-run technology in that it can’t be turned off.

“No matter how much oversupply you might see on the grid, you cannot ask the UK to turn itself down quickly.”

He suggests that from this year onwards, you start to get oversupply much of the time, something that occurred due to high solar supply in recent summers but may now become the norm.

National Grid will have to step in
“Renewables that are mostly subsidized have really very little interest in taking their power off the grid, because they are paid just to generate. They really don’t care about what the price level is, so they don’t react to power price signals. At those times, National Grid has to step in and curtail generation to allow for it – it has to ask generators to turn themselves down. When you get to 2020 onwards, that’s going to be a permanent condition of the market.”

“We’ve seen in the press that coal was off recently for two weeks in its entirety, and gas generation is going to be forced off in a very similar way.

“These enormous plants take a long time to turn themselves on, and cost about £40,000 pounds in the case of gas, to do it every single time. It’s just not economical.

“That’s really the economic opportunity for the batteries and it enables more renewables installations to take place. If we don’t show up, National Grid will have to do more and more balancing by paying people to show up or to turn off when there’s oversupply.”

He says the estimate this year is that it may cost as much as a couple hundred million pounds to “kindly” ask wind generation to turn off and to pay wind generators that are turned off money for not generating. “It certainly means wasted power.”

At the start of a project, installation is technically quite similar in approach to a renewable project, but when operational it is very different.

The target NAV is a total return of 8.0 per cent per annum unlevered rising to 15% assuming 50 per cent leverage.

The fund has seeded assets in sites across the UK to a total capacity of 70 MW with the largest projects in Staffordshire and Wiltshire with pipeline projects this year and early next totalling 187 MW.